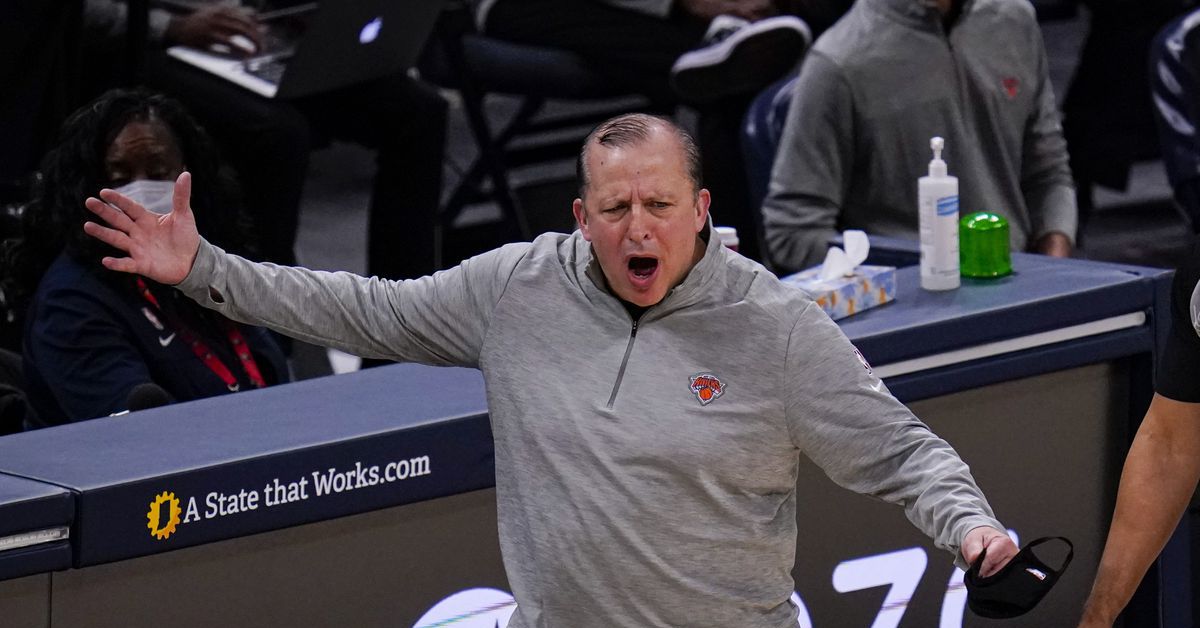 There were players heading to the locker room with injuries, a few flagrant fouls, tempers flaring, and some good old fashioned in-your-face playground defense.

The NBA has needed a Bulls-Knicks rivalry rekindled after decades of being dormant, and they might just have it.

As Thursday’s 104-103 Knicks win at the United Center showed, both teams are not only up-and-coming, but arrived. The good news was there’s still three more regular-season meetings with Round 1 in the books.

No one knew that more than Knicks coach Tom Thibodeau, who coached the Bulls for five successful seasons, but was also an assistant with the Knicks when Michael Jordan and Patrick Ewing were doing their tango in the 1990s.

“They’re both two great basketball cities,’’ Thibodeau said. “So there’s great appreciation for the subtleties of the game – hustle plays, the extra pass, the effort plays, the togetherness, the teamwork, the discipline.

“I just remember how fierce the games were. Back then, there were a number of great rivalries, the Chicago-New York one, the Miami-New York one, New York-Indiana. It was a great time in the NBA. Every night was a big night. Hopefully we can get back to that.’’

No doubt that steps were taken in this first meeting.

The loss was the first one for the Bulls (4-1) this season, and also came on the same evening that the franchise was honoring Joakim Noah for his nine years in the uniform.

However, it was also a grit check.

Down 13 with 2:13 left in the game, the Bulls came storming back thanks to defensive stops, as well as a clutch three-pointer by Nikola Vucevic with 40.7 seconds left that cut the lead to three. After a Kemba Walker miss, Zach LaVine took the easy dunk rather than trying to launch a three, cutting the deficit to just one with 9.5 seconds left.

Julius Randle was fouled, but gave the Bulls life when he shockingly missed both. After the timeout to set up the final shot, LaVine inbounded it, DeRozan had the option to hand it back to LaVine on the handoff, but chose to drive just outside the elbow, attempt the pump fake, and took the shot.

“Just tried to have a little misdirection,’’ DeRozan said. “Kind of rushed it at the end. I’ll live with it. It sucks.’’

And just like that the Knicks (4-1) pulled out the win, while Thibodeau improved to 8-2 against the Bulls since they fired him.

“I think DeMar got to a good area of the floor,’’ coach Billy Donovan said of that final shot. “The play was to drive the ball. It was supposed to be either DeMar or Zach. I had no problem with what they did on the play.’’

The news didn’t get better for the Bulls, either.

Starting power forward Patrick Williams went down hard in the third quarter and left the game with an injured left wrist, while LaVine was playing with a torn ligament in his left thumb. It didn’t seem to hinder the All-Star guard in the first half, as he led all scorers with 17 points, but he was definitely off in the second half, adding just eight points.

Whether that was the thumb or Thibodeau’s defense, it didn’t matter much. The thumb is going to be a slow heal and LaVine will just have to deal with it if he wants to continue playing.

“There’s certain things he struggles with that are uncomfortable for him,’’ Donovan said of LaVine. “He’s a pretty competitive, tough guy. He wants to play. It’s just how much pain he can tolerate and what he can do and can’t do.’’