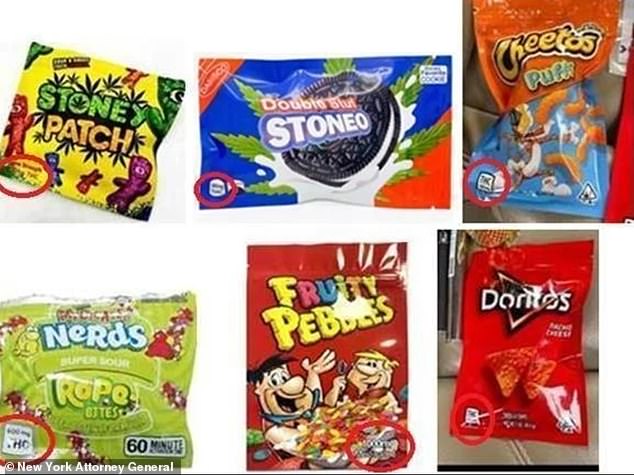 Attorneys General across the U.S. are warning parents to look out for cannabis edibles in their trick-or-treating baskets on Halloween.

Marijuana-laced snacks that resemble popular treats such as Sour Patch Kids, Nerds and others have become commonplace in recent years, especially as more states legalize and decriminalize pot.

Warnings have been issued by Attorneys General in New York, Connecticut and Ohio, among others.

These treats are expensive, though, leading many to doubt whether they are actually being distributed to children.

Ohio Attorney General Dave Yost, who warned of the edibles being given to kids earlier this week, told reporters he had never actually heard of an example of a child receiving one of these copycat treats on Halloween. 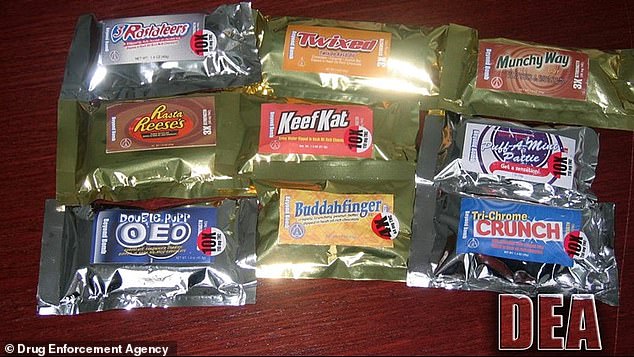 ‘The levels of THC in these fakes could have some real and devastating consequences for children,’ Yost said in a statement.

‘Parents need to be extra cautious, especially around Halloween, that these copycat products don’t wind up in treat bags.’

The Attorney General’s office reports that there was a 108 percent increase in calls to Cincinnati Children’s Hospital Medical Center Drug and Poison Information Center in 2020 due to cannabis ingestion by children when compared to 2019.

‘Individuals and companies responsible for putting these illegal edibles within the reach of children should reconsider how they choose to make profits,’ the statement reads.

‘Also, sellers should know they may be subject to legal action and substantial civil penalties.’

The edibles are often placed in packages resembling popular candy, with slightly altered names and graphics.

They are laced with tetrahydrocannabinol, or THC, a chemical in marijuana that has psychoactive ingredients and could cause hallucinations in some people. 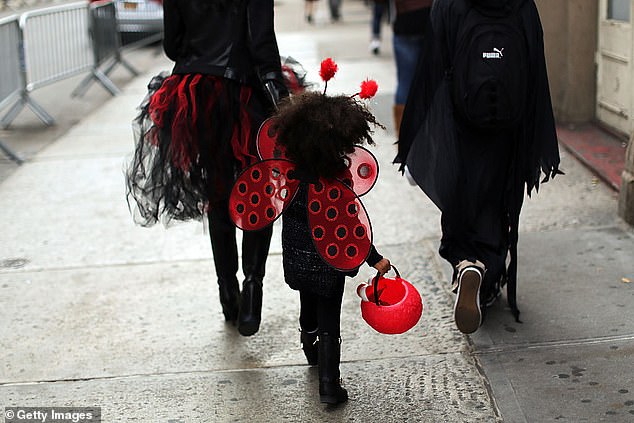 Cannabis infused products packaged to look like popular treats could be dangerous to an unsuspecting child. Pictured: A child is escorted by her parents as she Trick-or-Treats in New York City on Halloween, 2015

Officials say a child, or anyone not paying close attention, might not realize the differences before eating the candy, and accidentally ingest cannabis.

After Yost’s statement was released, local reporters asked his office if he had even encountered such a case in Ohio, for which his staff replied ‘no.’

He received criticism from local media, including from The Columbus Dispatch, which reports that there are no documented cases of a child ever receiving cannabis-laced treats on Halloween.

While warnings like these are frequent, and almost a yearly tradition of Halloween, actual cases of poisoned or drug laced candy rarely, if ever, occur.

Yost’s was not the only office that issued such a warning, however.

‘Accidental cannabis overdoses by children are increasing nationwide, and these products will only make this worse.’

Letitia James, the New York Attorney General who recently announced a run for governor, issued a similar warning this week.

‘These unregulated and deceptive cannabis products will only confuse and harm New Yorkers, which is why they have no place in our state,’ she said in a statement.

‘It is essential that we limit their access to protect our communities and, more specifically, our children.’

Marijuana reform advocates say that the odds of someone giving out these copycat candies to children at the door are extremely low, though. 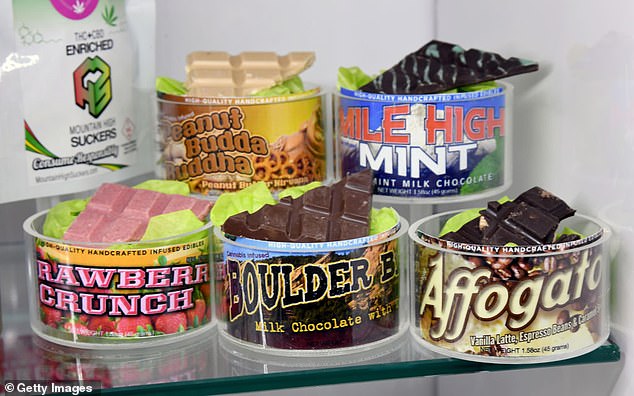 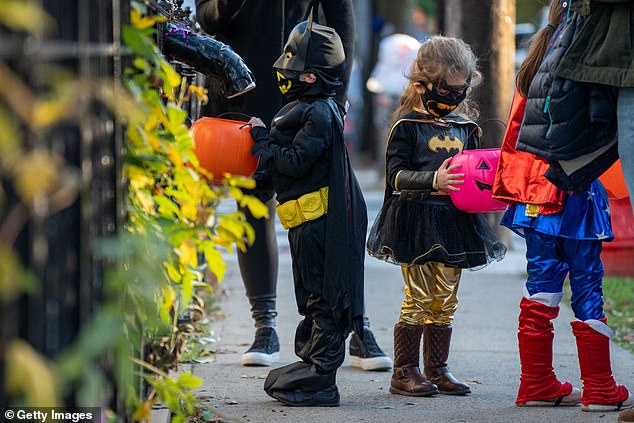 While parents are warned yearly that their children may be given drug laced candy, it happens rarely, if ever. Pictured: Children in New York City go Trick-or-Treating on Halloween of 2020

“From an economics perspective, it makes absolutely no sense that someone would go out there and spend hundreds and hundreds of dollars on marijuana edibles just to give them to kids who then walk away and they never see again,” Erik Altieri, executive director NORML, a marijuana reform advocacy group, told KYTX in Longview, Texas.

A small pack of these candies can cost upwards of $20 to $30 each and with dozens of children appearing at any given door on Halloween night, the price of distributing them would rack up quickly.

The Centers for Disease Control and Prevention does warn about these drugs, though, saying that edible or drinkable marijuana products put someone at a higher risk of poisoning themselves.

Since they take longer to go into effect than just smoking marijuana, a person may take more than they should and poison themselves.

The effect of edibles could also last longer than someone expects.