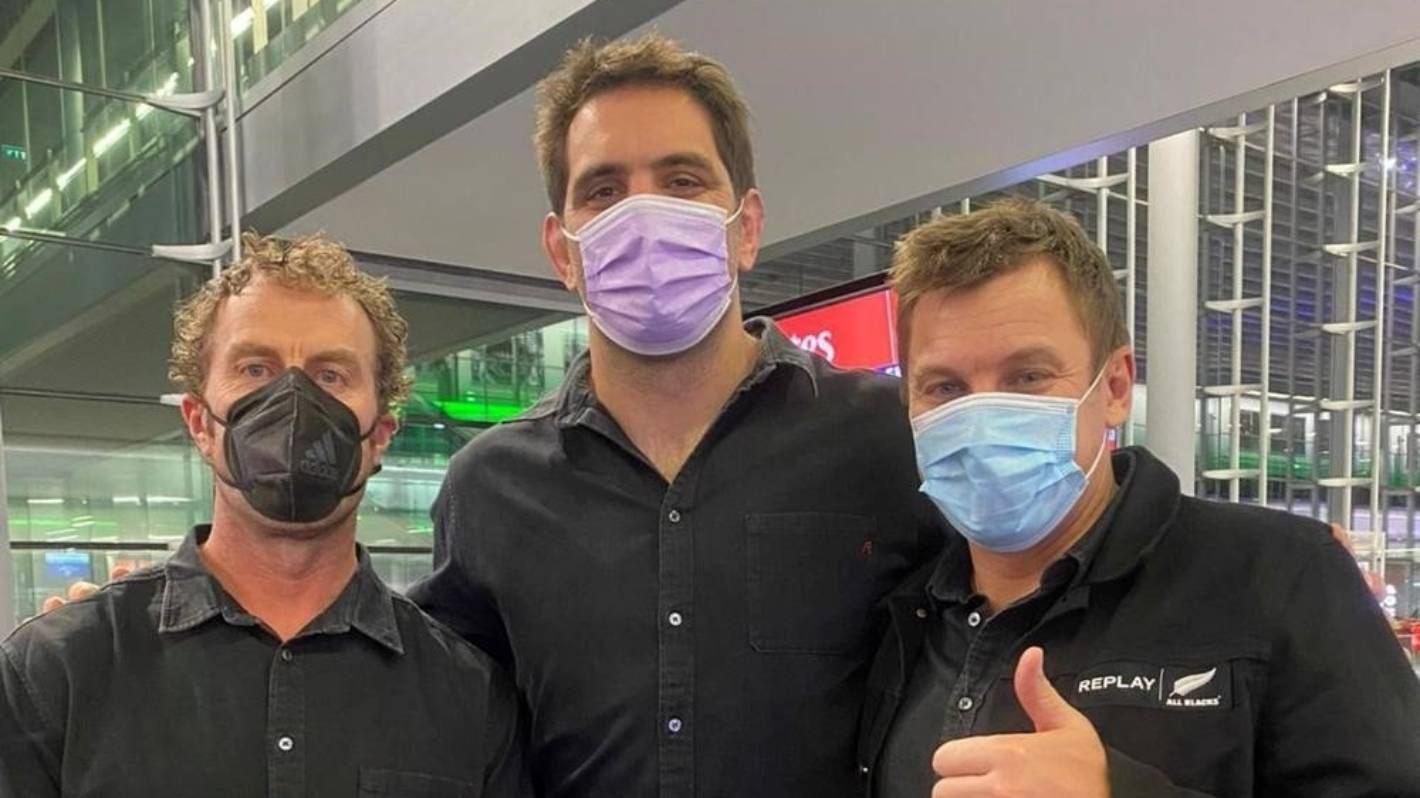 There are fears there may be nausea and a few “raw” butts as All Black’s captain Sam Whitelock, head trainer Nic Gill and assistant coach Brad Mooar gear up to put their bodies on the line for cancer prevention.

The trio, who are isolating in a Managed Isolation and Quarantine (MIQ) facility after returning from the Northern Tour, will spend a full day cycling on indoor bikes, starting 7pm on Thursday.

They are taking on the gruelling challenge with the hope of raising $100,000 for early bowel cancer detection and in dedication to their close friend and former All Blacks logistics manager Kevin “Chalky” Carr who died from pancreatic cancer in 2018.

Before his death, Carr created the Chalky Carr Trust, which raises money to help people living with cancer.

READ MORE:
* All Blacks trio attempt 24-hour cycling challenge in MIQ for cancer prevention
* Diagnosed with bowel cancer at 36: ‘Even the specialist thought I was too young’
* Both her parents had bowel cancer, now Rachel Afeaki-Taumoepeau is raising awareness for Pasifika people

The trio’s attempt will be broadcast via Zoom, allowing anyone to jump in on the video-call and track their progress.

It’ll be their first ever 24-hour indoor cycling attempt, which was “a bit daunting”, Gill said.

He said the marathon ride would be filled with “peaks and troughs” and he expected their bodies will be feeling it by the end, but “it will be a breeze” compared to what cancer patients are dealing with daily.

“It’s going to be tough… we’re in the middle of adjusting from jet-lag too, so we have no idea how we’re going to feel for the 24 hours.

“We’re just going to go through a little bit of hurt to raise some funds and some awareness for a great man and a great cause.”

As a bit of added motivation, Gill has his eyes set on beating the current record of 755kms cycled in 24 hours. He’s also stocked the team with about “four days’ worth” of fluid and food to help their bodies replenish the mammoth amount of calories they’ll be burning.

Having some food and drink about every 15 minutes will help get them through the gruelling challenge, he said.

“We’ve gotta put petrol in the tank, it’s no different to driving your car for 24 hours. You can’t just fill up the tank once and hope you get to the end point.”

He encouraged those who could to join the online stream of the challenge.

“[It] could be an interesting watch, Sammy (Whitelock) could be vomiting – it’ll be great dinner-time TV.”

Gill also expected the team would have “raw” backsides by the time they reach the latter parts of the ride. He had stocked up on “a few kilos” of anti-chafing cream in preparation, he said.

Whitelock, admitting he’s “a bit stubborn”, said he would be pushing to get “one more” than Gill, but hoped he didn’t embarrass himself in front of the online audience.

Reflecting on Carr’s caring nature, Whitelock said he had a huge impact on everyone he knew.

“To sum Chalky up, he just couldn’t do enough for you, and I think that trait has been passed on to anyone that’s been around him – hence why the three of us are going to have a very sore backside in a day’s time.”

Mooar said the huge amount of work Carr had done to support those with cancer before his death, and the work that is still ongoing with the trust, would keep him pedalling through the pain.

He said Carr was “driven to leave a legacy and allow for people to get a better early diagnosis than he got”.

Carr was “a huge example to us of how to live”, he said.

Approximately 25,000 Kiwis are diagnosed with cancer every year, most commonly breast, lung, prostate and colorectal (bowel) cancers. Lung and colorectal cancer account for most cancer deaths each year (about 1700 and 1200, respectively).

It is “such a tragedy and travesty” that Kiwis are at risk because of a lack of early detection, Mooar said.

“It seems such a simple solution, so whatever we can do on the back of Chalky’s inspiration is so valuable and worthwhile doing, and it’s those attitudes of gratitude that drive us through.”

Anyone wanting to donate to the cause can visit the All Black trio’s Givealittle page or the trust’s website. Those wanting to tune in online can do so at: https://nzrugby.zoom.us/j/85604347684.