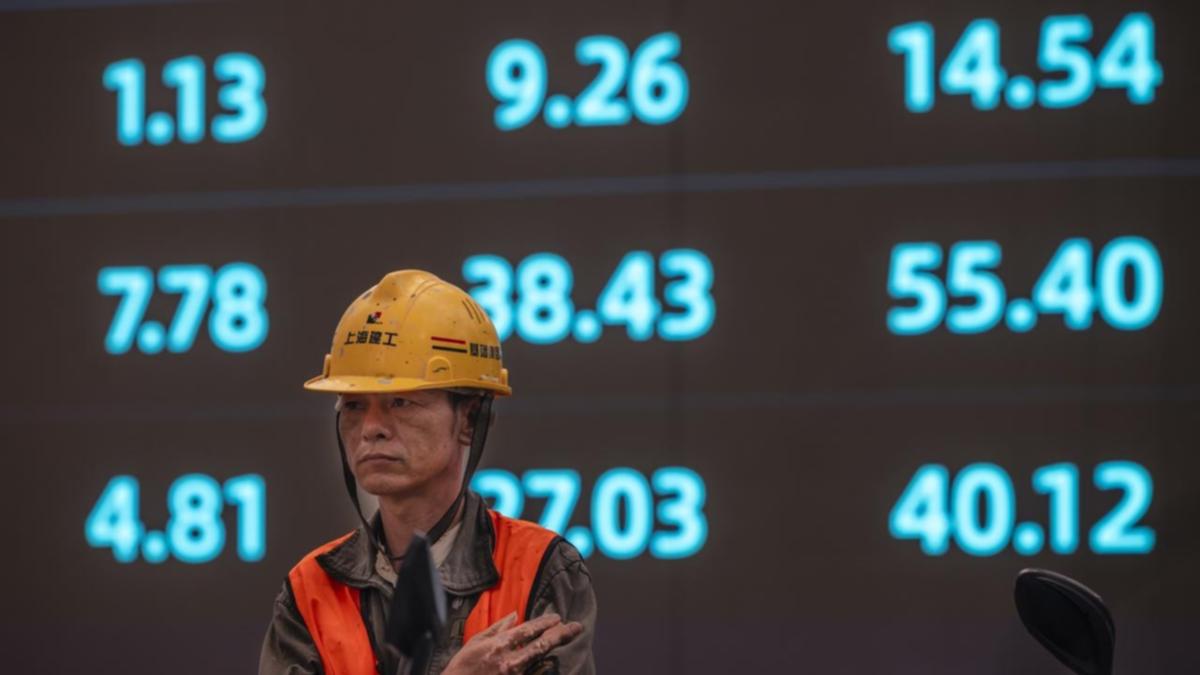 Asian shares are on edge ahead of the release of Chinese economic data for the third quarter, as investors fret about the health of the world’s second-largest economy even as US companies report strong quarterly earnings.

Oil prices hit new multi-year peaks, continuing their recent surge amid a global energy shortage, with US crude at a seven-year high and Brent at a three-year high.

Meanwhile, bitcoin was within sight of its all-time high, sitting at $US62,500 and not far from April’s record of $US64,895, having gained last week on hopes US regulators would allow a futures-based exchange-traded fund.

MSCI’s broadest index of Asia-Pacific shares outside Japan was little changed in early trading on Monday, off 0.07 per cent, while Japan’s Nikkei lost 0.12 per cent. US stock futures, the S&P 500 e-minis, were down 0.13 per cent.

The Chinese data dump is likely to show gross domestic product (GDP) grew 5.2 per cent in July-September from a year earlier – the weakest pace since the third quarter of 2020, according to the median forecasts of 56 economists polled by Reuters.

Barclays analysts said in a note they expected GDP to slow “in view of persistent weakness in consumption and services amid repeated COVID outbreaks, and the fading of the low year-earlier base.”

Investors also pointed to power shortages, supply bottlenecks and rising jitters over the property sector, as the saga over the fate of beleaguered property developer Evergrande rumbles on.

Yi Gang, the governor of China’s central bank said on Sunday China’s economy was “doing well”, but faced challenges such as default risks for certain firms due to “mismanagement”.

Elsewhere, investors are continuing to position themselves for the US Federal Reserve to start tapering its massive asset purchases this year.

The yield on benchmark 10-year Treasury notes rose to 1.5904 per cent on Monday, heading back towards the four-month high of 1.6310 per cent hit early Tuesday, before a wobble later in the week.

Analysts at CBA said they expect US rates can lift further as inflation pressure builds, supporting the US dollar which “has further upside on our view”.

The British pound could gain on the dollar this week as “UK economic and inflation dynamics support the upward shift to the UK interest rates”, while the Chinese yuan traded off-shore could be hurt by Chinese GDP data, they added.

In early trading on Monday, most currencies were quiet. The US dollar was little changed against a basket of its peers at 93.992, off its one-year high of 94.563 hit last Monday, while the yen hovered near its almost three-year low against the US dollar.