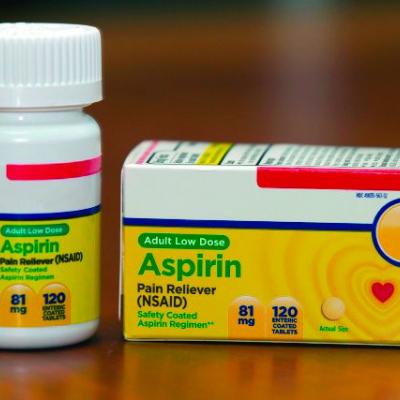 Women with systemic lupus erythematous (SLE) who are at risk for preeclampsia may benefit from timely treatment with low-dose aspirin and perhaps hydroxychloroquine, according to German researchers.

In a prospective, real-world study of 190 pregnancies in 148 women (average age, 30 years), the use of low-dose aspirin starting around the 16th week of gestation was associated with a lower risk for preeclampsia than was no aspirin use (adjusted odds ratio [aOR], 0.21; P < .05).

The use of hydroxychloroquine starting in the first trimester had a “moderating effect,” said Isabell Haase, MD, a senior clinician scientist in the department of rheumatology at Hiller-Research Unit, Düsseldorf, Germany. Although this was not a statistically significant effect (aOR, 0.47; P = .21), the association strengthened if only high-risk pregnancies were considered (aOR, 0.28; P = .075).

“I think this once more shows us that counseling and risk assessment in our lupus patients is very important to find out those with the highest risk and treat them as good as possible,” Dr. Haase said at an international congress on systemic lupus erythematosus.

“Women with SLE face a high risk of preeclampsia because of their autoimmune disease,” Dr. Haase explained. “This [risk] can be further increased if a woman carries additional risk factors, like hypertension or lupus nephritis.”

Low-dose aspirin is known to protect against the development of preeclampsia in women without autoimmune disease if started before the 16th gestational week of pregnancy, Dr. Haase added. That is why it’s recommended by both the American College of Rheumatology and the European Alliance of Associations for Rheumatology.

“For hydroxychloroquine, we only have some small studies and its mechanism of action that lead us to the idea that it could also have a beneficial effect on preeclampsia in lupus patients,” she said.

The aim of the study was to see in a real-world cohort whether there was any beneficial effect of either aspirin or hydroxychloroquine regarding the development of preeclampsia.

The researchers used prospectively collected data from pregnancies seen at an outpatient pregnancy clinic during 1995-2019. They used multiple logistic regression to determine whether there was any effect of four treatments on the development of preeclampsia: aspirin (n = 39 patients) or hydroxychloroquine (n = 39) alone, in combination (n = 43), or neither drug (n = 69).

Overall, 56% of the women had significant risk factors for preeclampsia, including a prior history, multifetal gestation, chronic hypertension, lupus nephritis, or antiphospholipid antibodies (aPL). A further 28% had moderate risk factors, including not having had children, a body mass index >30 kg/m2, and being older than 35 years.

The overall rate of preeclampsia in the study population was 13.2%, “which is in line with other studies in lupus pregnancies,” Dr. Haase said. Rates in each of the four treatment groups were 15.4% with aspirin alone, 7.7% with hydroxychloroquine alone, 14% with both drugs, and 14.5% with neither.

The odds of developing preeclampsia were lower with both aspirin and hydroxychloroquine. Factors that raised the odds were high disease activity in the first trimester (aOR, 4.55), a BMI of >30 kg/m2 (aOR, 6.14), having high-risk aPL or antiphospholipid syndrome (aOR, 8.02), and a history of preeclampsia (aOR, 9.78).

“I think that our attitude in looking after lupus patients [changed] during this time,” she said.

“As an example, I think that we probably use less corticosteroids now than in the 90s,” she said.

When asked whether changes in practices have influenced the findings, she acknowledged, “You can see that the prescription of the different medications has changed a lot. We also thought that we have to take into account the years as a confounder, but we haven’t statistically analyzed that, but it’s definitely something that we are going to do next.”

A version of this article first appeared on Medscape.com.