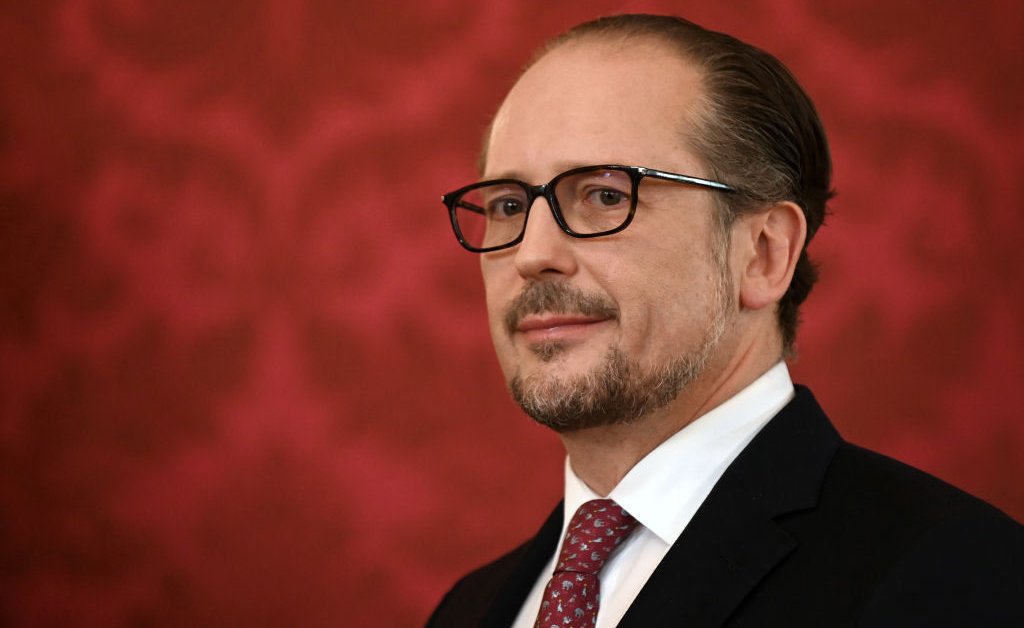 Austria’s new Chancellor Alexander Schallenberg vowed to work closely with his predecessor and future party whip, Sebastian Kurz, who was reduced to a parliamentary role by a corruption scandal.

The new premier, almost two decades older than Kurz, said he’ll continue to work along the lines of a coalition program signed with the Green Party in 2020. That includes a wide-ranging tax overhaul that puts a price on carbon-dioxide pollution, he said after his inauguration on Monday.

Schallenberg, who has been serving as foreign minister, will need to pick up the pieces from the Kurz era and answer questions over whether it is really over. In his first comments after his appointment, the chancellor didn’t totally dispel the notion that the wily 35-year-old political survivor will be allowed to keep pulling the strings from the sidelines.
[time-brightcove not-tgx=”true”]

“I will of course work work very closely with Sebastian Kurz” as head of the People’s Party parliamentary group, Schallenberg said after his appointment. “Anything else in a democracy would be absurd.”

Kurz pledged an orderly handover of power before his swearing in as lawmaker, scheduled for Thursday.

“One thing is clear: I am not a shadow chancellor,” Kurz said in a statement Monday.

Events had caught up with Kurz by the weekend. On Friday he was resisting pressure from his junior partner, the Greens, to quit after prosecutors raided offices in the Chancellery as part of a bribery investigation. But the chorus of critics kept growing, and he was facing a vote of non-confidence Tuesday.

By Saturday evening, Kurz hastily summoned the media to announce he would step aside in favor of the man he hand-picked to represent Austria’s foreign policy in his second government.

By departing largely on his own terms, Kurz is trying to stay a step ahead. Most of the key allies who helped his rise to the top will remain in government as he tries to clear himself of potential criminal charges in at least two separate investigations.

“On the surface, this is one step back,” said Thomas Hofer, a political analyst and consultant in Vienna. “But Schallenberg is a very close ally and would step down the very minute Kurz tells him.”

It was 48 hours of political turmoil in central Europe, often caught in the middle of geopolitical tensions between east and west, and complicated ties to Russia and China. In the neighboring Czech Republic, scandal-ridden Prime Minister Andrej Babis unexpectedly lost by a razor-thin margin and his protector, the president, was rushed to hospital.

Kurz has shown resilience, and a deft touch, when faced with previous corruption allegations. In 2019, two years into his first government, he called snap elections after the leader of his far-right coalition partner, the Freedom Party, was caught on a leaked video tape offering favors to a woman posing as a Russian oligarch’s niece.

Kurz bounced back stronger than before with a carefully-choreographed campaign, and swam the ideological divide to form a coalition with the Greens. It was an early sign that the poster child of the anti-immigration populist movement in Europe was comfortable with compromise and could follow the zeitgeist.

The problem this time around, is that Kurz is directly implicated. He and nine others are suspected of funneling federal funds to a newspaper publisher in return for favorable coverage that helped fuel his meteoric political rise.

Kurz has denied the allegations.

The legal proceedings may drag on for years, weighing on his reputation. Any public backlash may soon be visible: a slump in opinion polls for his party in left-leaning Vienna could be an early signal.

In a televised speech late Sunday, President Alexander Van der Bellen said he wouldn’t sweep the scandal under the carpet and called on politicians to regain people’s trust.

The parliamentary math, though, is in Kurz’s favor. Without his People’s Party the Greens would have to form a messy and awkward coalition with different opposition parties including the far-right. The resignation offers Kurz a potential path back to power and to the Greens a chance to gain the upper hand and impose more ambitious climate policies such as a tax on carbon emissions and cheap train tickets.

“I think the chances are now good that the government will hold on until September 2024 when the next general election is scheduled,” Werner Kogler, vice chancellor and leader of the Greens said Monday.

The opposition Socialists blasted the Greens for squandering an opportunity to end the “Kurz System.”

This new chapter in Austrian politics, at least for the foreseeable future, won’t feature Kurz front and center. Green parliamentary whip, Sigrid Maurer, ruled out his return to power during the current legislative period ending 2024.

There is also the matter of winning back the trust of influential state leaders of his party. One has projected an expulsion for Kurz if courts found him guilty.

For the People’s Party, one of two groupings that have exerted the most influence since 1945, Schallenberg’s appointment is a return to more traditional style of governing which had been lacking under Kurz’s polarizing leadership. The millennial chancellor often aligned himself with Europe’s fiscal hawks, including the Netherlands, while giving space to the likes of President Viktor Orban in neighboring Hungary to test the limits of the EU’s rulebook.

Kurz dropped out of college to pursue politics as a career. By contrast, Schallenberg is a chain-smoking foreign-policy expert with a background in law and a descendant of one of Austria’s oldest families.

—With assistance from Zoe Schneeweiss.