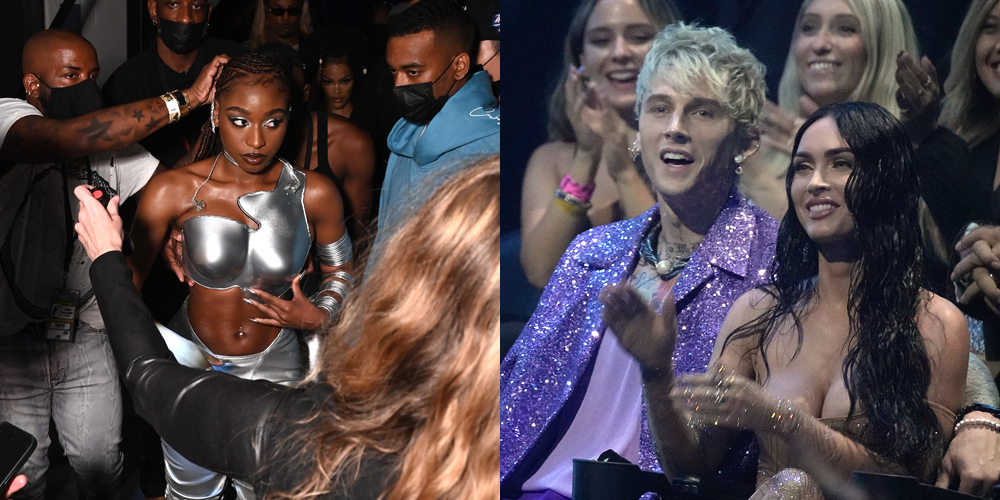 There were a lot of moments at the 2021 MTV Video Music Awards that you didn’t get to see on TV, but thankfully photographers were there capturing everything!

We have some great photos that were taken backstage and in the audience during commercial breaks at the VMAs on Sunday night (September 12) in New York City.

Billie Eilish was seen sitting in the audience with her brother Finneas, but she also spent some time in the crowd with rapper Travis Scott.

Justin Bieber kept a low profile at the event in oversized clothing and a hood over his head. He was seen sitting next to his wife Hailey in the audience.

Make sure to check out the full list of winners from the awards show.