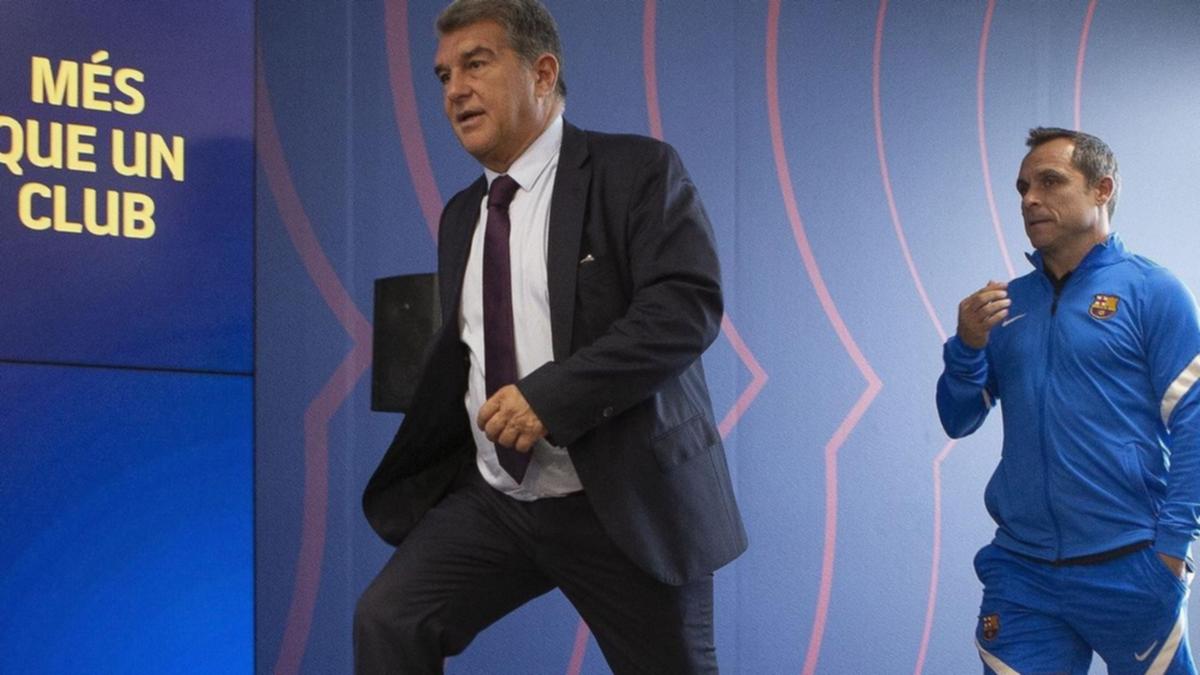 Barcelona are considering other possible coaches besides former player Xavi Hernandez to take over for the fired Ronald Koeman, the club’s president has said.

Joan Laporta faced a barrage of questions on Friday about the widespread speculation linking Xavi to the position. Each time, he lauded the former midfielder while not revealing details of the job hunt.

“The name of Xavi is all over the news but Barca has other options,” Laporta said, without naming names.

“I have never changed what I say about Xavi. One day he will become the coach of Barcelona. What I don’t know is when,” Laporta said. “It is true that the scouting reports we have on him are very good. All the inputs and news we have on Xavi are good, even though he has not been coaching a long time.”

The 41-year-old Xavi is currently coaching Qatari club Al-Sadd, a team he joined after leaving Barcelona in 2015 following 25 titles in 17 seasons. He played for Al-Sadd until becoming the team’s coach in 2019.

Koeman was let go on Wednesday following a 1-0 loss at Rayo Vallecano that left Barcelona in ninth place in the Spanish league.

Barcelona promoted reserve team coach Sergi Barjuan the next day to act as caretaker coach. Laporta said Sergi will be in charge for Saturday’s home game against Alaves and possibly next week’s Champions League match at Dynamo Kyiv.

Laporta admitted he spoke with Xavi two months ago, at a time when Koeman was given a vote of confidence. He now accepts the Dutchman should have been fired sooner.

“Probably, yes,” he said. “Looking back it is easy to analyse, we felt Koeman deserved confidence to recover some injured players and it was a way to motivate the manager.

“I looked for some positives. Probably we had to make an earlier decision, I assume the responsibilities of this decision.

“The situation was not sustainable. We needed to act. We were not on course to achieve the objectives of the season, which is to win titles.”

Former Barca boss Pep Guardiola, now at Manchester City, said he had no doubt Xavi was ready to take over if appointed.

“I don’t know what’s going to happen [but] I don’t have any doubts he’s ready to do the job. He knows the game, he has passion and I’m pretty sure he has more experience now than I had when I took over.”