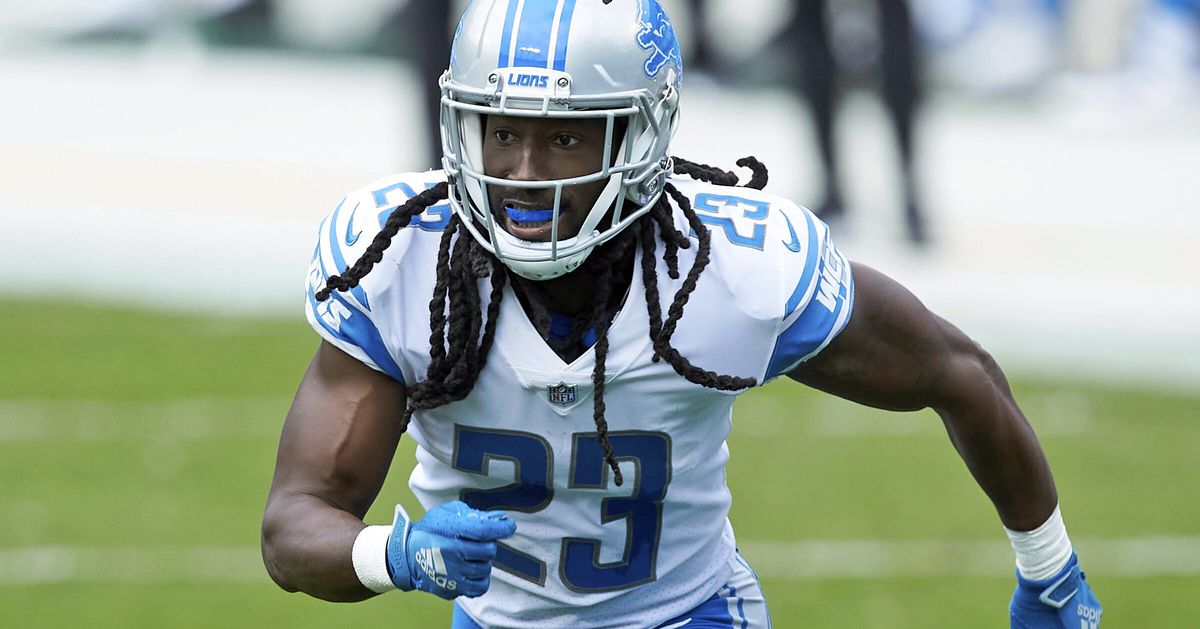 At a career crossroads for the second consecutive season as he turns 31, former Pro Bowl cornerback Desmond Trufant seems to be in a better spot this year.

A year ago, following an injury shortened season with the Falcons, Trufant signed with the Lions — who were ranked 31st in yards and 26th in points the previous season. He never really got started. Trufant battled a hamstring injury from the opening week of the season against the Bears, aggravated it on Thanksgiving against the Texans and was put on injured reserve having played just six games.

This season, Trufant found a pretty enviable spot for a 30-something cornerback with durability issues after missing 17 games over the previous two seasons — a Bears defense loaded with talent in front him, determined to regain its top-10 status under first-year coordinator Sean Desai.

“It’s been cool,” Trufant said Sunday after practice. “I really like what we’re doing. I like how [Desai] presents everything and breaks everything down. I’m definitely happy to be here. It’s a great energy. We have fun. We compete. We have a lot of work to do, but overall I like what I see. We got a lot of dogs on defense — it’s definitely exciting.”

Trufant, who signed a one-year, $1.075 million contract, is a cost-efficient roll of the dice for Bears general manager Ryan Pace after two-time Pro Bowl cornerback Kyle Fuller signed a one-year, $9.5 million contract with the Broncos in free agency. If Trufant can stay healthy, he could be a playmaker behind a productive front-seven that includes Akiem Hicks, Khalil Mack, Roquan Smith and Eddie Goldman.

If not, Vildor figures to get a shot at building on his promising 2020 performance. It’s early, but it appears to be a close competition at this point, with Trufant’s edge in experience evident.

“[He’s a] true veteran. You can see why he’s played at a high level for so long,” Bears secondary coach Deshea Townsend said of Trufant. “He just adds another piece to the puzzle that makes it hard on us as coaches. He asks great questions. He understands ball. You can have good football conversations with him just because of his experience and him playing so much. It’s just good to have him.”

Trufant, who missed the final seven games of the 2019 season with the Falcons because of a broken arm, first has to prove he can stay healthy. He missed Friday’s practice with a groin injury but returned on a limited basis Saturday.

“We’ve studied him a lot over the years from Atlanta [2013-19] to Detroit [2020],” Pace said at the beginning of training camp. “Unfortunately last year there was some soft-tissue stuff that came up with hamstrings, so we’re getting ahead of that right now with our staff, trying to stay ahead of the curve.

“But Trufant we still feel has the stickiness to play man coverage — the suddenness, all those things. It’ll be good to see it all play out. There will be good competition there.”

Trufant is five years removed from his lone Pro Bowl season. He is three years from his last 16-game season. He turns 31 on Sept. 10 — two days before the season opener against the Rams. Besides staying healthy, he has to prove he can still play cornerback at a high level. The Bears like Vildor too much to take too many chances with a veteran who is past his prime.

“I just compete with myself,” Trufant said when asked about his motivation heading into this season. “When I wake up, I want to be the best me at the end of the day. I know I’ve still got a lot out there. I’ve still got a lot of plays to make, things to accomplish. I’m looking in that mirror every day and trying to accomplish everything I haven’t, everything in front of me. And I’m still looking towards that.”