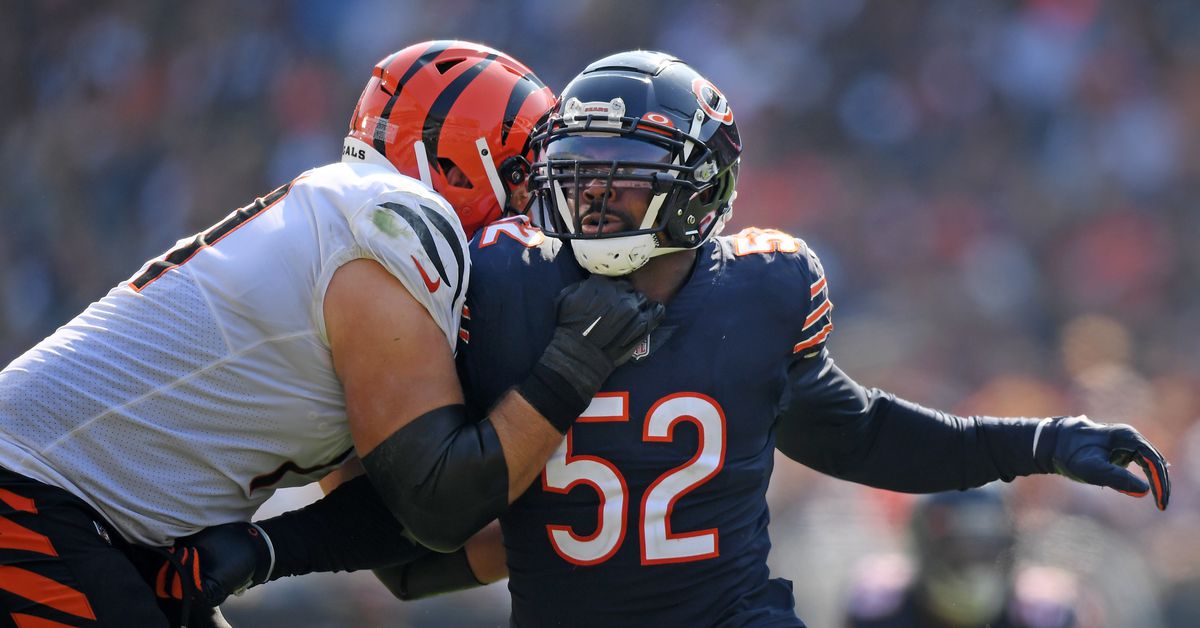 The Bears continued to practice without their two star outside linebackers Thursday.

The Bears said that Khalil Mack would consult with doctors and trainers this week before deciding the next step for his injured foot. It’s becoming increasingly likely that he won’t face the 49ers; Thursday, he was the only Bears player to miss practice because of an injury.

“Obviously the guys are the guys for a reason,” inside linebacker Alec Ogletree said. “But it does give an opportunity for somebody else to step up … Nobody is going to feel sorry for us because we don’t have certain guys there. They’re going out there to whup you just as bad as they were going to try to do the person in front of you.”

Ogletree has talked to Quinn — his friend for years — every day.

“He’s been in the house a long time,” he said. “He’s trying to find stuff to keep himself busy. So when he gets back you can ask him how that went with that. But to me he’s doing fine. He wishes he could be here with us. He’s doing what he can to stay engaged, he’s been on the Zoom calls the last couple of days in the meetings and stuff. He still has a big presence in this locker room and on our defense.”