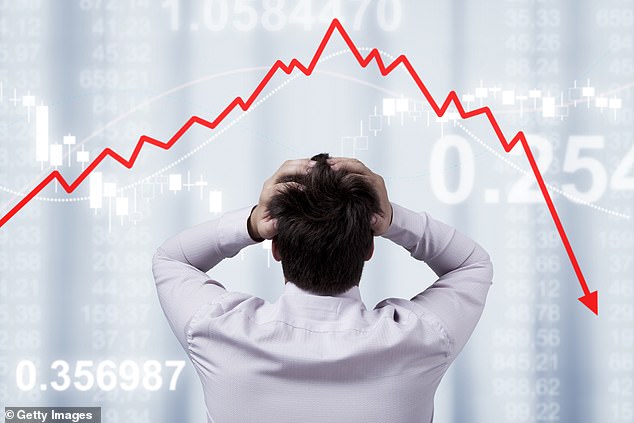 Being stressed linked with a greater risk of high blood pressure and heart issues, study finds

People who are under prolonged stress are significantly more likely to have high blood pressure and heart problems, another study has found.

Researchers followed 400 Americans for more than a decade and monitored the levels of stress hormones in their urine.

They found that the risk of cardiovascular events, including a heart attack or heart disease, surged by 90 per cent every time these levels doubled.

And the chance of developing hypertension, the medical name for high blood pressure, rose by up to 30 per cent.

High blood pressure can damage the heart, major organs and arteries over time, increasing the risk of a host of serious conditions.

When a person is stressed, the body produces hormones like cortisol which put them into ‘fight or flight’ mode.

The primal defence response sees the heart beat faster and blood pressure go up to increase oxygen flow to the muscles.

Once stress has passed, these normally go back to normal.

But unhealthy habits linked to stress, like eating unhealthily, getting too little sleep and drinking too much alcohol, can cause long-term high blood pressure.

The study found the risk of high blood pressure rose up to 30 per cent every time the levels of stress hormones doubled. Work, relationships and finance can all push up stress hormone levels, studies show (stock)

Estimates suggest just over a quarter of adults in the UK have high blood pressure or 14.4million people. In the US nearly half of adults, or 108million, are thought to have the condition.

At each follow-up, participants were also checked for high blood pressure and cardiovascular events including chest pain, having a heart attack or stroke or the need for any artery procedures.

The results — published in the journal Hypertension — showed that rising levels of stress hormones were associated with a greater risk of hypertenson and heart problems.

Lead author Kosuke Inoue said: ‘The next key research question is whether and in which populations increased testing of stress hormones could be helpful.

‘Currently, these hormones are measured only when hypertension with an underlying cause or other related diseases are suspected.

‘However, if additional screening could prevent hypertension and cardiovascular events, we may want to measure these hormone levels more frequently.’

The study was carried out in conjunction with the University of California as part of the Multi-Ethnic Study of Atherosclerosis (MESA).

About half of participants were female, and were aged between 48 and 87 years old.

More than half of people involved were Hispanic, while a quarter were white and 22 per cent were black.

WHAT IS HIGH BLOOD PRESSURE?

High blood pressure, or hypertension, rarely has noticeable symptoms. But if untreated, it increases your risk of serious problems such as heart attacks and strokes.

More than one in four adults in the UK have high blood pressure, although many won’t realise it.

Blood pressure is recorded with two numbers. The systolic pressure (higher number) is the force at which your heart pumps blood around your body.

The diastolic pressure (lower number) is the resistance to the blood flow in the blood vessels. They’re both measured in millimetres of mercury (mmHg).

As a general guide:

If your blood pressure is too high, it puts extra strain on your blood vessels, heart and other organs, such as the brain, kidneys and eyes.

Persistent high blood pressure can increase your risk of a number of serious and potentially life-threatening conditions, such as: