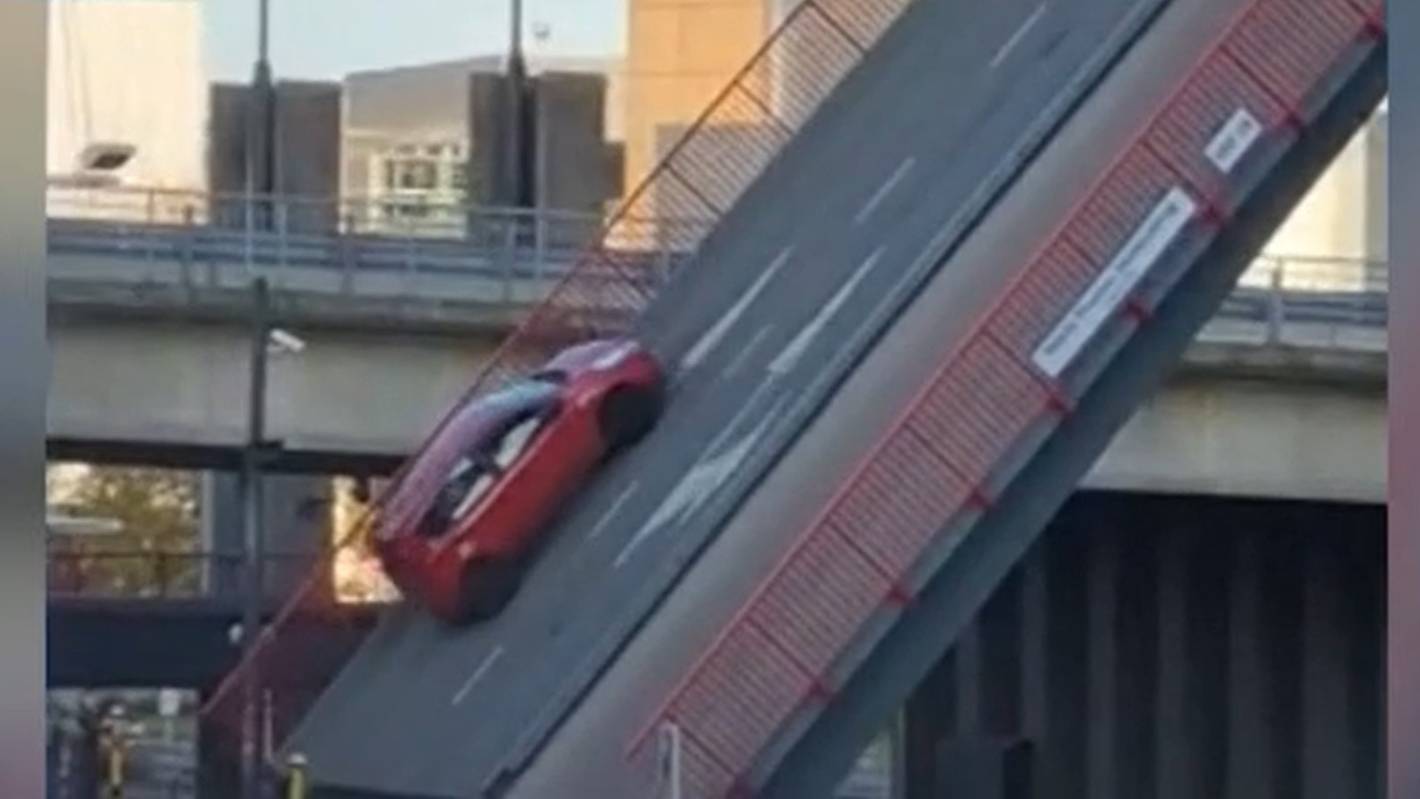 A Nissan clings to a bridge in Belgium.

A moveable bridge in the city of Leuven in Belgium has given us a striking example of just how well modern tyres can hang on to the road by opening on a family.

In a video posted on Reddit, the family’s red Nissan Note is seen clinging to the bridge for an impressive amount of time as it lifts to let a boat through, before gravity finally wins out and it slides back down, crashing onto the road below and rolling onto its roof.

Some members of the family are reported to have suffered minor injuries, but were otherwise just shaken by the dramatic incident which left their little Nissan considerably worse for wear.

It is unclear how the incident happened.

READ MORE:
* Truck driver causes chaos in Mexico
* We should all be as calm as this dog riding a rickshaw
* 4WD is no use if you’re floating
* Is this the world’s worst driver?

While this incident may seem unlikely, it has happened before on a number of moveable bridges, with Belgian news website HLN reporting that back in 2011 a cantilever bridge started tipping while a car was driving across it, trapping them on it after a failsafe system kicked in.

Then the same bridge did it again to a pair of French tourists two years later when the barriers dropped too early, trapping them on the bridge as it tilted to let a boat through.

In December of the same year a moped rider narrowly escaped death on another bridge that unexpectedly lifted with her on it, managing to jump under the barrier while her moped plummeted down onto the concrete next to the water.

But it’s not just Belgian bridges that can cause havoc – recently a bridge in the Netherlands went up without warning while a pedestrian and his dog were walking on it.

While the human managed to scramble to safety, his dog, Remy, wasn’t quite so fast and ended up perched on the very top edge of the bridge

According to his owner Remy the dog “shivered and squeaked” while he clung to the edge of the bridge, but was otherwise unharmed by the incident.

Correction: An earlier version of this story referred to the bridge as being in Bruges. It is in the city Leuven.