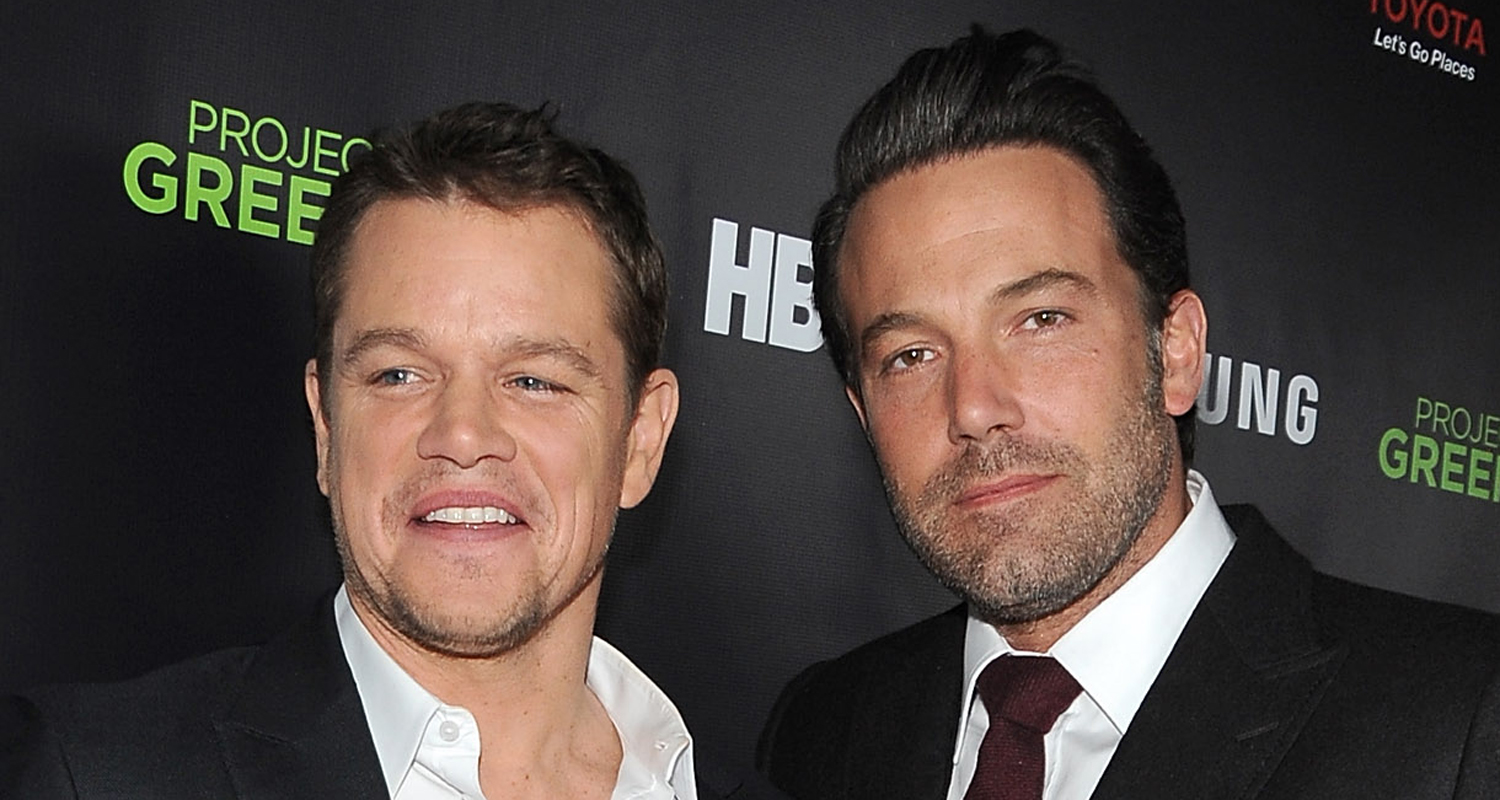 Ben Affleck is sharing some interesting info about his new movie The Last Duel!

In a new interview, the 49-year-old actor and his co-star Matt Damon chatted about co-writing the script together, revealing that they wrote a scene where Matt‘s character kissed Ben‘s character.

In the scene, Matt was supposed to kiss Ben, however, the scene was changed to Matt kneeling before Ben instead.

“That’s what goes on at home too,” Ben joked with Entertainment Tonight.

“I actually have to kneel before him,” Matt added with a laugh. “Once he started directing, that’s actually how I have to get in his house.”

In the original actual version of that scene — the way that ceremony actually took place was that you kissed everybody on the mouth,” Ben explained. “And we had that in the script.”

“That would’ve been our first on screen kiss,” Matt said, before Ben added, “It’s going to have to wait.”

Unfortunately for fans, director Ridley Scott decided to cut the kissing scene right from the get-go and they never ended up filming it.

“Ridley thought it would be distracting, and his instincts are pretty good,” Ben said.

“Yeah the two characters really hate each other and that was really fun,” Matt recalled. “In fact, the scene where I kneel before him, Ben just improvised this thing where I started to say my line and he just interrupted me and goes, ‘Closer.’ And I have to kind of get up and kneel again in front of him. And that was just — he just did that and just kind of blurted that out, and it wasn’t in the script.”

The Last Duel, which also stars Adam Driver and Jodie Comer, will be released in theaters on October 15.

Find out who joined Ben Affleck at the premiere of The Last Duel in New York City over the weekend!