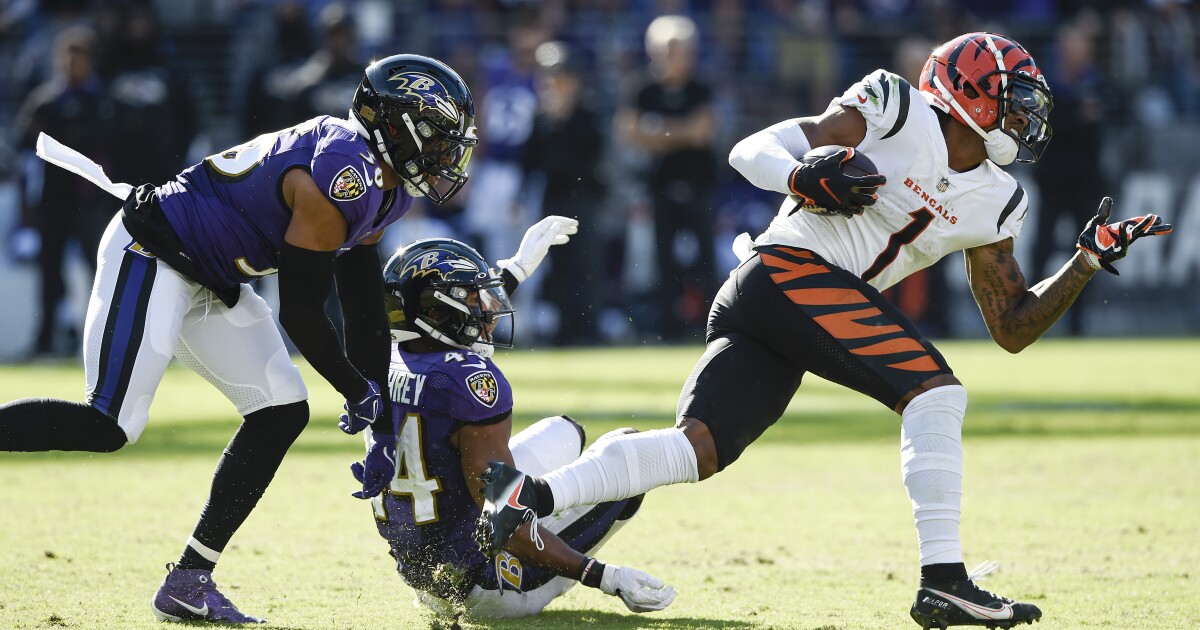 BALTIMORE — The Cincinnati Bengals won their AFC North showdown against the Baltimore Ravens in style, pulling away in the second half for a 41-17 victory.

Joe Burrow threw for a career-high 416 yards and three touchdowns, including an 82-yarder to rookie Ja’Marr Chase in the third quarter. The Bengals drew even with the Ravens atop the division.

Former LSU teammates Burrow and Chase were too much for Baltimore to handle, and Cincinnati’s offense moved the ball pretty easily from the middle of the second quarter on. Chase had eight catches for 201 yards, easily the most productive performance of his impressive debut season.