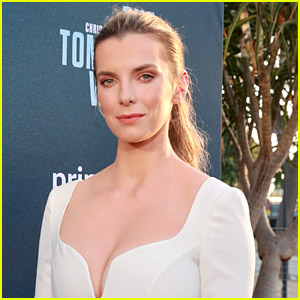 Betty Gilpin has another new project lined up, where she’ll not only star, but produce as well.

Variety reports that the 35-year-old The Tomorrow War actress has a series in development with HBO called Blood Sugar.

Here’s the series logline: “When the Sharks of Shark Tank laugh the delightful Margot Schultz (Gilpin) and her frozen food business off stage, little do they know they’re setting in motion one of the bloodiest and wildest rises to fame and fortune this country has ever seen.”

Duke Merriman and Preston Thompson co-wrote the project, and will executive produce along with Betty. Claire Wilson has signed on to the series as its showrunner.

In addition to this series, Betty also has a Showtime show in the works. Find out more about that here…