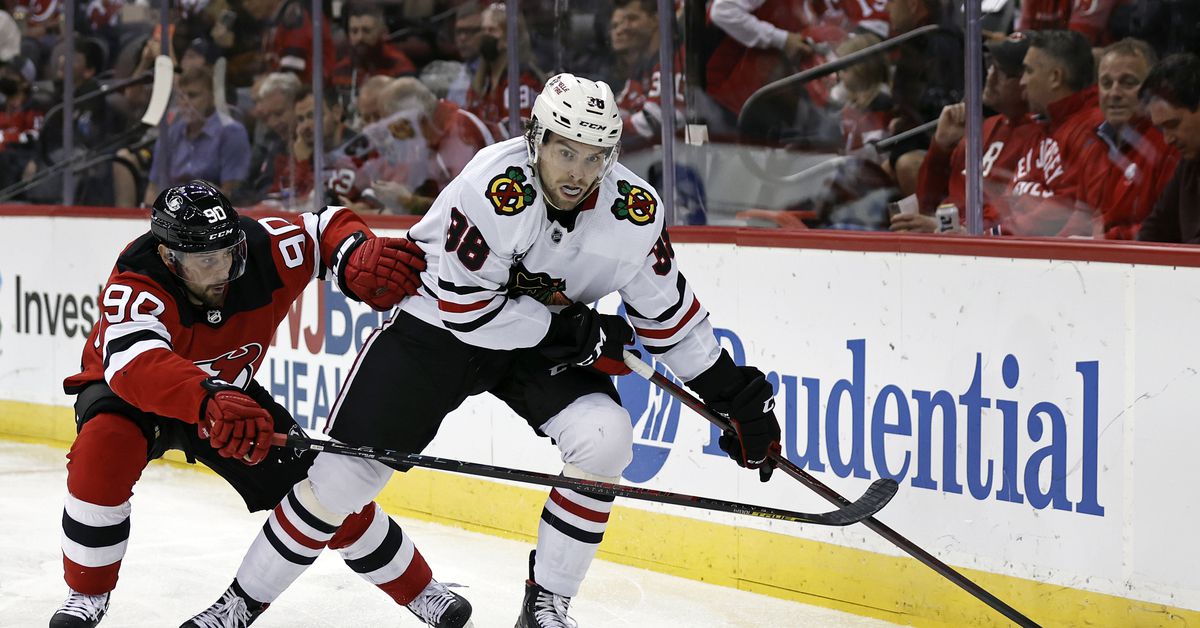 Despite playing 52 games as a breakout rookie last season, Brandon Hagel — along with the rest of the Blackhawks — faced only seven NHL teams.

But in the first five games of his second season, Hagel already has faced five entirely new opponents.

“Yeah, it’s definitely different,” Hagel said Thursday. “Obviously, playing the same teams, sometimes three nights in a row, was a little bit different last year, but it was what it was. [This is] kind of cool, to be honest.”

That delayed exposure to the league at large is a strange phenomenon, something no other rookie class before 2021 has had to deal with. Reigning Calder Trophy finalists Kirill Kaprizov, Jason Robertson and Alex Nedeljkovic are experiencing the same thing as Hagel right now. Dominik Kubalik, a 2019-20 Calder finalist, by contrast, faced the 30 other teams as a rookie.

Even for more established players who circumnavigated the NHL circuit well before the pandemic, there has been a noticeable readjustment to a typical, diverse schedule.

Ex-Oilers forward Jujhar Khaira spent his first five seasons traveling long distances from Edmonton. But last season, he was stuck in the Canadian Division, playing only six other opponents. His move to Chicago this season — and the league’s return to traditional scheduling — has been a welcome change.

“It’s awesome,” Khaira said. “You get to test how your team competes against the rest of the league. Last year, we played some teams nine times. After a while, those rivalries tend to get pretty intense. Now you get to see how everybody else is.”

Players frequently mentioned the lighter travel schedule as a significant silver lining of last season, when they’d fly into a city and typically spend three nights there, playing two games.

Now, the grind is back. The Hawks’ consecutive defeats in New Jersey and Pittsburgh last weekend represented their first back-to-back in two cities since Feb. 15-16, 2020, in Calgary and Winnipeg.

Their full 2021-22 travel itinerary features one flight every 2.9 days on average, compared to one every 5.3 days last season. And they’ll fly approximately 43,500 miles this season, compared to about 12,100 last season.

The traditional schedule also reduces the Hawks’ ability to scout and game-plan for specific opponents as deeply as they did last season.

In the two-game sets, they could directly apply lessons learned in the first matchup to the second. In 2021-22, they’ll often have to wait awhile to do that. Despite visiting the Devils last Friday, for example, they won’t play them again until Feb. 25.

“It won’t change our preparation in how we’re going to try to match up and look at systems and special teams, but it just takes away the amount of time we have to do that,” defenseman Connor Murphy said. “Last year, playing teams two games in a row, you were able to really dissect more details than you would if you were playing, for example, a team in the other conference you weren’t going to play again for three months.

“It’ll probably be a little bit more of turning the page to that next team this season and not dwelling on one team you played.”

For Hagel, this season’s differences have seemingly slowed a little of his momentum from last season. He had two assists and only two shots on goal in the Hawks’ first four games.

But he’s not worried about the possibility of a sophomore slump. In characteristically confident fashion, he said he’d simply “find a way out of” such a slide. Instead, he’s enjoying getting the full pro experience at last.

“It’s basically my first full year in the NHL,” he said. “I get to experience different places and different rinks, different teams. You learn new players. It’s kind of [like] starting at the beginning again.”