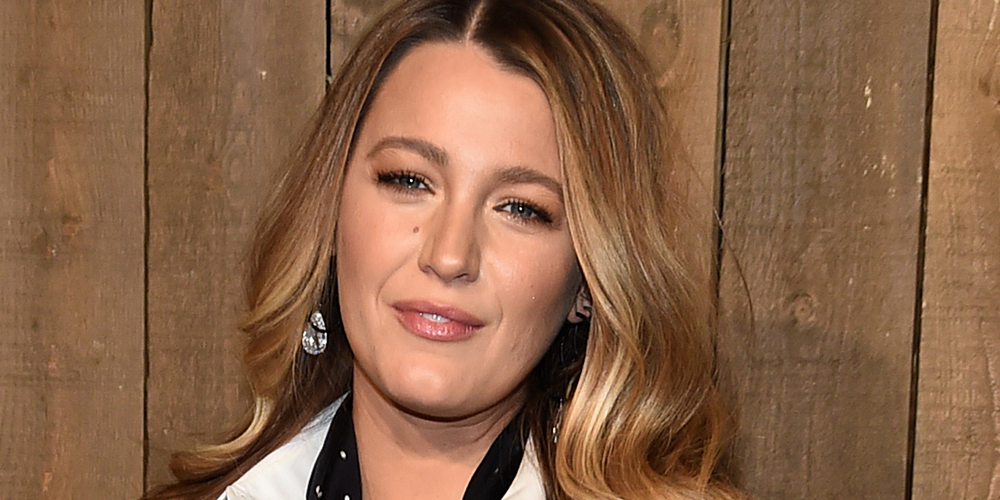 Blake Lively is opening up about her decision not to drink alcohol.

The 34-year-old actress recently discussed why she doesn’t drink and how it eventually led her to create her new line of mixers, Betty Buzz, in a mocktail making class held to promote the brand.

“I don’t drink because I don’t like the effects of alcohol, but I like being a part of it,” she told reporters, per People. “I like being social. I like people coming together. I found that sometimes not drinking, the thing that was interesting was that it was a little alienating, because you don’t feel — and maybe it’s just in your own head — but you just don’t really feel a part of it.”

This inspired her to create Betty Buzz, a line of mixers that includes five flavors which can be mixed with liquor or enjoyed on their own.

The mixers are made with real juice and natural flavors, do not include artificial flavors, colors, or sweeteners, are non-GMO, and gluten free. Each nine-ounce eco-friendly glass bottle can make two cocktails when combined with the spirit of your choice. Flavors include Tonic Water, Sparking Grapefruit, Meyer Lemon Club Soda, Sparkling Lemon Lime, and Ginger Beer.

Blake continued, “When we first started talking about this company, one of the conversations that came up was like, ‘Are we going to be pushing a boulder up a hill because you don’t drink and mixers are made to mix with alcohol? I mean, that’s the name of them. So are you going to have credibility in this space as somebody who doesn’t drink?’ And I was like, ‘Yeah, because I feel like I’m somebody who really likes flavor, that’s it for me.’”

She went on to say that she often acts as a mixologist for her parties and usually had to do “much more heavy lifting” when it came to making her own drinks.

One trick she shared was adding one or two “drops” of alcohol to a mixed drink, similar to how bitters are used.

“It gives it a flavor, but it’s not going to give it a sort of experience — well, it’ll give it a flavor experience — but not [much] alcohol,” she explained, adding that this tip was geared towards those who are sober-curious and not in active recovery.

Blake also said that using a dab of liquor to salt the rim of a glass was another good tip.

“That would make the salt stay, but you’re not actually getting real alcohol content,” she said. “You’re just kind of getting the taste.”

You can get Betty Buzz now online or at select retailers in the U.S.

Earlier this year, the actress revealed how the name of the brand is a tribute to her late father.