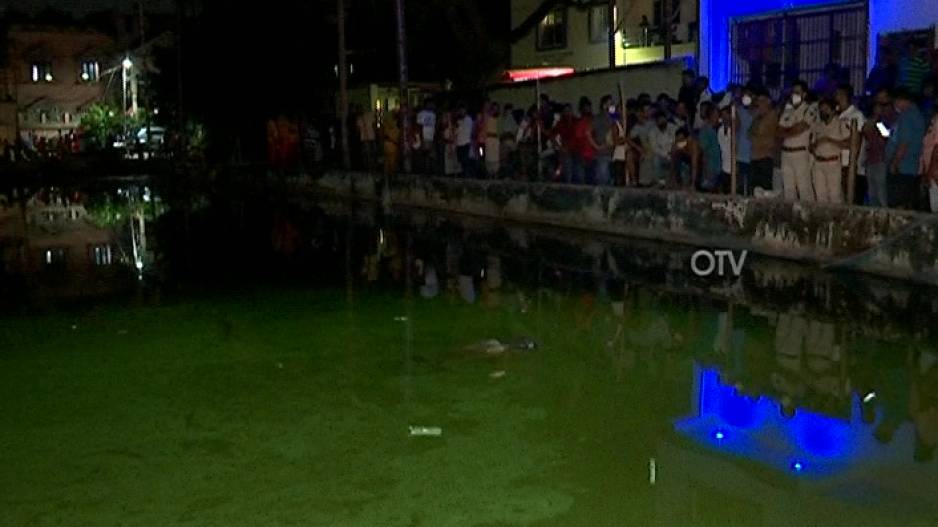 The body of a youth with a deep mark on his neck was fished out from a pond at Malihata in Laxmisagar area of Bhubaneswar on Thursday evening.

While the identity of the youth, who seems to be between 30 and 35 years of age, is yet to be established, some locals said that the deceased was a resident of Bihar.

As per reports, locals spotted the body floating in the Malihata pond and informed the local police.
Subsequently, a police team rushed to the spot and called upon the fire services department which fished out the body from the pond.

Nutan Kumar Mallick, a personnel at Bhubaneswar Fire Station said, “We received a call from 112 and rushed to the spot. We immediately recovered the body from the pond. The body has been sent to hospital for post-mortem.”

An eyewitness, Umakanta Sahoo said, “We were in the nearby club house when some passersby started screaming seeing the body floating in the pond. Then we immediately informed the police. As the place always remains crowded, he might not have been murdered here. People sit and booze here and I think he must be in an inebriated state and accidentally slipped into the pond. The man is not a resident of our locality.”

Meanwhile, police have started an investigation into the incident and questioned the locals.

Though the exact reason behind the death of the unidentified youth is yet to be ascertained, police said post-mortem reports will reveal the cause of the death.