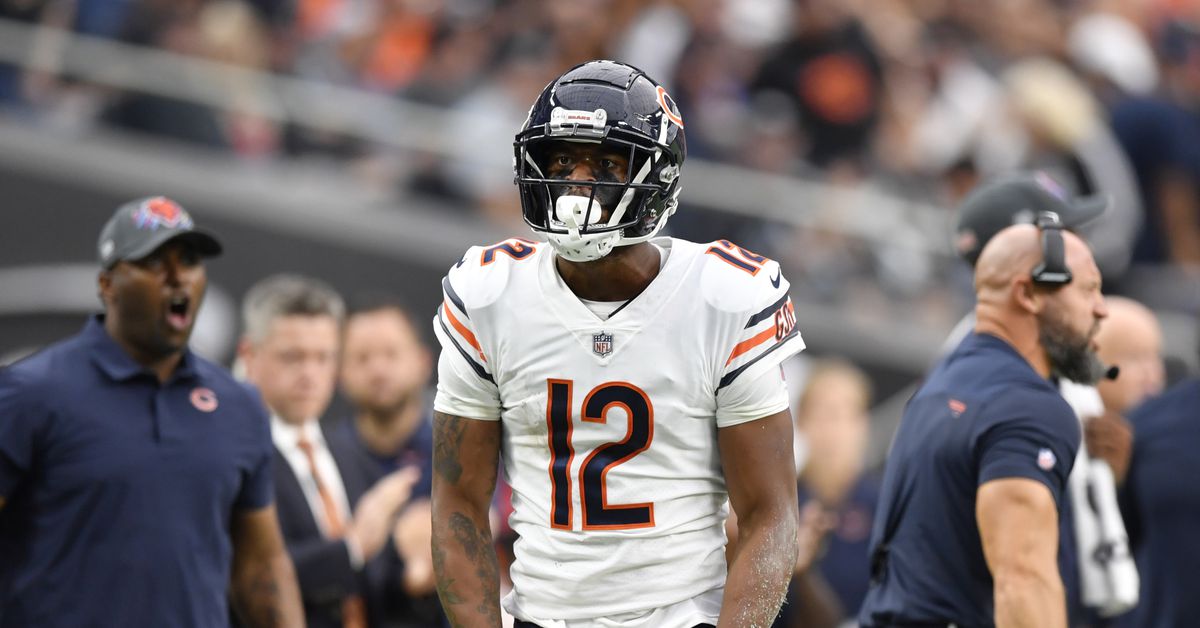 The Bears need to be bold at the trade deadline.

Before 3 p.m. Tuesday, they have an opportunity to get younger and cheaper and rebuild their cache of draft capital to more closely match the timeframe of rookie quarterback Justin Fields. They need to admit that they don’t have a playoff-caliber team, much less a championship one, and plan for 2022.

They won’t do it.

Despite the claims for the last 11 months by coach Matt Nagy and general manager Ryan Pace that they would do what was best for the franchise, their own jobs are at stake. They’re motivated to be slightly better in the short term rather than build for next season.

In January — amazingly, it was the last news conference he has given — chairman George McCaskey laid out what he and president/CEO Ted Phillips would look for in deciding their futures.

“Ted used the word ‘improvement,’ ” McCaskey said then. “I use the word ‘progress.’ I think they’re similar. I think all four of us will know whether there’s been sufficient improvement — or sufficient progress — to continue past 2021.”

Selling off the team’s veterans would not be interpreted as progress, even though the Bears need picks. Because of the Fields trade, the Giants own the Bears’ first- and fourth-round picks next year. The Bears have picks in Rounds 2, 3, 5 and 6 — and an extra fifth-rounder from the Anthony Miller trade.

The trade left the Bears no incentive to bottom out this season; each loss only helps the Giants’ draft order.

They’re stuck in the middle, then. Here are moves they could make at the deadline — but won’t — to change that:

Through seven games — 5½ of which have featured Fields at quarterback — Allen Robinson has 23 receptions for 250 yards and one touchdown. By contrast, he had 17 catches for 224 yards and two touchdowns in a two-game span last year.

No one has been more harmed by the Bears’ broken offense — or by playing preseason snaps with Andy Dalton instead of Fields — than Robinson. It’s nothing short of shocking, given that Robinson has shined despite uneven quarterback play by Mitch Trubisky and Blake Bortles over the years.

The Bears should trade him. They need to find out if another team can bring the best out of Robinson over the last 2½ months of the season — and how much they’d be willing to give up for the privilege.

The asking price likely would start at a third-round pick, which the Bears will probably receive as a compensatory draft selection if Robinson leaves via free agency. Compensatory picks fall at the end of the round; a pick sent over from another team would not.

Then there’s Robinson salary — the Bears are paying Robinson about $1 million per game. Whoever trades for him would have to free up salary-cap space to fit in $9 million.

Before the Bears’ offense broke completely, though, Robinson had 3,151 receiving yards over three seasons. Not many players like Robinson are available — particularly with no financial obligation beyond the season’s end. The combination of salary and draft-pick compensation would probably prove too rich for teams, though.

As it is, it’s fair to wonder who exactly is benefitting from the current situation. Not Robinson, who needs the gaudy receiving stats to land a contract this offseason — unless the Bears put the franchise tag on him for a second straight year, which seems unlikely. Fields hasn’t gained much, either — he’s not in sync with Robinson and seems to have a better connection with second-year wide receiver Darnell Mooney.

Montgomery — who is nearing the end of an injured-reserve stint because of a knee sprain — ranks sixth in the NFL with 77.3 rushing yards per game, behind only Derrick Henry, Nick Chubb, Dalvin Cook, Ezekiel Elliott and Jonathan Taylor. He finished fifth in rushing yards last year. A physical runner, he’s the heartbeat of the Bears’ offense. And yet …

Running backs have proved to be replaceable. Montgomery’s physical style might not age well. His contract expires at the end of next season; will the Bears want to pay him like a top-12 running back? If the answer is no, the Bears have to listen if teams call to check on Montgomery’s availability. He’d be a clear upgrade for the playoff-bound Ravens, Rams, Bills and Cardinals. Would they trade a late second-rounder for him?

Rookie Khalil Herbert has proved the last three weeks that the Bears have a replacement already on the roster. If Herbert runs for 31 or more yards in his fourth game as a featured back Sunday, he’ll surpass Montgomery’s rushing yards over the four games in which he was healthy.

Trading Montgomery would sting. But doing so would be the best chance for the Bears to land a second-day draft pick. Khalil Mack is hurt — and expensive. Robert Quinn is pricey, too. Akiem Hicks is in the final year of his contract but has been battling a groin injury. Danny Trevathan can’t start on his own team.

Despite having the worst offense in football, the Bears boast the most competent second-string quarterback in the league and the most accomplished third-stringer in the history of the game.

Backup Andy Dalton has started 144 games in 11 years. Third-stringer Nick Foles is a former Super Bowl MVP. Both can be had.

The Bears certainly will be watching this weekend to see if any starting quarterback around the league suffers a significant injury.

They have been open to trading Foles since the spring but won’t send him somewhere he doesn’t deem a good fit. They wouldn’t get much for him. On Monday, the Eagles sent quarterback Joe Flacco to the Jets, who gave up a 2022 sixth-round pick that could convert to a fifth-rounder based on playing time. Flacco is on a one-year deal; Foles has a $4 million roster bonus and a $4 million base salary due next season, although only $1 million of the base salary is guaranteed.

If the Bears move Foles, they’d like to re-sign Dalton to back up Fields next year. Dalton, though, could be intriguing to a team scrambling to replace a starter between Sunday and Tuesday’s deadline. Getting a fourth-round pick for 2½ months of Dalton would be a win.