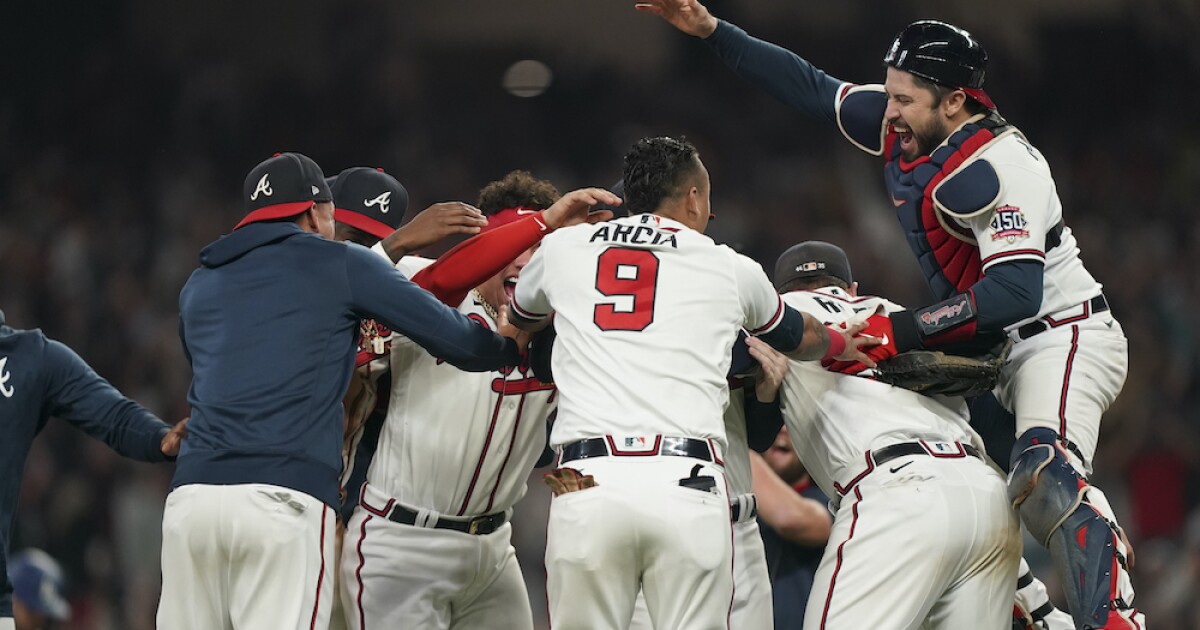 ATLANTA — Eddie Rosario capped a remarkable NL Championship Series with a three-run homer that sent the Atlanta Braves to the World Series for the first time since 1999.

The Braves finished off the defending champion Los Angeles Dodgers with a 4-2 win, capturing the series four games to two. In the process, Atlanta exorcised the demons of last year’s NLCS, when the Braves squandered 2-0 and 3-1 leads against the Dodgers.

The Braves finished the job this time around, advancing to face the AL champion Astros. Game 1 is Tuesday night in Houston.

Rosario had 14 hits against the Dodgers, including three homers.