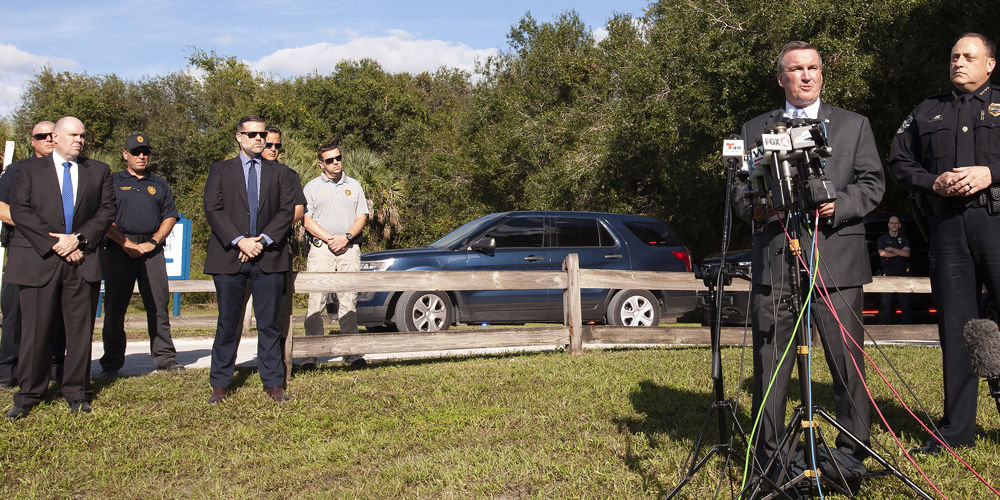 A lawyer for Brian Laundrie‘s parents is speaking out about a rumor that’s been swirling around the internet this week.

Steve Bertolino has denied the rumors that Chris and Roberta Laundrie planted evidence found at a Florida nature park before their son’s body was found.

“It’s nonsense,” he told People in a statement this afternoon. “People with nothing else to do are afraid this case will go away and they will have to go back to following celebrities and others in the fake world of the internet.”

The rumor started after Roberta and Chris took a trip to Myakkahatchee Creek Environmental Park, which connects to the T. Mabry Carlton Jr. Memorial Reserve in Florida, earlier this week.

Bertolino shared that the couple went to the park to search for Brian themselves, and the FBI and North Port Police Department were informed of their visit and met them that morning.

“After a brief search off a trail that Brian frequented some articles belonging to Brian were found,” he continued. “As of now law enforcement is conducting a more thorough investigation of that area.”

That same day, human remains were found, along with personal items, including a backpack and a notebook, which belonged to Brian. The area that the items were found in an area that, up until recently, had been underwater.

The next day, the human remains were identified as Brian‘s.

A nationwide interest and manhunt was on for Brian, after he returned from a summer trip without his former fiancée, Gabby Petito, who had been found in a Wyoming park just weeks after her disappearance.