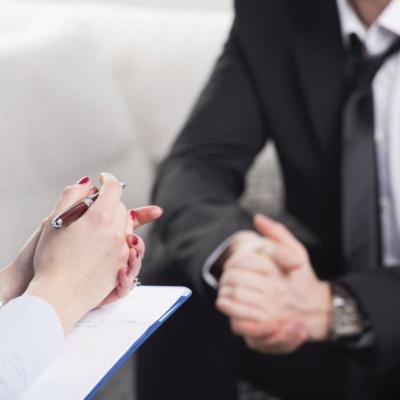 Dr. Smith’s patient, Anna, was struggling. Her mother, with whom she lived, had died, her boyfriend had broken up with her, her teenagers were being difficult, and her anxiety about catching COVID left her isolated and lonely.

She was working in psychotherapy and a number of medications had been tried, but when Anna suggested that her children might be better off without her, Dr. Smith referred her to an inpatient unit at a local hospital for admission. He faxed over the clinical and demographic information that the hospital wanted, and he never heard a word from the inpatient unit until Anna texted him that she had been discharged. She noted that the hospitalization had been helpful.

“I have an appointment next week with a therapist,” Anna texted.

Dr. Smith was puzzled and he conveyed that in his response to her.

“They told me that you are the psychiatrist and I should see you once a month and that I need a therapist to see weekly.”

Dr. Smith remained puzzled. At times he had seen Anna weekly, and he always saw her for 50-minute (or longer) sessions, but he realized that the person in charge of discharge had decided that psychiatrists are not psychotherapists. As a psychiatrist who sees patients for psychotherapy, Dr. Smith was not in Anna’s health insurance plan, and perhaps the hospital discharged people to see in-network clinicians. Or perhaps they thought that if he were a better psychiatrist, his patient would not need an inpatient admission. All he could do was surmise, but clearly the care he rendered did not fit into the hospital’s scheme of how things should be done; they had changed Anna’s treatment without the courtesy of a phone call.


10.8%: A Look Behind the Report on Psychotherapy Trends


“This happens to me all the time,” said Sally Waddington, MD, a psychiatrist in private practice in Laurel, Md. “Hospitals will tell my patients that psychiatrists are for medications and they need a separate therapist. It really undermines the treatment,”

“Unfortunately, our profession has been defined by the insurance industry for decades,” Dr. Mojtabai said in an interview, “so, I am not surprised that the patient was told to see a ‘proper’ psychotherapist.”

George Dawson, MD, spent 22 years as a psychiatrist on an inpatient unit in Minnesota. On his blog, “Real Psychiatry,” Dr. Dawson has a lengthy post dated Oct. 3, 2021, titled “The problem with inpatient units.” Dr. Dawson writes, “There is a lack of collaboration with outpatient staff: Good inpatient care proceeds from the assumption that the main focus of treatment is with the primary psychiatrist or treatment team. … The only acceptable reasons are that the patient does not have outpatient care, the patient refuses to consent to the communication, or the outpatient physician or their proxy cannot be contacted with a good faith effort. Being on both ends of that call – a good faith effort to me means leaving a cell phone number with the message to ‘call me at any time.’ I have found that effort is required in an era of overproduction and no set times in the outpatient clinic for necessary phone calls.” 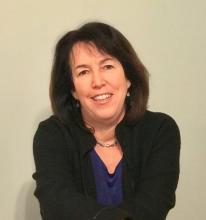 In an interview, Dr. Dawson commented on the predicament of Dr. Smith and Anna. “The inpatient staff seem to have a grandiose idea of where the care should be centered and that is with the outpatient doctor making the referral. Any plan not involving the referring doctor is not likely to be successful.”

Dr. Waddington talked about how she handles the situation when an inpatient unit refers her patients to a separate psychotherapist. “Usually, I discuss it with my patient. Sometimes they want a change and so I continue to see them for medications. Most of the time, they keep seeing me for therapy.” She went on to note, “I recently had a patient who was in the hospital and was referred to a trauma specialist for therapy. The referral was probably appropriate in her case; I just wish they had discussed this with me first.”

Dr. Smith calls himself “a dinosaur” – he likes treating patients with a combination of medications and psychotherapy and he does not enjoy seeing patients for brief visits for medication management. He was, however, concerned that Anna had been stretching out the time between sessions because of financial concerns, so he suggested she could meet with the therapist and see if she thought this might be helpful to her. If it was, he recommended she find a psychiatrist in her insurance network to prescribe her medications, with the hope that this would be a reasonable alternative to their current conundrum.

“I believe that many patients are best served by having their care come from a single psychiatrist and not treatment split between clinicians; however, I recognize that this is not always financially the best option. Anna might benefit from not having the financial stress of care from a psychiatrist where she is not reimbursed as well – if at all – by insurance. Still, I am annoyed; it feels like the inpatient team decided to write a new job description for me and to dictate through my patient how it is I should be practicing. And after they implied that I was not the best therapist for her, they hijacked her and sent her to someone who may well have much less experience than I do.”

In the clinical care of any patient, communication between the inpatient team and the outpatient physician is essential, and all too often, this doesn’t happen.