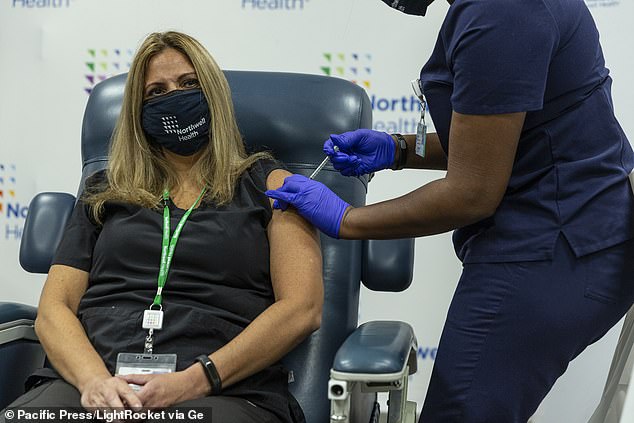 The Centers for Disease Control and Prevention’s (CDC) advisory committee officially recommended boosters doses of the Moderna and Johnson & Johnson vaccines on Thursday.

This means people can receive a booster made by a company that is different than the one that made the vaccine they initially received.

Until the FDA announced its decision, ACIP was unable to recommend third doses, a necessary step before pharmacists or clinicians can immunize patients.

CDC director Dr Rochelle Walensky is not bound to follow the advisory group’s recommendations, but the agency rarely goes against the guidance of ACIP, and she is expected to sign off on the recommendations tonight.

This means tens of millions of additional Americans may be eligible to get booster shots starting tomorrow. 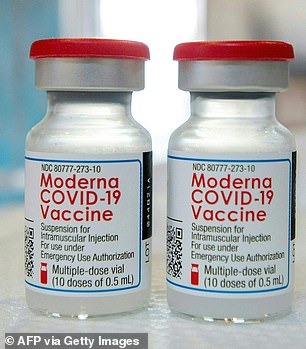 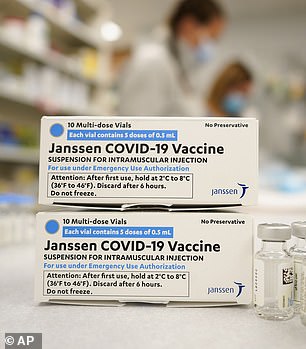 Moderna’s (left) third dose is only authorized for those aged 65 and older or those between ages 18 and 64 at high risk due to underlying conditions or their jobs. J&J’s (right) booster shot is approved for all American adults aged 18 and older

J&J’s authorization comes after the company published data in September looking at the effectiveness of a second dose given 56 days after the first in adults 18 and older.

This compares to 70 percent protection seen with a single dose.

There was only one case of COVID-19 in the vaccine group and 14 in the placebo group.

J&J said that a booster given two months after the first dose increased antibody levels between four-fold and six-fold.

When given six months after the first dose, antibody levels shot up nine-fold after one week and 12-fold after four weeks.

In the case of Moderna, the company presented data at the ACIP meeting showing a booster raised antibody levels between 23-fold and 44-fold.

The firm also revealed that  people who received its COVID-19 vaccine last year are nearly twice as likely to get a breakthrough infection compared to those recently vaccinated.

There were 88 breakthrough cases of COVID-19 among Americans vaccinated from December 2020 to March 2021.

The authorization of ‘mix and match’ boosters comes after researchers from the National Institutes of Health (NIH) presented data at an FDA advisory committee meeting on Friday showing people who got Johnson & Johnson’s Covid vaccine had higher antibody levels if they get a Pfizer-BioNTech or Moderna booster shot. 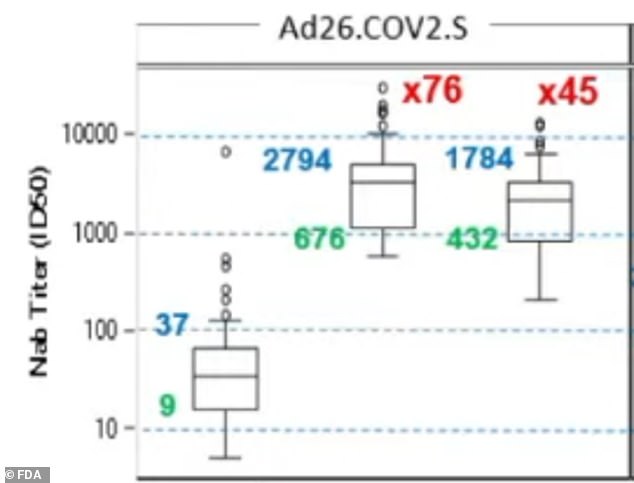 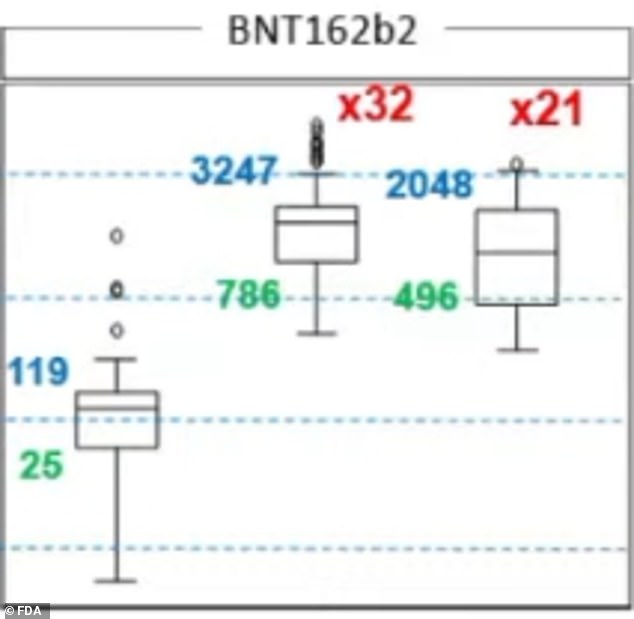 The report found that when recipients of the one-shot J&J vaccine received a second dose, their antibody levels increased four-fold over two weeks.

Comparatively, when they received a Moderna booster, their antibody levels spiked 76-fold over the same time period.

A booster shot of the Pfizer vaccine also raised antibody levels 45-fold over the course of two weeks – higher than the J&J shot, but not as high as the Moderna shot.

Americans who received two doses of the Pfizer saw their antibody levels increase 21-fold after a third Pfizer shot.

But those given the Moderna booster had antibody levels raised 32-fold over the span of 14 days.

This is a breaking news story and will be updated.