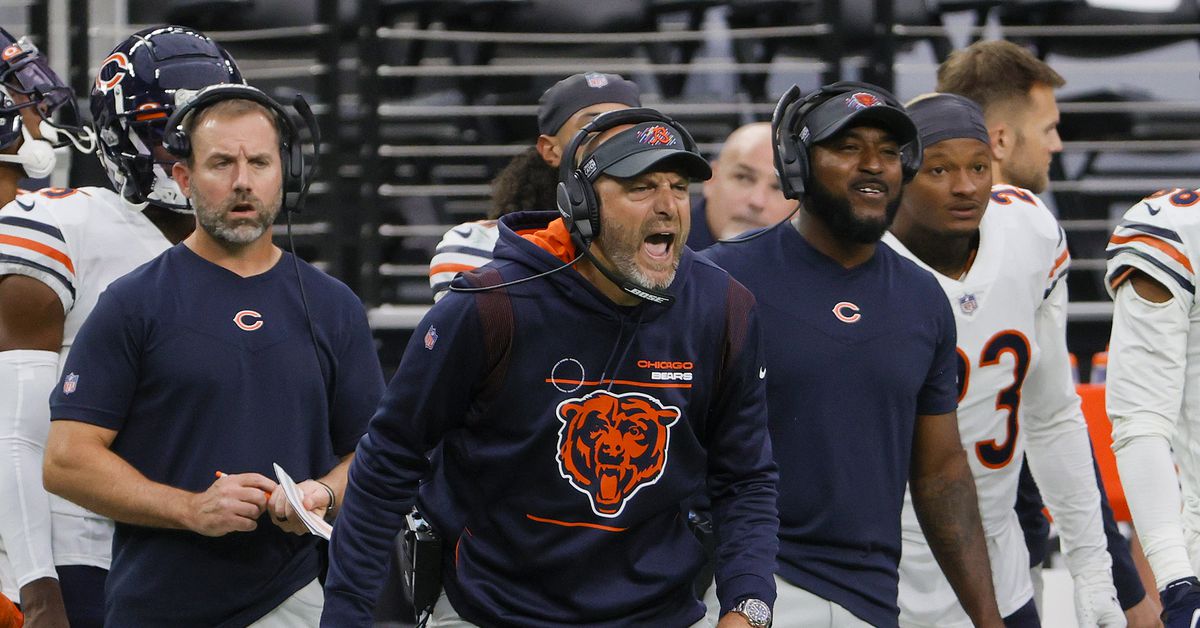 So, which is the Bears’ biggest problem: their players, their coaches or the people upstairs?

In this week’s “Polling Place” — your home for Sun-Times sports polls on Twitter — that was question No. 1. Perhaps predictably, beleaguered coach Matt Nagy’s unpopularity came shining through in the results. But there was plenty of non-support for general manager Ryan Pace and his own bosses, too.

“It’s the same question as, ‘Do I want stomach flu or pneumonia?’ ” @stangs09 commented.

We beg to differ. Pneumonia or a bad enough stomach bug might be able to beat the Packers.

We also asked about the World Series: Are you rooting for the still-scandal-stained Astros or are you all-in for the Braves, whose fans keep chopping away like it’s A-OK?

One wouldn’t get the job done?

Lastly, a college football question: Who’s going to win the Big Ten? For a refreshing change, it’s not as simple as Ohio State and call it a day.

On to the polls:

Poll No. 1: In what area are the Bears most deficient?

Time again for our weekly “Polling Place” questions. Let us hear from you! Selected comments will appear in Saturday’s paper.

Q1: In what area are the Bears most deficient?

Upshot: “Real talk: The front office has made some amazing signings, trades and draft picks,” @KurtisArndt offered. “Allen Robinson. Khalil Mack. David Montgomery. Roquan Smith. Coaching has not followed through with the talent.” Yeah, well, who hired the coach? Not that Pace and Co. haven’t had their share of player whiffs. There’s enough talent on the roster, though, that “C” was basically ignored by respondents.

Poll No. 2: Which team are you rooting for in the World Series?

Q2: Which team are you rooting for in the World Series?

Upshot: The Braves have the underdog thing going for them, no doubt about that. Mostly, though, this vote reflects the disgust baseball fans still feel for the Astros in the wake of a cheating scandal. Manager Dusty Baker wasn’t a part of that, in case anyone cares, and some of us wouldn’t mind seeing him finally get that first World Series title as a skipper.

Upshot: It’s pretty sweet to get to this point of the season and have the Wolverines, Spartans and Buckeyes in control of their own destinies in the East division, in the conference and, yes, in the playoff picture. Is it still Ohio State’s world? Man, oh, man, what a thing it would be to see 11-0 Michigan against 11-0 Ohio State on the last Saturday of November.