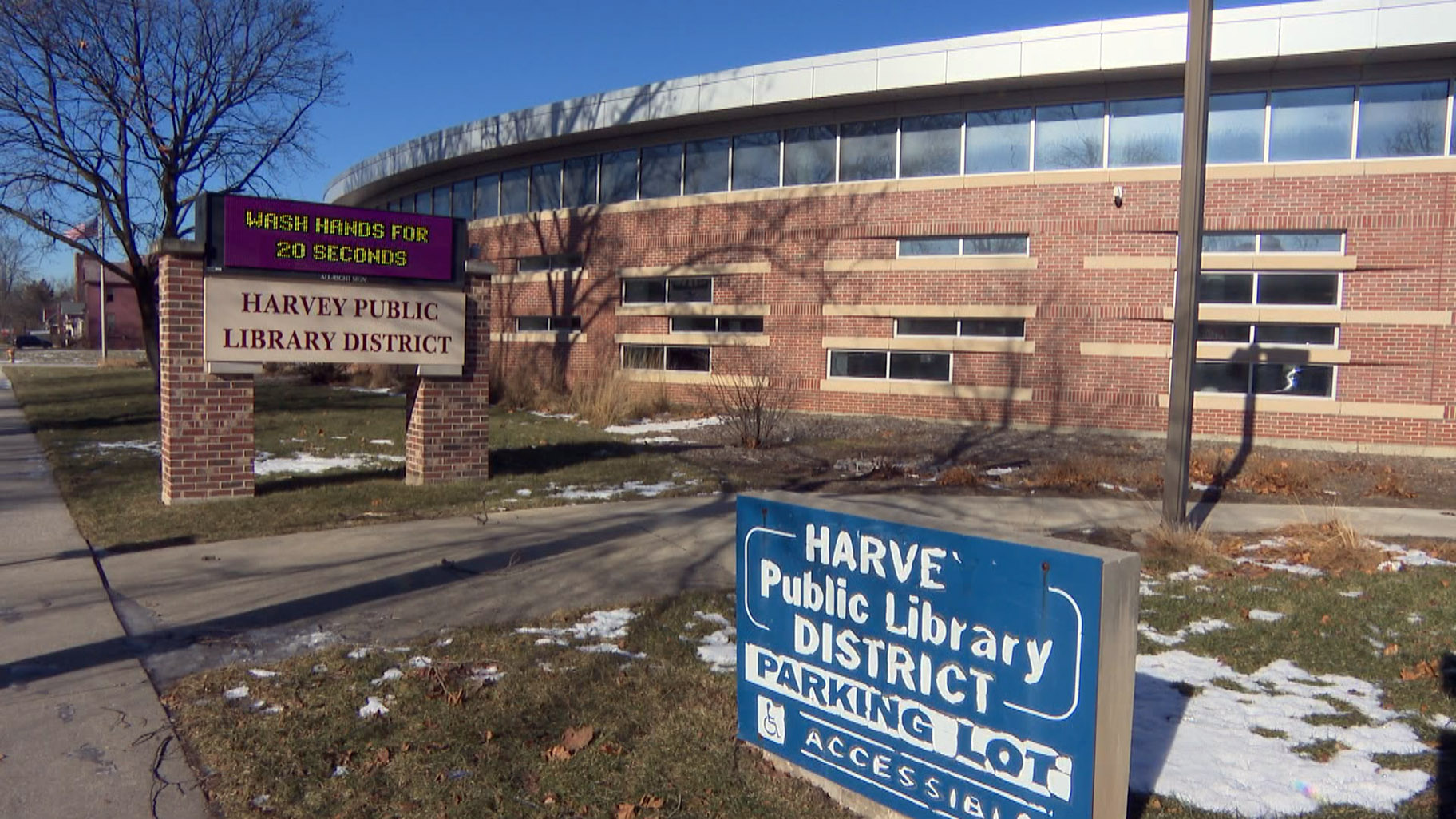 South Suburban Harvey has a rich history — originally it was designed to be a model town and a part of the temperance movement. It was once a bustling manufacturing hub, and home to Dixie Mall. But, when industry dried up, the suburb’s economy suffered.

In recent years, Harvey has faced financial issues and political infighting, and it’s grappling with poverty, unemployment and crime. But officials and community leaders here say they’re working to turn it around. And residents say even with the challenges the suburb faces, they feel proud of where they come from.

Johnny Arrington Jr. is a lifelong Harvey resident. Growing up in Harvey, Arrington connected with Restoration Ministries, a community organization in the area that provides a range of services, from recovery programs to after school programming.

Arrington became a part of Restoration Ministries’ Harvey Boxing Club during his sophomore year of high school, then he connected with other programs too, which he says changed the trajectory of his life.

Now, Arrington is the director of the boxing club.

“It came full circle, it’s really cool. The same place that poured into me I’m now running and now I’m in charge of pouring into these other young men and women,” Arrington said.

Another organization in Harvey working to help community members is CEDA, the Community Economic Development Association. Harvey was recently named one of nine cities in the nation to receive a grant from the Robin Hood Foundation to fight poverty. CEDA is overseeing this initiative, which is called Uplift Harvey.

The initiative provides a range of programs catered to young people, including job training.

Michae Wiley-Edgecombe says they’re already seeing an impact in the community. One example is a group of youth they call the “Fabulous six.”

“We got them connected to our summer jobs program. They’ve gone through our job readiness program. And they are also now a part of our entrepreneurship program,” Wiley-Edgecombe said.

Machelle Anderson oversees Uplift Harvey. Though the grant spans three years, she believes the impact will be long term.

“When you have people disinvested in the community, it just takes one thing to start making a change. Where people might say, ‘Hey, let’s take a look back at Harvey, there’s some new things going on,” Anderson said.

The suburb’s government has dealt with allegations of political corruption and mismanagement for years. In 2019 the longtime mayor, Eric Kellogg, stepped down and one of his chief critics, Christopher Clark, took over.

Clark says he’s been working to help move Harvey in a better direction. One focus area is the police department, after allegations of a culture of corruption and misconduct. Clark’s efforts include a nationwide search for a new superintendent.

In recent months, city officials say the department has been implementing positive changes. This includes a new anonymous tip system, bringing in new officers and a gunshot detection system.

“Of course, nothing happens overnight. Hopefully it can happen sooner than later. We’re actively working every day to try to get the officers that we need, the man power,” said Deputy Chief Cameron Biddings.

Like other communities across the country, Harvey has seen violence rise amid the pandemic. In 2021, Harvey had 31 homicides, according to county data. That’s the highest number among municipalities in Cook County outside of Chicago.

Mayor Clark says much of the violence in Harvey is cause by people who don’t live within the community.

“Harvey has always been a tight knit, tenacious community that has always worked together but when we have others that come in through our town and cause problems in our town, that’s where there are issues,” Clark said.

The city has also been working to bring more investment to the area. City Council recently passed a $17 million housing development in downtown Harvey, which is set to bring 51 residential one, two and three-bedroom units.

“This is a huge deal. This is an indication that the private sector is looking at Harvey, that we’re open for business. They see that we can get projects done. They’re happy about the new administration and being able to work with us,” said Timothy Williams, city administrator.

Harvey is largely a working class area, and nearly a third of residents live below the poverty line, so the coronavirus pandemic has hit the area hard.

“COVID has kind of come through like a hurricane for the city, but I believe the city is still faith-driven and we are working through it to the best of our abilities … I believe we are still fighting to bounce back,” Harrison said.

Harrison’s wife, Helouise, says their parishioners still look for hope and opportunities to come together.

“I believe that we are hopeful. Of course, depending on the time there are sometimes that you see there is more despair. At the same time, we don’t stay that way. Parishioners, we stay  hopeful, we come together,” Helouise said.

Meanwhile, the area’s hospital — University of Chicago’s Ingalls Memorial Hospital — has been struggling to keep up with the omicron surge. It has been operating at 100% capacity for the last few weeks, said Corrin Steinhauer, vice president of patient care services and chief nursing officer at University of Chicago Medicine Ingalls Memorial Hospital.

Steainhauer says the hospital is experiencing long wait lines in the emergency department and bed capacity issues because COVID-19 patients require special isolation. At the hospital’s peak it had 95 COVID patients in the hospital.

“Chicago Tonight” is expanding its community reporting. We’re hitting the streets to speak with your neighbors, local businesses, agencies and leaders about COVID-19, the economy, racial justice, education and more. See where we’ve been and what we’ve learned by using the map below. Or select a community using the drop-down menu. Points in red represent our series COVID-19 Across Chicago; blue marks our series “Chicago Tonight” in Your Neighborhood.