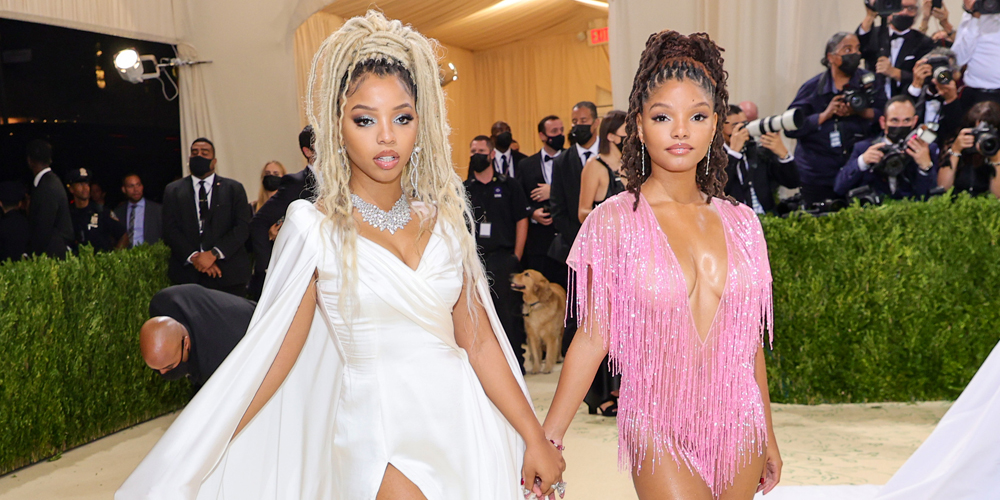 Chloe x Halle always know how to serve up some incredible looks.

The Ungodly Hour sister act hit the carpet at the 2021 Met Gala on Monday (September 13) at the Metropolitan Museum of Art in New York City.

The annual Costume Institute Gala is the fashion world’s equivalent of the Oscars and the event is usually held on the first Monday of May, but it was postponed until September 2021 due to the pandemic. The theme this year is “In America” and there will be a two-part exhibit with the second part debuting at next year’s Met Gala.

The two held hands as they made their way through the carpet.

Chloe and Halle both appeared at the 2021 MTV Video Music Awards one night before, with Halle introducing her sister to the stage, and Chloe making her solo live debut with “Have Mercy.” Watch it happen!