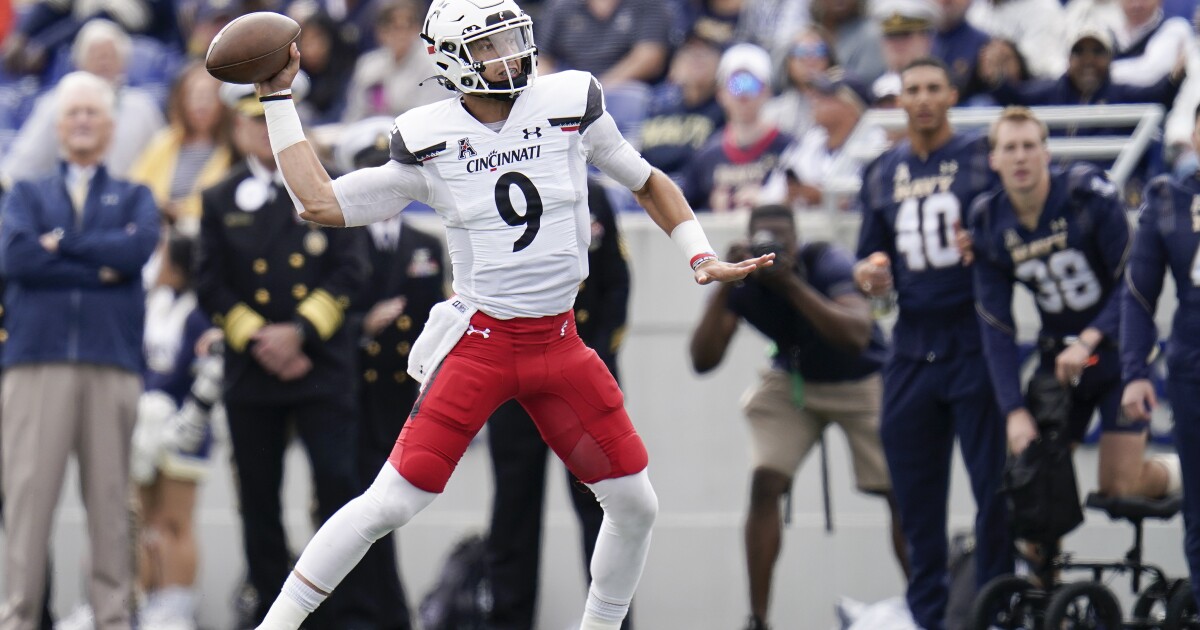 CINCINNATI — It may not have been pretty, but the University of Cincinnati’s 27-20 win over Navy kept the Bearcats at No. 2 in the latest Associated Press poll.

Despite the top five teams in the nation winning, there was still movement in the Top 25. Alabama jumped over Oklahoma for the No. 3 spot after the Sooners were shut out in the the first half of their 35-23 win over the one-win Kansas Jayhawks. Ohio State and Michigan remained in their previous spots.

Penn State and Oklahoma State dropped out of the top 10 after their losses. The Nittany Lions fell to No. 20 after their loss to Illinois in nine overtime periods. American Athletic Conference’s SMU moved up to No. 19, and the University of Kentucky jumped three spots to No. 12 this week.

UC’s win also moved the Bearcats up in the USA Today Coaches Poll. Oklahoma dropped two spots to No. 4 following their game, with Cincinnati and Alabama shifting to No. 2 and No. 3, respectively.

The Bearcats face Tulane Saturday at noon. After almost pulling off the upset against Oklahoma in the first week of the season, the Green Wave have won only one game. Cincinnati will then play Tulsa, South Florida, SMU and East Carolina to finish out the regular season.