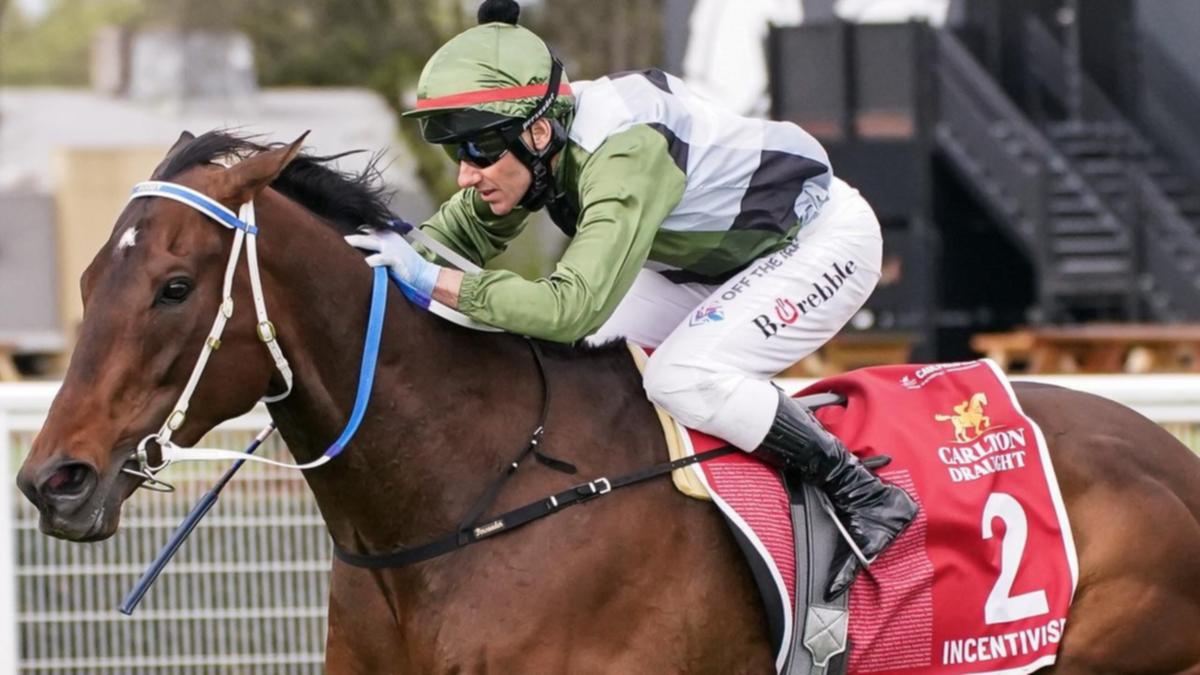 Overwhelming favourite Incentivise will launch his bid for Melbourne Cup glory from barrier 16 in the $8 million race.

Rated the horse to beat since a breathtaking Caulfield Cup win, Incentivise’s draw did little to alter the betting landscape ahead of Tuesday’s race at Flemington.

Incentivise remains a $2.30 popular pick, a quote that will make him the shortest-priced Cup favourite in almost 100 years.

The 2020 Melbourne Cup winner Twilight Payment will try to go back-to-back from barrier two while Pondus will start from the rails.

Selino, one of four runners for trainer Chris Waller, has drawn the outside gate.

Waller’s quest for his first Melbourne Cup was boosted when Great House won at Flemington on Saturday.

The win earned Great House an automatic entry into the race and Waller added to his team when it was confirmed outstanding mare Verry Elleegant would take her place in the race.

Spanish Mission has been cleared to start after overcoming a minor injury scare ahead of the acceptance deadline.

The accomplished UK stayer was found to have swelling in the right foreleg and was inspected on Friday morning before being examined again several hours later.

A second test revealed the swelling had subsided but there were concerns about an infection underneath the horse’s skin.

Spanish Mission proved his fitness in front of Racing Victoria veterinarians on Saturday and he will start from gate 14.

“A panel of three veterinarians have reinspected Spanish Mission today and passed the horse suitable to accept for Tuesday’s Melbourne Cup,” a Racing Victoria statement said.

Spanish Mission occupies the second line of Cup betting as a $7 chance, firming from $9 after trotting up soundly.

Twilight Payment is the third betting pick at $13.

All Melbourne Cup runners will be put through a mandatory veterinary test on Monday.