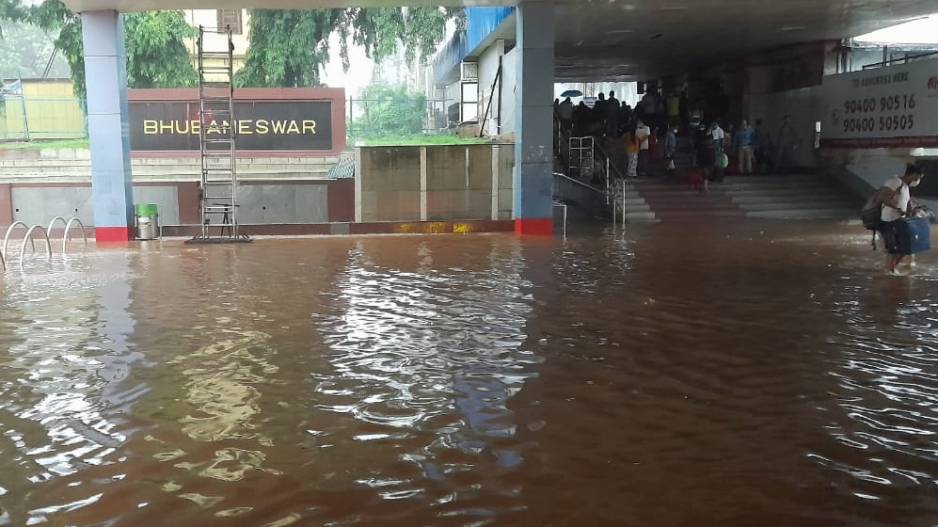 The well-marked low pressure over Bay of Bengal has intensified into a depression and is very likely to cross north Odisha coast near Chandbali in Bhadrak by Monday morning, informed the Regional Meteorological Department in Bhubaneswar.

According to the weather office, the depression over northwest Bay of Bengal and adjoining Odisha coast was tracked at a distance of 80 km east-southeast of Chandbali, 70 km east of Paradip and 140km south-southeast of Balasore at 5.30 pm on Sunday.

Meanwhile, the Central Water Commission (CWC) has issued advisory for several Odisha districts as major rivers and their tributaries continue to swell due to incessant rain in the basin and upper catchment areas under the influence of the low pressure.

“Due to presence of well-marked low pressure area over Bay of Bengal and its subsequent intensification to depression, rivers such as Brahmani, Baitarani and Mahanadi are expected to get good amount of runoff.  Brahmani river and its tributaries’ water levels are expected to rise in districts such as Angul, Deogarh, Sundargarh, Kendrapara, Dhenkanal and Jajpur. Water levels of river Baitarani is expected to rise in districts Keonjhar and Bhadrak,” the advisory by the CWC stated.

“Water levels of river Mahanadi and its tributaries are expected to rise in districts Cuttack, Khordha, Puri, Jagatsinghpur, Jharsuguda and Bolangir. Flood Situation is expected in Odisha  since IMD has predicted extremely heavy falls. Rengali on Brahmani river and Hirakud  dam  on  Mahanadi  river are having high storages. Releases from dams may be done as per SOP after informing downstream districts,” the CWC alert read.