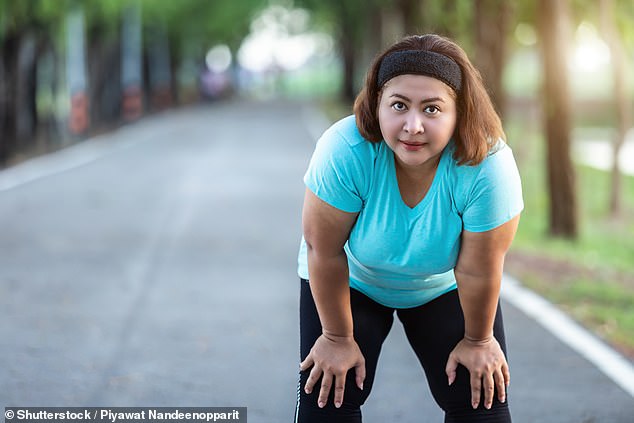 Chronic fatigue syndrome sufferers will no longer be told to exercise to relieve their symptoms, under new NHS watchdog guidelines.

The National Institute for Health and Care Excellence (NICE) has today ruled against graded exercise therapy (GET) for patients.

The controversial treatment involves starting exercise, such as swimming or walking, which is gradually increased over time.

Instead, NICE ruled CFS patients should be encouraged to plan physical and mental activities to stay within their own energy limits, incorporating rest where necessary, a technique known as ‘pacing’ or ‘energy management’.

But critics of the ruling claim patients are now being left to live with the condition, rather than try to recover from it.

Advice was published following a long-running dispute between patients and doctors over how to treat the condition, also known as myalgic encephalomyelitis.

The NICE guidance was originally due in August but postponed after some experts objected to the banning of GET and the limiting the use CBT.

CFS is a long-term illness with a wide range of symptoms, the most common of which is extreme tiredness, but also muscle and joint pain, headaches and problems thinking and concentrating.

These can last for years, meaning that some become housebound, unable to work full-time or socialise.

What is ME (myalgic encephalomyelitis)?

ME is a long-term and poorly understood condition that causes a range of symptoms.

It is grouped together with chronic fatigue syndrome (CFS) and is also known as CFS/ME.

Its main symptom is extreme tiredness and feeling generally unwell.

And they might also experience flu-like symptoms, feeling dizzy or stick and having a fast or irregular heartbeat.

The severity of symptoms can change day to day and doing too much activity usually makes them worse – known as post-exertional malaise.

People with ME can have huge differences in their symptoms and how long they last.

Around 250,000 people in the UK and 17million around the world are estimated to have the condition.

There is no diagnostic test for ME, so doctors decide whether a patient has the condition based on their symptoms and ruling out other conditions.

As it stands, the treatments offered to patients for ME are cognitive behavioural therapy (CBT), a talking therapy used for anxiety and depression, and a structured exercise programme called graded exercise therapy (GET).

The National Institute for Health and Care Excellence (NICE) was due to publish guidelines this month that would no longer recommend these treatments.

But strong opinions around the illness made it impossible for NICE to reach a consensus on the treatments it should tell doctors to offer.

Source: NHS and Action for M.E.

About 250,000 Brits and 17million around the world are estimated to be living with the condition, once nicknamed ‘yuppy flu’.

Prior to the new guidance, GET was one of the few options medics had to treat the condition, which has no cure.

‘Any programme based on fixed incremental increases in physical activity or exercise, for example graded exercise therapy (GET), should not be offered for the treatment of CFS,’ NICE said.

Instead, health chiefs recommend any exercise programme for CFS sufferers should only be considered in special circumstances.

And they should only begin by establishing exercise at a level that does not worsen the patient’s symptoms.

NICE also said cognitive behavioural therapy (CBT), a mental health treatment designed to help change how people think and behave, is not a treatment for CFS

NICE stated that while CBT had sometimes been assumed to be a cure for CFS, this was not the case, but added it can still help people with their symptoms.

‘Those with CFS need to be listened to, understood and supported to adapt their lives,’ she said.

‘The committee members involved in this guideline have worked particularly hard to ensure care becomes more empathetic and focused on the individual’s needs.’

Campaign group Action for ME heralded the new guidance as a victory for patients.

Its chief executive officer, Sonya Chowdhury, said: ‘The new guideline is welcomed because it acknowledges the truth of people’s experiences, and creates a foundation for hope that future children and adults with CFS will not repeat the anguish of the past.’

‘The guideline should drive better acceptance of CFS as serious medical condition and encourage doctors to personalise care based on individual needs,’ he said.

‘It is a real opportunity for doctors to transform the care patients receive.’

However, some experts have said the ruling will confuse medics and leave patients to live with the illness rather than recover from it.

Professor Peter White, an expert in psychological medicine from Queen Mary University of London’s was concerned about the decision.

‘Having looked after many patients with this illness, I worry that this guideline seems to suggest that patients need to learn to live with CFS, rather than be helped to recover from it,’ he said.

‘The NICE guidelines for CFS are at odds with the research evidence,’ she said.

‘Researchers from different institutions in different countries have found graded exercise therapy and cognitive behaviour therapy to be effective for some patients with CFS.’

‘Being a clinician and researcher in this field I can’t help but think clinicians will be confused by this message from a respected organisation.’

Dr Alastair Miller, a consultant physician in infectious disease and internal medicine, said while he considered the NICE guidance ‘unfortunate’ he welcomed the fact that medics could still provide tailored exercise programs.

‘It is unfortunate that so much emphasis is given to working “within current energy limits” rather than a gentle and controlled pushing of those limits,’ he said.

‘However, it is to be welcomed that clinics will still be able to provide appropriate personalised activity and exercise programmes for those patients in whom it is felt to be appropriate.’

The impact of GET: One patient’s story

Olivia Horne, 21, was placed on the exercise routine while in hospital with ME in her teens.

She says: ‘When I was admitted, I was told if I was sleeping during the day it was a sign of depression, so it wasn’t allowed.’

Instead, Olivia, who had been so weak she had entered hospital in a wheelchair, was instructed to regularly walk around the ward, or with a group of patients outside the hospital grounds.

‘The nurses were relentless,’ she said. ‘They completely disregarded the pain that I was in.

‘They acted as though all I needed was a bit of motivation and I would get better.’

But Olivia did not get better. Instead her symptoms worsened.

‘My body didn’t have time to recover from the walking. My legs were constantly in pain, I felt so weak afterwards I couldn’t even eat. I blame the exercise for the fact that I spent the next six months unable to get out of bed.’

Olivia’s symptoms improved gradually, over time, although she can’t explain why, and is now studying at university.

She still suffers fatigue, leg pains and palpitations, but thinks graded exercise therapy shouldn’t be offered. ‘It feels wrong to call it a treatment,’ she added.