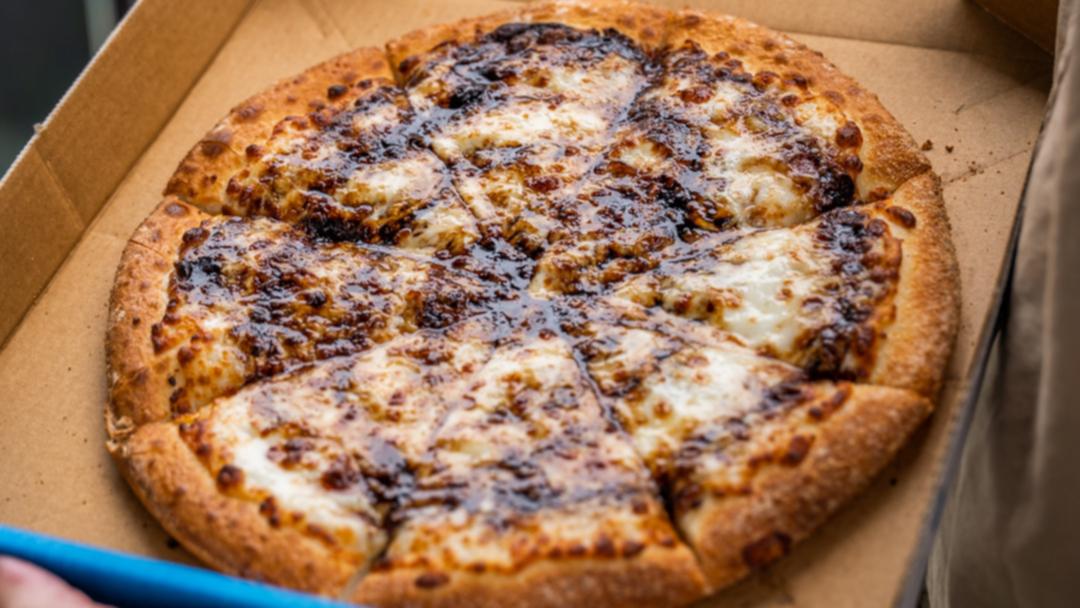 Pizza lovers have always been divided on what can and can’t be put on pizza, and Domino’s has taken things one step further with its all-new Vegemite pizza.

Domino’s has partnered with Vegemite to create a limited-edition Cheesy Vegemite Pizza – adding a whole new layer to the great pizza topping/flavour debate.

You can now enjoy the salty, slightly bitter taste of Vegemite paired with melted, rich mozzarella and the fluffiness of freshly baked pizza dough.

The collaboration comes after Domino’s asked social media fans earlier this year if they give a Cheesy Vegemite Pizza a try – to which the response was a resounding ‘yes’ through almost 30,000 likes and 12,000 comments.

So how have fans reacted to the news now that it’s officially on the menu? Well, they’re pretty excited to say the least.

“You know your Aussie when you get excited for Vegemite pizza ( non Australia’s wouldn’t understand),” one Facebook user wrote.

“I’ve waited my whole life for this,” added another.

“This is my on the road dinner tonight!” said a third.

Someone even called it a “game changer”.

It comes after Vegemite appointed a new ambassador this week, Giovanni from Rosa’s Pizza in New York, who has added the iconic flavour to his own menu.

“It’s great to see Americans enjoying what we here in Oz know to be true – that VEGEMITE can go on just about anything!” Domino’s ANZ Chief Marketing Officer Adam Ballesty said:

“There’s something so quintessentially Aussie about a VEGEMITE and cheese pizza, and we’re excited to be able to offer this unique combination to customers right here at home,” Adam said.

“To this day, we still receive messages from customers asking us to make this combination a reality and at Domino’s… we always deliver!”

Vegemite Marketing Manager Jacqui Roth said Vegemite is not just limited to the breakfast table: “VEGEMITE is being added to everything from stir fries to roast potatoes, but you can’t beat the classic cheese and VEGEMITE combo.”

“Domino’s is all about spreading joy and we think this Cheesy VEGEMITE Pizza will make happy little pizza lovers everywhere,” Adam added.

Domino’s Cheesy Vegemite Pizza is available from today for three weeks only, or until sold out, at stores across Australia for just $7.95 Pick Up.