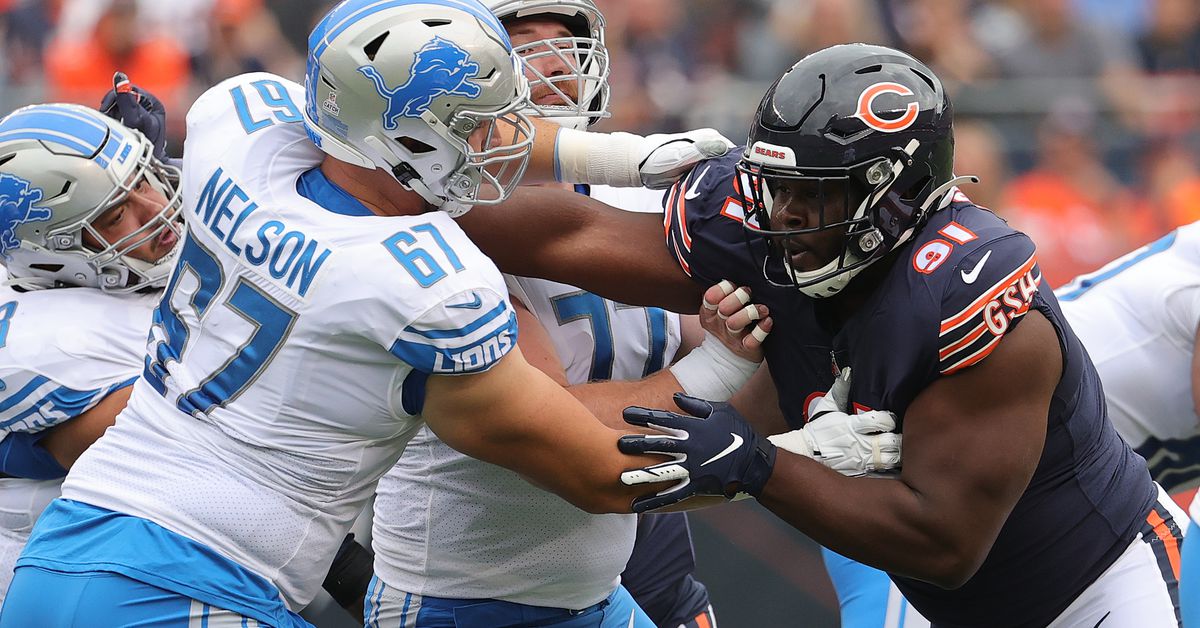 When Bears nose tackle Eddie Goldman started against the Lions in Week 4 after missing the first three games with knee injury, he knew there would be some rust — it was his first regular-season game since the 2019 season after opting out of the 2020 season for concerns about the coronavirus.

“But after looking at the film, it wasn’t too bad,” Goldman said at the time. “I got better as the game went on.”

As it turned out, there was a little more rust than he thought. As Goldman — one of the best nose tackles in the NFL — played more, the Bears’ run defense actually became worse. The Bears were 20th in rushing yards allowed and 16th in yards per carry without Goldman. Five games after Goldman returned, they dropped to 25th and 25th.

“He wasn’t back,” Bears defensive line coach Chris Rumph said. “Sometimes you just hear the name and think the name is enough. As you find out, he wasn’t totally back. And then he had other guys injured, so those guys were never really able to groove together.”

But against the Steelers in Week 9, Goldman re-emerged as the force he used to be. He was dominant in the run game as the Bears mostly stifled the Steelers run game — 32 carries for 105 yards and a touchdown in a 29-27 loss. In fact, after Najee Harris scored on a too-easy 10-yard run in the first five minutes of the game, the Steelers had 79 yards on 28 carries (2.8 avg.).

“He looked dominant out there,” Rumph said. “[And] it wasn’t his type of game. I tell those guys all the time: ‘Just make your plays. Don’t try to mow someone else’s grass. I thought he handled his business well. It was good to see him.

“Now it’s time for him to put a couple games back-to-back. Now he’s clicking and starting to feel it and get his legs under him. It will be exciting going forward. We’ll see what happens this week, but all indications are he will continue to get better.”

For Goldman, it was just a matter of time, and snaps.

“I always knew I had it,” he said. “You can’t get frustrated when you’re not producing as well as you want to. You’ve just got to do the consistent things.”

Bears defensive coordinator Sean Desai said Goldman’s performance against the Steelers “shows how dominant he can be when he’s lined up in certain positions vs. [the] center, so that’s positive.” But he was not surprised it took this long for Goldman to get back in that groove, adding that “it’s not like he was playing bad,” just not meeting “outsiders” expectations.

With eight games to go, Goldman, 27, still is getting into mid-season form. But that could set him up for a big finish — though Mack’s season-ending injury and Hicks’ status could be a factor in his production.