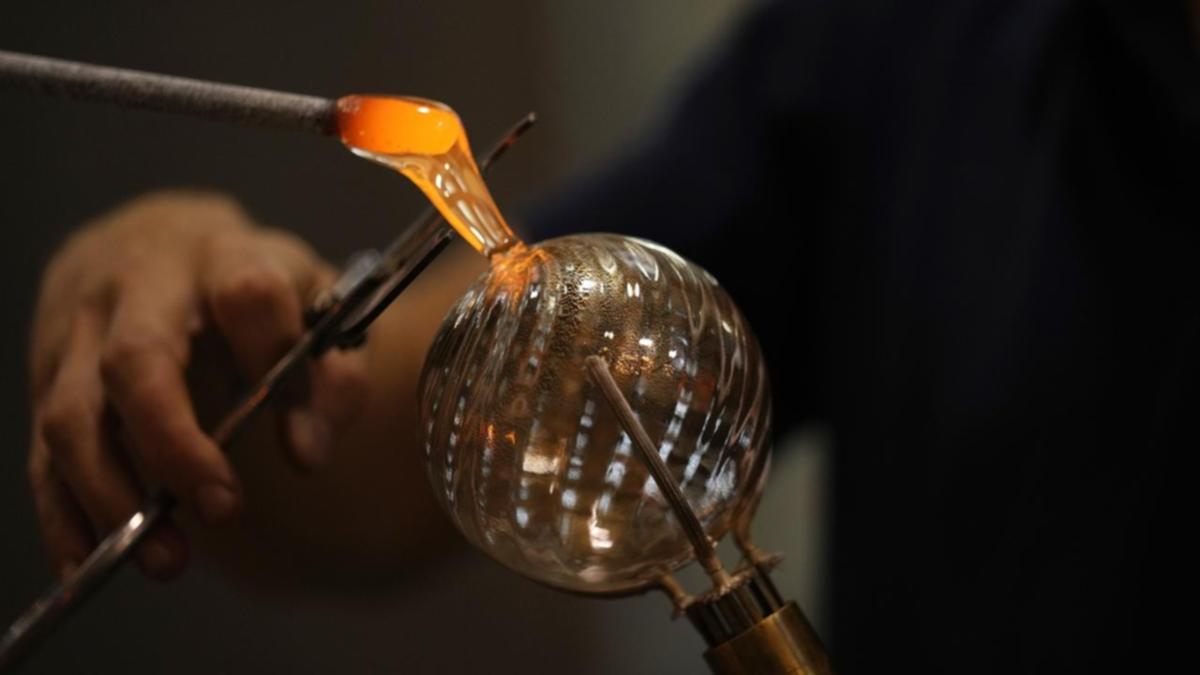 The glassblowers of Murano have survived plagues and pandemics. They transitioned to highly prized artistic creations to outrun low-priced competition from Asia. But surging energy prices are shattering their economic model.

The dozens of furnaces that remain on the lagoon island where Venetian rulers transferred glassblowing 700 years ago must burn around the clock, otherwise the costly crucible inside the ovens will break.

But the price for the methane that powers the ovens has skyrocketed fivefold on the global market since October 1, meaning the glass-blowers face certain losses on orders they are working to fill, at least for the foreseeable future.

“People are desperate,” said Gianni De Checchi, president of Venice’s association of artisans Confartiginato. “If it continues like this, and we don’t find solutions to the sudden and abnormal gas prices, the entire Murano glass sector will be in serious danger.”

A medium-size glassblowing business like that of Simone Cenedese consumes 12,000 cubic metres of methane a month to keep his seven furnaces hissing at temperatures over 1000 degrees Celsius 24 hours a day. They shut down just once a year for annual maintenance in August.

His monthly bills normally range from 11,000 euros to 13,000 euros a month, on a fixed-price consortium contract that expired September 30.

Now exposed to market volatility, Cenedese is projecting an increase in methane costs to 60,000 euros in October, as the natural gas market is buffeted by increased Chinese demand, uncertain Russian supply and worryingly low European stockpiles.

Artisans like Cenedese now must factor in an insurmountable increase in energy costs as they fill orders that had promised to lift them out of the pandemic crisis that stilled the sector in 2020.

“We cannot increase prices that have already been set. … That means for at least two months we are forced to work at a loss,” said Cenedese, a third-generation glassblower who took over the business his father started.

“We sell decorations for the house, not necessities, meaning that if the prices are not accessible, it is obvious that there will be no more orders.”

Cenedese, like others on the island, is considering shutting down one of his furnaces to confront the crisis. That will cost 2000 euros for the broken crucible. It also will slow production and imperil pending orders.

His five glass-blowers move with unspoken choreographed precision to fill an order of 1800 Christmas ornaments speckled with golden flakes bound for Switzerland.

One starts the process with a red-hot molten blob on the end of a wand that he rolls over gold leaf, applying it evenly before handing the form to the maestro, who then re-heats it in one oven before gently blowing into the wand to create a perfect orb. It is still glowing red when he cuts it from the wand, and another glassblower grabs it with prongs to add the final flourish, a pointy end created from a dab of molten glass applied by an apprentice.

As that dance progresses, another starts, weaving and bobbing into the empty spaces. Together, they can make 300 ornaments a day, working from 6am to 2 pm.

“No machine can do what we do,” said maestro Davide Cimarosti, 56, who has been working as a glassblower for 42 years.

Murano glassblowers decades ago transitioned from wood ovens, which created uneven results, to methane, which burns at temperatures high enough to create the delicate crystal clarity that makes their creations so highly prized.

And it is the only gas that the glassblowers are permitted to use, by law. They are caught in a global commodities Catch-22.

For now, artisans are hoping the international market calms by the end of the year, although some analysts believe volatility could persist into the spring. If so, damage to the island’s economy and the individual companies could run deep.

The Rome government has offered relief to Italian families confronting high energy prices but so far nothing substantial to the Murano glassblowers, whose small scale and energy intensity make them particularly vulnerable.

The artisans’ lobby is meeting with members of parliament next week in a bid to seek direct government aid, which De Checchi said is possible under new EU rules put in place after the pandemic.

Beyond economic losses, the islanders fear losing a tradition that has made their island synonymous with artistic excellence.

Already, the sector has scaled back from an industry with thousands of workers in the 1960s and 1970s to a network of mostly small and medium-sized artisanal enterprises employing a total of some 300 glassblowers.

Venice’s glassblowing tradition dates back 1200 years, and on Murano it has been passed down from father to son for generations.

But the industry struggles to attract young people to toil in workshops where summertime temperatures can reach 60 degrees Celsius.

“The value of this tradition, this history and this culture is priceless, it goes beyond the financial value of the glass industry in Murano,” said Luciano Gambaro, co-owner of Gambaro & Tagliapietra.