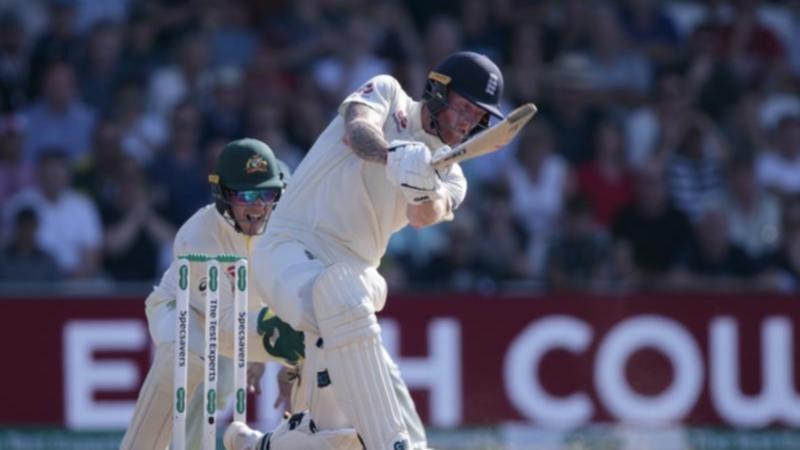 Ben Stokes’ return to England colours in time for the Ashes has been greeted with joy in England.

The talismanic all-rounder has been added to the squad having declared himself fit after a lengthy break to focus on his mental wellbeing and fully recover from a finger injury.

The Yorkshireman tweeted: “One of the greats as a cricketer and an even better bloke. Welcome back my friend.”

News of Stokes return was a major talking point among England’s Twenty20 World Cup squad in Dubai on Monday.

“I know the lads have been talking about it here and it’s really nice to see Ben coming back to cricket,” Liam Livingstone said.

“To have Ben around a group is great.

“I’ve played a lot of cricket with Ben over the last couple of years and just to have him around an environment is a massive boost for any team, especially going into a massive series like the Ashes, it’ll be great for the lads to have Ben around.”

Vaughan, who as captain won the Ashes in England in 2005, said: “Without Stokes, I would not have given England a chance in Australia; with him, they have a glimmer of hope – and maybe a bit more than that.

“Stokes is the engine of this England team, the guy who powers them. Not only does he contribute massively himself, he lifts the performances of those around him, inspiring, cajoling and driving up standards.

“Crucially, he is also a player that Australia fear. The sight of him walking out at Brisbane – or wherever he manages to play his first Test – will send a few shivers up local spines.”

Vaughan said he still made Australia favourites but added: “Stokes has unfinished business with the Aussies. He hasn’t managed an away victory in Australia. That will be on the cricketing bucket list.”

“He is the type of cricketer you need in Australia, someone to look them in the face and take them on. You think of Sir Ian Botham. You think of Kevin Pietersen. Australia like to go after players that back down – Stokes definitely won’t do that.”

There was even approval from a former Australia player.

Jason Gillespie tweeted: “Ben Stokes coming to Australia is fantastic for the “Ashes”.

“Players always want to challenge themselves against the best and Ben is part of the best England team. Test cricket is just awesome!”