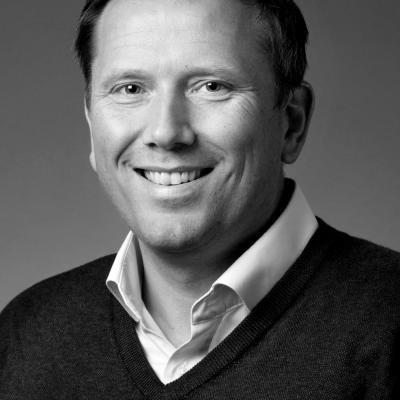 Though once regarded with suspicion, exercise as a therapy for multiple sclerosis (MS) has gained traction in recent years, and has the potential to counter the physical effects often seen among patients, as well as reduce risk of progression.

That was the key message of a talk given by Ulrik Dalgas, PhD, professor of exercise biology at Aarhus University in Denmark, who spoke at the annual meeting of the European Committee for Treatment and Research in Multiple Sclerosis (ECTRIMS).

Rethinking the role of exercise

It used to be thought that exercise could worsen disease, but case studies in the 1960s suggested some beneficial effects. The first interventional studies were published in the 1990s. A 2008 special issue of Multiple Sclerosis Journal declared exercise safe for people with MS. Research has continued to evolve, “and now we are actually at a stage where some of us have started to believe that exercise is a medicine in multiple sclerosis,” said Dr. Dalgas, who outlined that view in a 2019 review paper.

In the early phase of MS, before the onset of a significant decline in brain volume or increase in disability, there are already measurable physical deficits. Dr. Dalgas showed data from an unpublished study from his group, which looked at 48 patients who had been diagnosed in the previous 2 years, at an average 10 months after diagnosis. “Already at this very early stage of the disease, we can actually observe impairments or deficits in walking, different walking outcome measures here between 10 and up to more than 30%, depending on the walking outcome,” said Dr. Dalgas. Similar deficits appeared in physical activity and maximum rate of oxygen consumption (VO2 max).

Animal studies suggest that exercise could improve matters at this stage. In a model of experimental autoimmune encephalomyelitis, animals allowed the opportunity to exercise had lower levels of clinical disability throughout the model disease course. That has led some to examine a “prehabilitation” approach to early MS – a term borrowed from orthopedics. “We try to prevent rather than to treat symptoms, or build reserve capacity rather than restore capacity,” said Dr. Dalgas.

Some work in this area has been done in human patients, but a review found that none of more than 70 published studies looked at patients within 5 years of onset. “That left kind of an unstudied early phase,” said Dr. Dalgas.

In the mid-phase of MS, when brain volume loss increases and mobility and other problems increase, exercise has proved to counteract some of these issues. “What we are now trying to do is figure out what are the best exercise modalities for treating different symptoms,” said Dr. Dalgas.

Resistance and aerobic training have predictable, positive effects on strength and VO2 max, but one study showed that the two modes of exercise had similar positive impacts on short and long walks, as well as fatigue, despite the fact that they have very different physiological effects.

Other studies have looked at the impact of exercise on the diseases itself. One recent study examined aerobic exercise versus a wait-list group. Gray matter volume remained stable in the exercise group, but dropped in the wait-list group, suggesting a possible protective effect .

In the later, more severe phase of MS, more specialized equipment is needed to ensure safety during exercise. A pilot study by Dr. Dalgas’ group in individuals with Expanded Disability Status Scores (EDSS) scores between 6.5 and 8 found that upper body exercise improved VO2 peak score in five out of six patients. “Even at this later stage of the disease, it seems that people can still have important improvements in health and performance markers,” said Dr. Dalgas.

A review of numerous studies found that exercise had a positive effect on quality of life, and the gains were not affected by baseline disability, disease duration, or exercise type. The study shows that “it’s never too late to improve your life through exercise,” said Dr. Dalgas.