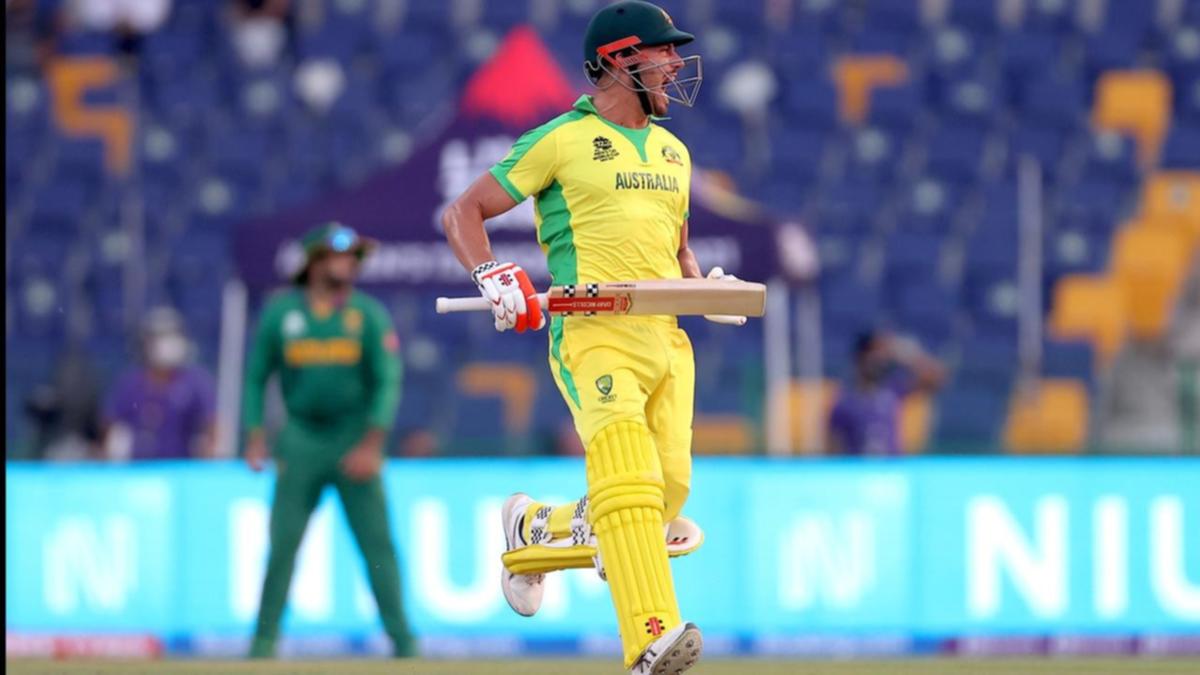 Every member of Australia’s squad will likely play at some stage of the Twenty20 World Cup, according to Marcus Stoinis after Ashton Agar’s shock axing for a tournament-opening win over South Africa.

Agar, the nation’s top-ranked bowler in the format, was the unlucky omission that allowed selectors to unleash Josh Hazlewood, Mitchell Starc and Pat Cummins in the same T20 attack for the first time.

Agar has been a mainstay in Australia’s T20 side during recent years.

Coach Justin Langer also usually picks five specialist bowlers in his XI but there was only room for the three quicks and Adam Zampa in Abu Dhabi, where Stoinis stroked the winning runs in the final over of a stop-start chase of 119.

Glenn Maxwell delivered four overs, including the second of the match that featured the dismissal of Temba Bavuma, as Australia did well to restrict the Proteas to 9-118 on Saturday.

“There’s an argument for everyone to be in the team,” Stoinis said.

“There’s no easy answers and we’ll probably just see what happens as the tournament goes on.

“I think everyone’s going to get used in this tournament.

“With these conditions, we’ve got to adapt as we go.

“He (Agar) has got such a good record, has been so good for us. So I wouldn’t be counting anything out.”

Kane Richardson, Mitchell Swepson and Josh Inglis were the other members of Australia’s 15-man squad that didn’t make the cut in their tournament opener.

Aaron Finch said after winning the toss they were on the wrong side of “brutally tough” calls.

Finch, who didn’t ask Stoinis or Mitch Marsh to deliver a single over, expanded on the logic of offspinning allrounder Maxwell’s key role with the ball after the five-wicket victory.

“We felt there were some really good match-ups in the powerplay,” Finch said.

“He did a really good job.”

Stoinis agreed, arguing Maxwell’s innovative approach to batting was part of what made him a “brilliant T20 bowler”.

“I definitely think he’s someone we should be using in this World Cup.

“He did match up well to a few of their left-handers and the wickets suited it, but there’s no reason why he won’t be bowling (during the rest of the event).”