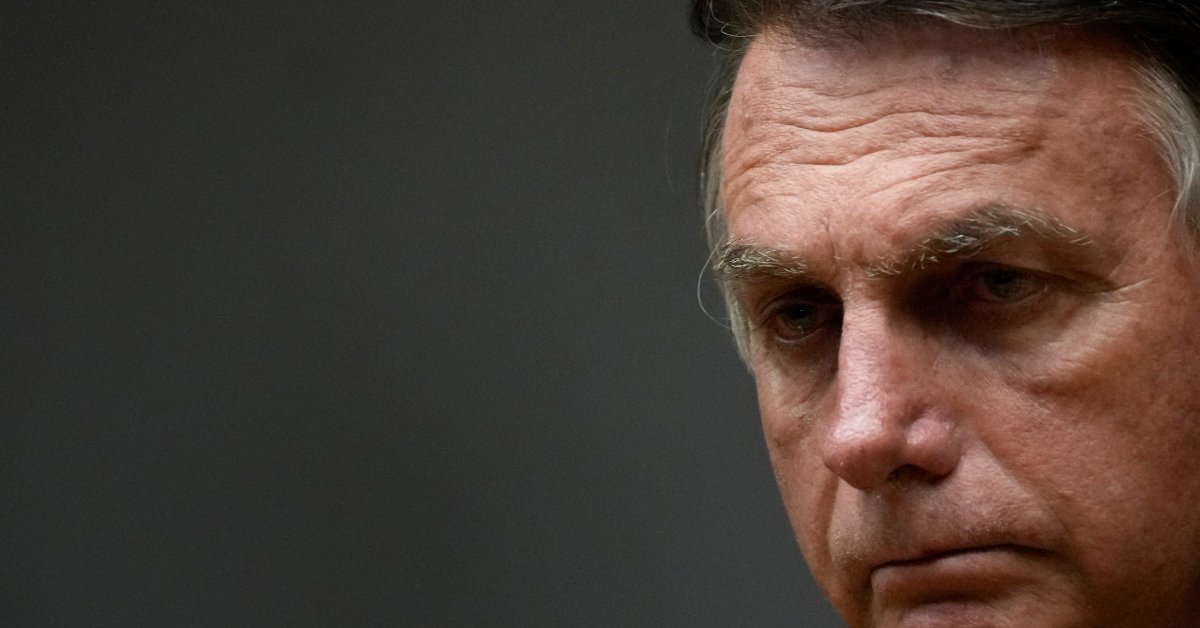 RIO DE JANEIRO — Facebook and Instagram have removed from their platforms a live broadcast that Brazil’s President Jair Bolsonaro delivered in which he said people in the U.K. who have received two coronavirus vaccine doses are developing AIDS faster than expected.

Facebook’s press office confirmed in an emailed statement to The Associated Press that the content was removed Sunday night because it violated Facebook policy regarding COVID-19 vaccines.

“Our policies don’t allow claims that COVID-19 vaccines kill or seriously harm people,” the statement said. The company didn’t respond to AP questions regarding why three days elapsed before the much-criticized content was removed nor whether language barriers played a role, as Bolsonaro was speaking in Portuguese.
[time-brightcove not-tgx=”true”]

The claim was among the most bizarre that the president, who contracted the virus last year and remains unvaccinated, has made about immunization against the coronavirus to date. He spent months sowing doubt about vaccines, especially the one produced by Chinese firm Sinovac. He also warned Brazilians that there would be no legal recourse against Pfizer for anyone suffering side effects, and joked that might include women growing beards or people transforming into alligators.

On Monday during a radio interview, Bolsonaro rebuked criticism he faced for allegedly spreading fake news with his claim about AIDS, and said he had merely read a news article published last October in Brazil. In fact, the media published a loosely related story and which pertained only to the type of vaccine in Russia’s Sputnik shot, which isn’t authorized for use in Brazil, according to fact-checking service Aos Fatos.

Last year, Facebook and Instagram removed posts by the far-right leader that violated community guidelines for COVID-19, including one video in which he claimed the anti-malarial hydroxychloroquine was curing COVID-19 the world over. Broad testing has shown the drug to be ineffective in treating COVID-19. A few months later, Facebook removed dozens of accounts, some used by employees of Bolsonaro and two of his lawmaker sons, for engaging in “coordinated inauthentic behavior.”

But Monday marked the first time Facebook removed one of Bolsonaro’s weekly live broadcasts that serve as a direct channel of communication with his supporters and tend to rack up hundreds of thousands of views.

Bolsonaro has 14.6 million followers on Facebook, and almost 19 million on Instagram. Social media platforms, including the Facebook-owned messaging service WhatsApp, were key for his election victory in 2018. He will run for reelection one year from now. Lately, his allies have been calling on backers to join rival platforms, particularly Telegram.

The Supreme Court’s Justice Alexandre de Moraes is overseeing an investigation into the dissemination of allegedly false news that targets close allies of the president, two of his sons and — as of August — Bolsonaro himself. Last week, de Moraes ordered the preventative imprisonment of a prominent Bolsonaro booster and blogger currently residing in the U.S, and directed the federal police to ask Interpol to put out a red alert.

Facebook’s actions in Brazil come amid a deluge of stories by 17 American media organizations, including the AP, based on internal company documents that show, in many cases, the company failed to adequately and quickly deal with misinformation. The disclosures were made to the U.S. Securities and Exchange Commission and provided to Congress in redacted form by former Facebook employee-turned-whistleblower Frances Haugen’s legal counsel. The redacted versions were obtained by a consortium of news organizations, including the AP.