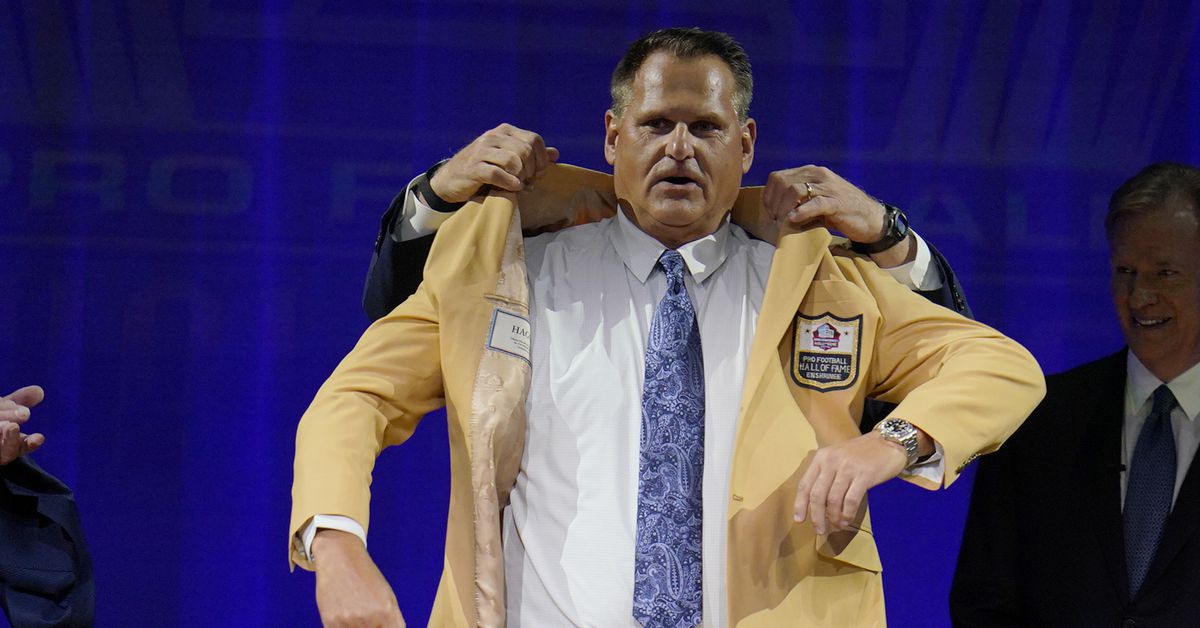 Former Bears left tackle Jimbo Covert took his place at the Pro Football Hall of Fame on Saturday night. He was one of 20 members of the Hall’s centennial class and 2020 class honored — and one of 12 to give a speech — at Tom Benson Hall of Fame Stadium in Canton, Ohio.

A Pennsylvania native and former Pitt player, Covert’s speech touched on former head coach Mike Ditka and ex-teammate Steve McMichael, who is battling ALS. But the highlight, perhaps, was the story he told about Walter Payton, whose hotel room was always adjacent to his.

“When it was a big game, every once in a while that door would fly open and he’d run in and jump right on top of me,” said Covert, a member of the Bears’ Super Bowl team who was, until his election, the only member of his all-decade team not in the Hall. “He’d lean down … and he’d say, ‘Good morning sunshine. Time to kick some [butt].’”

Covert, and the crowd, laughed.

Covert played for the Bears from 1983-90 before retiring because of a back injury. Elected in January 2020, he is the 30th Bears player enshrined in the Hall, the most in the NFL. Defensive end Ed Sprinkle, who played for the Bears from 1944-55, was one of eight posthumous inductees who was enshrined in a separate ceremony April 28 but received a video tribute Saturday.

Bears matriarch Virginia McCaskey, former quarterback Jim McMahon and others traveled to Canton for the enshrinement.