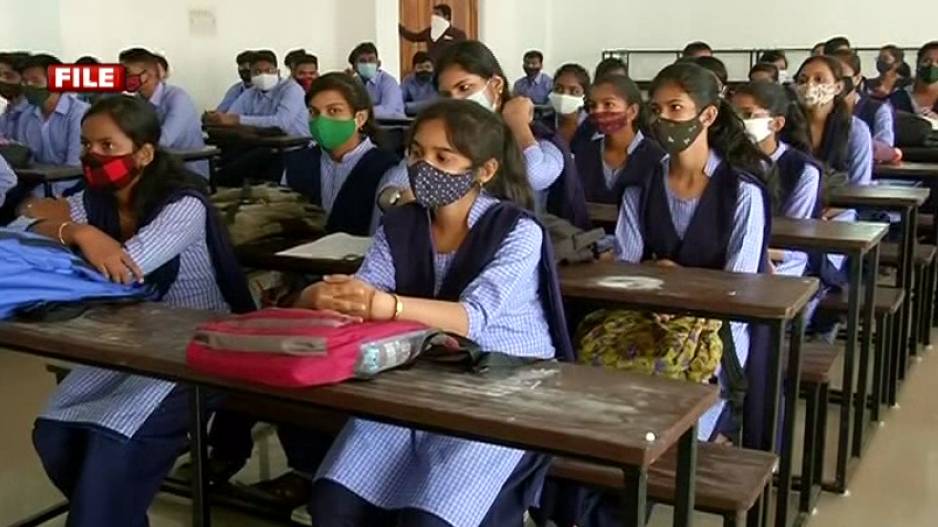 The Council of Higher Secondary Education (CHSE) in Odisha has introduced some major changes in the pattern of conducting the Plus 2 examination.

However, students in government colleges have raised serious concerns over the new patterns fearing malpractices by private colleges in awarding marks to students therein.

The government college students suspect that the students in private colleges might score more if the marks are uploaded by the college authorities. Meanwhile, these students have alleged that several private colleges are enticing candidates for admission with the promise of awarding good marks in the exams.

Owing to the COVID-19 pandemic situation, the board authorities were forced to cancel the +2 exams and the assessment of marks was based on the marks secured by the candidates in class 10. However, this year, the board will conduct internal exams, each of 20 marks, and the final exam will be held at the end of the academic year. While the second year exam of Plus 2 will be monitored and conducted by the Board, other exams will be conducted by the respective colleges and the marks will be allotted by the college authorities.

Such a major overhaul has been introduced by the CHSE as uncertainty still looms over conducting offline exams owing to the pandemic situation. If in case the board is again forced to cancel the second year exams owing to the griming Covid situation, the students will be awarded marks as per the assessment of internal marks and the marks secured in the first year.

Government college students have raised concerns that private college students will score good marks and remain ahead in the race. Moreover, teachers’ associations have also raised questions over transparency in allotting marks.

“We fear that the private college lecturers will confer good marks to their students. Transparency should be maintained in private colleges and the students should get marks in the same format as we the students of government colleges get,” said Suvam Das, a Plus 2 student.

Meanwhile, another Plus 2 student, Kripali Das Mohapatra said, “The students of residential colleges will secure more marks as their lecturers will grant them good scores with aims of publicising their colleges. These private colleges should conduct the exams as per the council pattern so that every student will get the results as per their share of hard work.”

There are around 2035 Plus 2 colleges across Odisha of which 477 are self-financing. Khordha district has the maximum number of self-financing colleges with 74. To maintain transparency in these colleges, stern measures are essential from the initial days of implementing the exam pattern change rules.

“Around one-fourth of colleges in Odisha are residential. Students enrolled in these colleges pay a hefty amount of fees. So, there arises the concern of maintaining transparency. The board should take required initiatives before the situation gets grimmer,” said Golak Nayak, Chairman, All Odisha 662 (+2, +3) Non-Government Lectures and Employees’ Association.

Meanwhile, School and Mass Education Minister Samir Dash has accepted the possibilities of malpractices in the private colleges in allotting marks to the students.

“Considering the rising dissatisfaction among the students and the concerns of malpractices in private colleges, the government is mulling to engage special squads at the examination centres during the exams. Lecturers from other nearby colleges may even be appointed during the exams. We will take the required steps to maintain transparency,” said Dash.

Ascertaining that the Board will be instructed to maintain transparency while conducting the exams and prevent any malpractice, Dash said, “We will give utmost focus on making the arrangements so that the meritorious students don’t suffer.”

However, questions have been raised as to why the CHSE won’t prepare the question papers since if the colleges draft the question papers, there are chances of leaking those to the students. However, students have pinned hopes that the government will soon take a decision to prevent the likelihood of malpractices in private colleges.