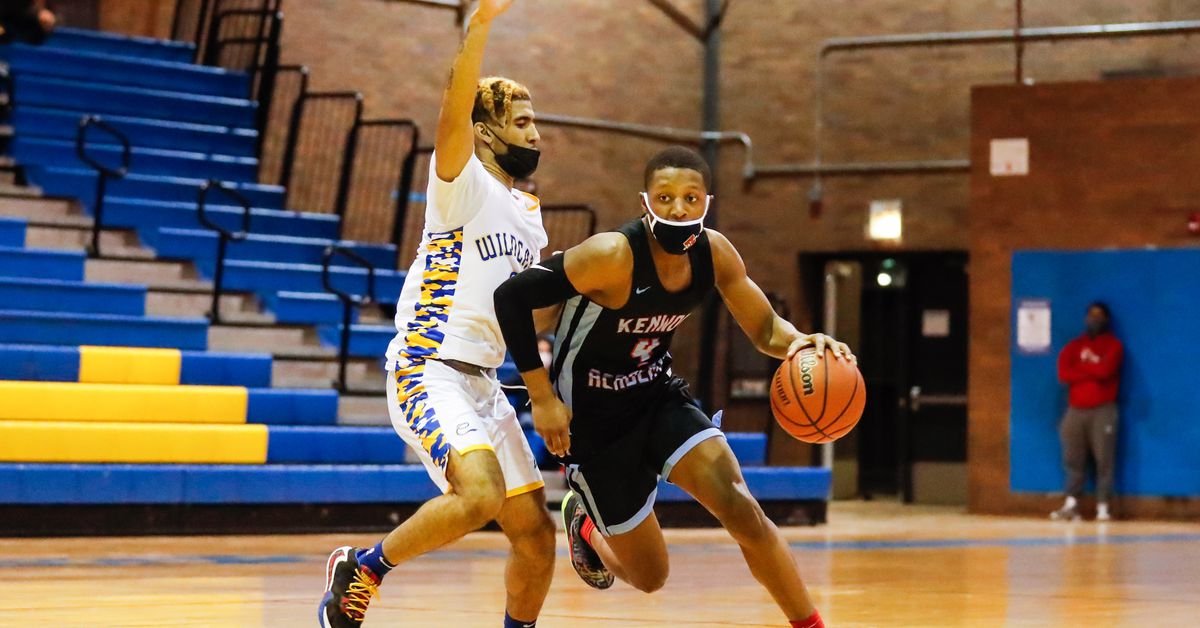 JJ Taylor has left for California. His former teammates at Kenwood say they are proud of him and wish him well. And they don’t think his departure has altered their goals for the season one bit.

“We can win city and state this year,” junior Davius Loury said. “We are ready to go. We had some team bonding and we have plenty of chemistry.”

That’s a lot of new pieces to blend together with Loury, who arrived from Simeon last year and Ames, who transferred from Bloom last year. Irvin is not concerned.

“Everyone fits my style,” Irvin said. “We get up and down. It’s showtime. Throw it off the backboard but then go play defense. I haven’t met too many guys that don’t like my style.”

Jumping jack Calvin Robins, a 6-5 sophomore, will get a chance to contribute immediately. The entire city has already heard of freshman Bryce Heard. Irvin says Heard is special and has the potential to be one of the best players the city has ever produced if he continues working hard.

Kenwood will play a national schedule, with games at major events in Massachusetts, South Dakota and more.

Pettigrew was very impressive at Fenwick as a sophomore. He should be one of the state’s best players.

“He flies,” Irvin said. “He’s jumping even higher now than he was in the summer. He’s probably the most athletic guard in the class.”

“I have a lot to prove this season,” Pettigrew said. “I’m just going to play the best I can and prove a lot of people wrong.”

Ames and Loury have received rave reviews on the summer circuit but haven’t had a chance to make an impact yet in high school. Ames can’t wait.

“The bigger the game is, the more I come out and play my game,” Ames said. “I like the big games.”

Irvin is the head coach of the Mac Irvin Fire club basketball team and was an assistant to his brother Nick at Morgan Park for many years. This will be his first full season as a high school coach, but he’s spent his life around Chicago high school basketball so nothing will be new to him.

Kenwood is undoubtedly talented and capable of beating any team in the state. But it’s hard to lose the nagging feeling that basketball fans missed out on something special when you imagine this group with Taylor as the headliner.

Irvin and his players are used to things changing quickly, used to new faces and new places.

“Losing [Taylor] wasn’t what we planned,” Irvin said. “But I haven’t been around many teams where you can lose a top national kid and then still have two of the best players in that class [Ames and Loury]. That’s special.”

Listen to the season debut of the No Shot Clock high school basketball podcast. Michael O’Brien and Joe Henricksen break down the preseason Super 25: