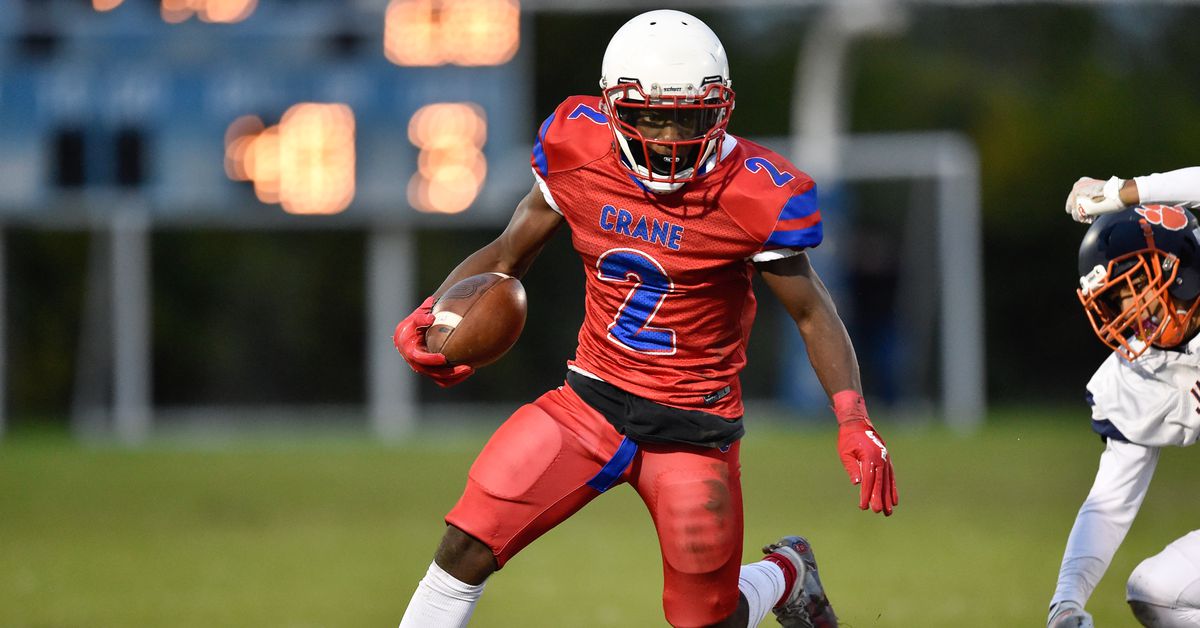 Crane senior Jaylen Scott turned to the crowd, raised his head high and screamed “We did it!” twice as the clock ticked down the final seconds of the Cougars’ 36-6 win against Pritzker at Rockne Stadium on Thursday.

Scott wasn’t just celebrating an undefeated season. The smile on his face was well-earned. The running back-defensive back has garnered interest from FCS schools and will play college football.

“Morgan State and North Carolina Central have been in contact with me,” Scott said. “And I have some more.”

It’s difficult to imagine how unlikely that would have seemed a year ago for Scott. Crane didn’t play football in the spring because of the pandemic, so he had no junior year. Then the Cougars brought in a new coach.

All of that on top of Crane playing in the Public League’s Chicago State Street conference. The Chicago conferences aren’t eligible for the state playoffs, so they are basically ignored by the state’s football media.

“There was no season junior year, so I had to work so much harder,” Scott said. “I had nothing. No offers, no interest. I knew I had to play with everything I had this season. I thought we had to win every game.”

Scott is a hard hitter on defense and a speedster out of the backfield. He had 11 carries for 86 yards and one touchdown and grabbed an interception in the fourth quarter.

Cougars coach Ivan Simmons, who moved to Chicago from South Carolina to take the job, has another star on his hands in junior Darrian Towns.

Towns had four carries for 78 yards and two touchdowns and returned an interception 99 yards for a touchdown in the second quarter.

“[Towns and Scott] have been the backbone of the team this season,” Simmons said. “We went as far as they took us this season. That’s why [Scott] picked up all the interest from the FCS schools.”

Chicago conference teams don’t play in the Public League playoffs, but CPS schedules their Week 9 games based on the season results.

Simmons isn’t sure if Crane will play next week.

“The goal this season was to come out and be competitive and build a program here at Crane,” Simmons said. “So we’ve accomplished a lot. I guess I’ll wait for a call and see if we play next week.”

The Jaguars had a disastrous first minute of the game. Crane kicked off to start, but no Pritzker player managed to corral the ball and the Cougars recovered it at the 26 and scored in two plays.

Then senior Enrique Rivera, the Jaguars’ starting quarterback, was injured on their first series and never returned.

Sophomore Anthony Goulet stepped in and played quarterback for the first time. He was 6-for-17 passing for 39 yards with one touchdown and two interceptions.

“I’m proud of the kids,” Jaguars coach Gary Butler said. “They fought back. I’m lucky to be their coach.”