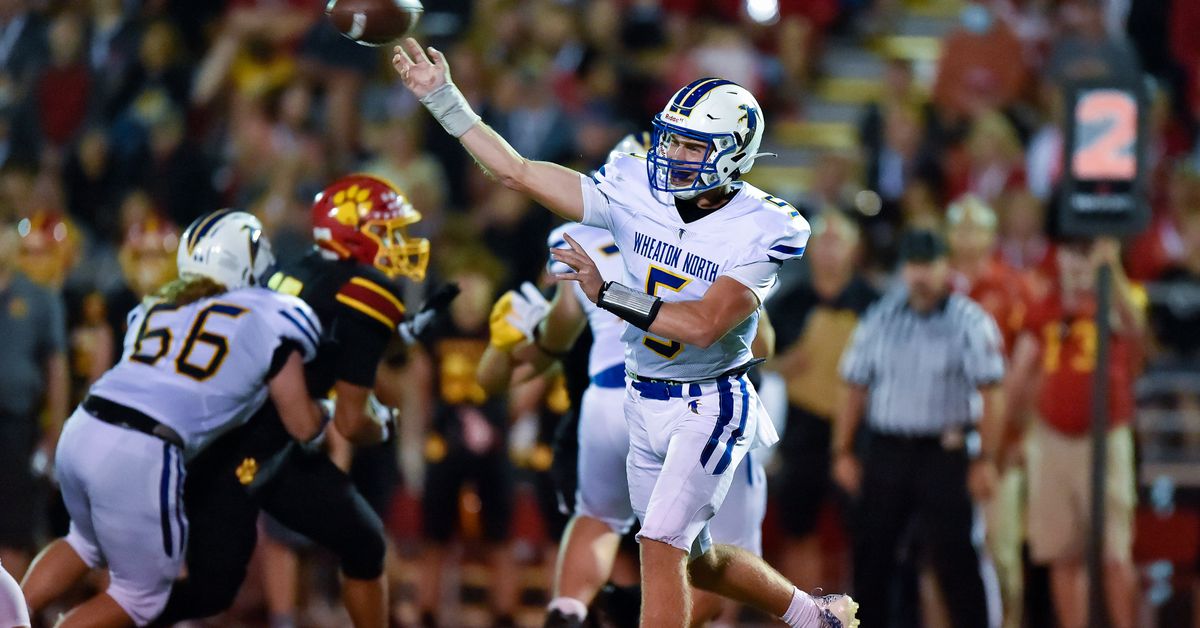 The three best teams in Class 7A are all bunched together in the top of the bracket. Only one of Batavia, Mount Carmel and Brother Rice will advance to the semifinal.

The Bulldogs are undefeated and the top seed. The 7A bracket is seeded from 1 to 32 based first on record, and second on the combined wins of all opponents. There were seven teams in the field with one loss or fewer, which is how the 7-2 Crusaders became the nine seed.

Mount Carmel will actually be playing a road game in the first round, traveling to South Holland to face Thornwood. That could give the Caravan a boost in the second round.

If Mount Carmel and Batavia win, the second round matchup between the two powerhouses will be played in Chicago.

The Caravan, with almost an entirely new team, was expected to struggle early and gain experience and confidence through the season. That’s not what happened. They young team was among the area’s best from the start, opening with wins against St. Rita, Phillips, Notre Dame and Marist.

Mount Carmel gave top-ranked Loyola a stern test in Week 9, losing 21-19. The Caravan is ready to win now and would be favored to win at home against Batavia.

Class 7A favorite: Brother Rice. This was a tough call. Batavia had a tremendous season. The Crusaders are the more talented team but the Bulldogs are winners. Batavia has pulled out overtime wins against Wheaton North and St. Charles North and a late win against Glenbard North. Most of those heroics were at home though. Winning a second-round game in Mount Carmel’s tiny wasp nest is a lot to ask.

Top contender: Mount Carmel. This isn’t Chicago bias. It’s entirely possible that Batavia is better than the Caravan, but the home field advantage referenced above is too much to overlook.

Bracket buster: Wheaton North. Guess what? The Falcons are the team that would face the Mount Carmel/Brother Rice/Batavia winner in the semifinals. The 7A bracket is incredibly top heavy. It wouldn’t be much of a surprise to see Wheaton North holding the trophy in DeKalb either. Quarterback Mark Forcucci, a Holy Cross recruit, is an experienced senior leader and the Falcons defense has limited six opponents to eight points or fewer.

Best first round game: Yorkville at Plainfield Central. The Wildcats, who will host again, beat Yorkville at home 28-13 back in Week 2. The Foxes showed some real backbone last weekend though, knocking off Oswego 48-26 in a must-win game for their playoff lives.

Also keep an eye on Wheaton Warrenville South at Brother Rice. It isn’t out of the realm of the possibility that Jack Lausch and the Crusaders stumble right out of the gate. The Tigers have had an up and down season but their defense has been solid lately, allowing just 23 points total in the final three games of the season. They are also on a roll, having knocked off a ranked Glenbard North squad in Week 9 to secure a playoff spot.

Toughest path to title game: Brother Rice. The Crusaders may have to beat three teams that were ranked at some point this season just to get to DeKalb.