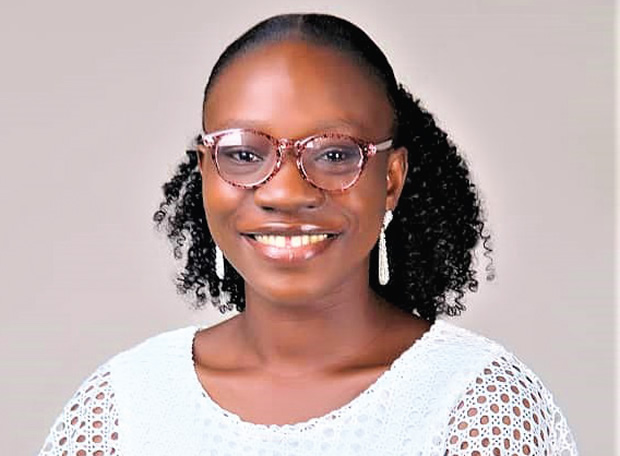 Bedwetting, medically called nocturnal enuresis, refers to the unintentional passage of urine while sleeping. While bedwetting, which occurs mostly at night, may not be worrisome for children, it is frustrating and demoralising for adults. 27-year-old Tolulope Joseph who battled with the condition for 25 years shares how she overcame the troubling experience. LARA ADEJORO reports:

For 25 years, Tolulope Joseph’s nights were riddled with fears, insecurity, and shame because she was trapped in a problem she didn’t know how to solve. She grew up to know herself as a perpetual bed-wetter, despite efforts by her family members and loved ones to find help for her.

She wallowed in low self-esteem; she was beaten and ridiculed. There were nights she was denied food and restricted from drinking water because of her predicament.

Most days, she went to school sad, thinking how she was going to overcome it. She hated going to sleepovers because she would not want people to know.

However, two years ago, Joseph started noticing that her nightly bedwetting experience was gradually becoming dry.

Recalling, the Ogun State indigene said, “Children didn’t want to associate with me but they would come around me when it comes to academics because I was brilliant; bedwetting was a stigma in my life.

“I remember my grandparents had to go all the way to prepare a concoction for me when I was about 10 years old and I couldn’t reject it because I was also desperate for a way out.

“Anytime my grandmother went to the market, she bought whatever anyone told her that could help because she wasn’t happy either, and she was ready to do anything to assist me.

“I did a lot of sneaking in and out of the house, trying to tidy up the mess after bedwetting. Nobody was able to think that the issue could be medical; nobody ever mentioned going to the hospital. All we were trying was traditional medicine but they never worked.

“I remember my grandmother was always telling me to kneel before the traditional grinding stone and beg it not to allow me to bed wet. I used to greet the electric pole, too.”

Dr. Adeola said all children older than five years with enuresis should undergo a urologic evaluation, as it could be hereditary from an enuretic father.

He said the causes of enuresis can be primary or secondary.

A Consultant Clinical Psychologist at the Lagos University Teaching Hospital, Idi-Araba, Dr. Charles Umeh, says children who wet their bed usually have low self-esteem, restrictions on social activities, and are at risk of emotional abuse.

“A child who bed wets may find it difficult interacting with peers because it comes with a lot of embarrassment and frustration. They are going to have low self-esteem; they may even get depressed, and in some cases, if they can’t find a solution to it, some of them may start contemplating suicide,” Umeh said.

Joseph had thought she would outgrow the condition when she got into secondary school or the higher institution but her hope was dashed.

She began to research into the condition when she was teased by some of her family members that her mother had bed-wetted for years.

“That was when I thought of really giving it attention. I did my research and discovered that enuresis can be genetic. I asked my mum and she said she had it till when she was 18. At that time, I became curious because if my mum could have the same experience, then there should be a link.

“My family members got used to it and I was used to the abuses too. I remember one of my aunties took me to a lot of churches. I remember drinking a lot of perfumed water but it didn’t work,” she told PUNCH HealthWise.