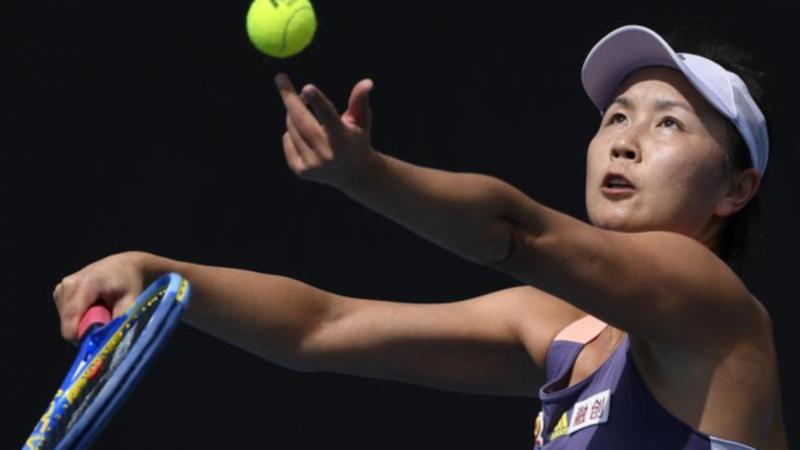 The Athletes Commission of the International Olympic Committee (IOC) has joined the chorus of support for Chinese tennis player Peng Shuai.

Former doubles world No.1 Peng has not been seen or heard from publicly since she said on Chinese social media on November 2 that former vice-premier Zhang Gaoli coerced her into sex and they later had an on-off consensual relationship.

“Together with the worldwide athlete community, the IOC Athletes Commission is very concerned about the situation of three-time Olympian Peng Shuai,” the commission, made up of athletes elected by their peers, said in a statement.

A two-time doubles Grand Slam winner and former world number one doubles player, Peng competed for China at the 2008, 2012 and 2016 Olympics. Beijing will host the 2022 winter Olympics in February.

“We support the quiet diplomacy approach that is being taken and hope it will lead to the release of information about the whereabouts of Peng Shuai and confirmation of her safety and well-being,” it said.

The International Olympic Committee has said only that it believed “quiet diplomacy” offered the best opportunity for a solution.

The Women’s Tennis Association (WTA) has threatened to pull tournaments out of China, and the men’s ATP has demanded clarity from the Chinese authorities. The United States has called for proof of Peng’s whereabouts and safety.

The United Nations Human Rights Office has also expressed concern and on Saturday the All England Lawn Tennis Club, which runs the Wimbledon tournament, added their voice.

It said: “We are united with the rest of tennis in the need to understand that Peng Shuai is safe. We have been working in support of the WTA’s efforts to establish her safety through our relationships behind the scenes.

“Along with the global tennis community, we would like Peng Shuai to know that her wellbeing is of the utmost importance to us, and we will continue to work to gain clarity on her safety.”

Global Times editor-in-chief Hu Xijin, a prominent state-media journalist, said earlier on Saturday that Peng has been staying at home “freely” and will make a public appearance “soon”.