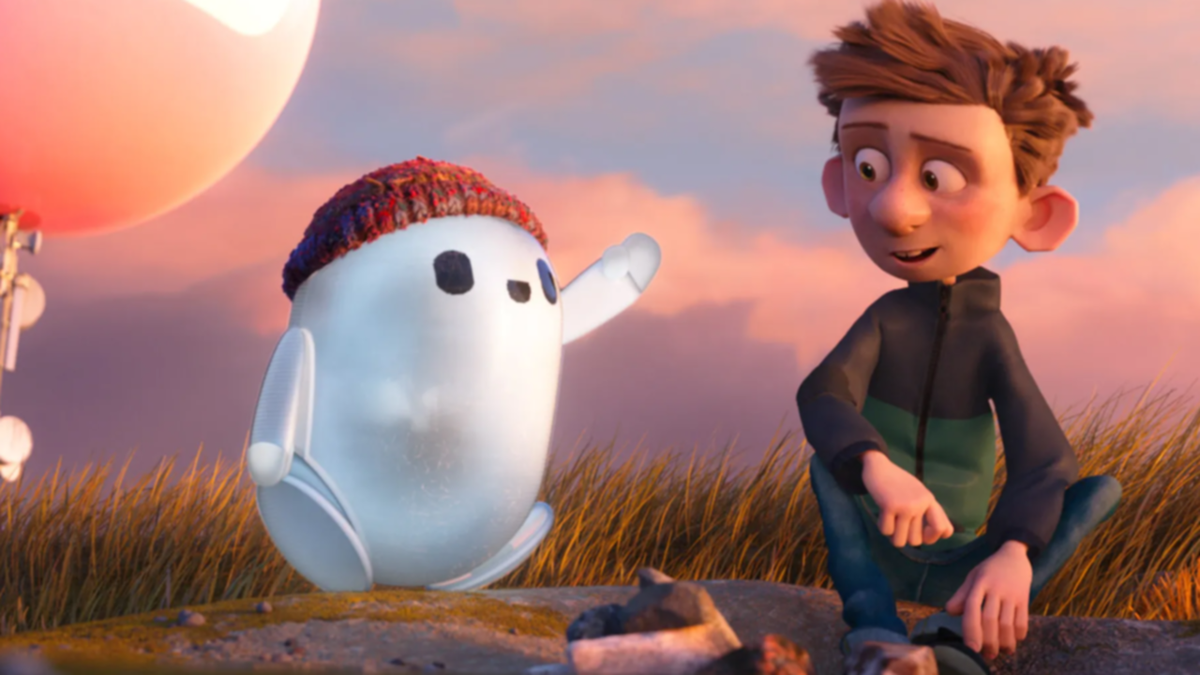 He’s the face of the most awkward, and hilarious content on the internet, and now Zach Galifianakis is skewering technology in a heart-warming animated comedy about a boy and his malfunctioning robot.

“Initially I didn’t really understand the social and economic importance (of the film) – I just loved it because the character had some funny lines,” Jack said.

“But then as the years went on, as I participated more and more, you know, actually for like the first two years of doing this movie, I had no idea what it was about.

“I just knew that it was a kid and a robot and some complications, but then I peeled back the layers of the onion and I realized that there are so many more aspects to this picture, that there’s more than meets the eye.”

He is missing the one thing that ensures popularity with his classmates – a B*Bot – a walking, talking, digitally connected device that promises to be ‘your best friend out of the box’.

On the first day of school, Barney, who lives with his well-intentioned but distracted dad Graham (voiced by Ed Helms), his eccentric Bulgarian grandmother, Donka (Olivia Colman), and their crazed goat, learns quickly that without a B*bot, he is doomed to social Siberia.

For Galifianakis, creator of the infamous internet ‘chat show’ Between Two Ferns, the theme of fitting in at that age struck a chord.

Between Two Ferns, a fake talk show hosted by Zach since 2008, has come a long way from humble beginnings as a simple sketch on the website Funny or Die.

Zach says the show wasn’t born from his own experience of participating in awkward film junkets to promote film projects, “because when I came out with Between Two Ferns, I was not doing any junkets, and (the show) to me was more of a reaction to the worship of celebrity culture.”

“I always say, who needs Ambien (a medication used for treatment of sleeping problems) when you have an actor talking about their next project.”

His latest project is definitely no snooze, striking a perfect balance between heart and humour that is sure to delight generations to come.

For more on the best films to catch on the big screen, don’t miss Jabba’s Movies, streaming now on 7plus.