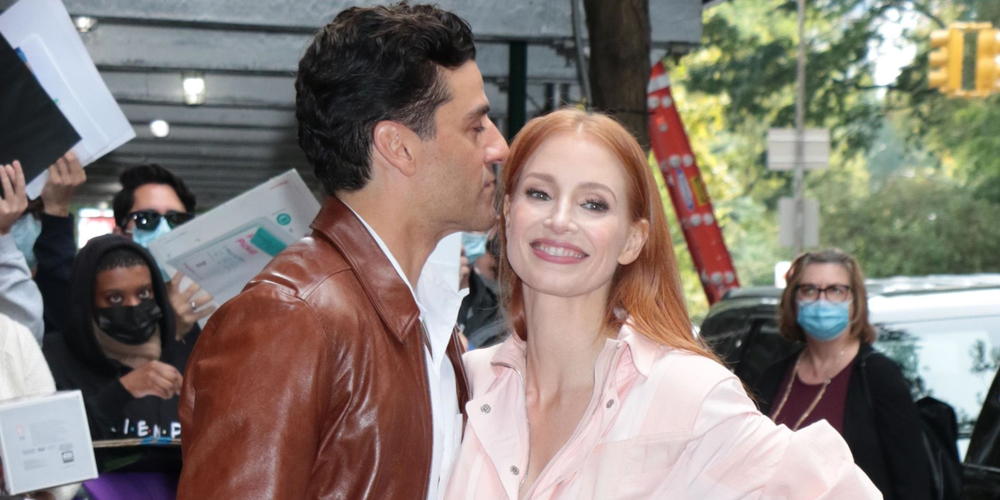 Oscar Isaac leans in to give Jessica Chastain a kiss on her temple following a visit to The View to promote Scenes From A Marriage in New York City on Tuesday (October 12).

The two actors and close friends opened up in a recent interview on how they put their friendship at risk by filming the HBO series during the middle of the pandemic, when nerves and emotions were heightened and on edge.

“It also became difficult and quite painful in later episodes where not only are we verbally but physically hurting each other,” Jessica noted. “When you’re filming those scenes with someone that you really love – because there’s deep love between Oscar and I – it becomes very complex and difficult to navigate. And I think you see it in the work.”

She adds that “it was a raw shoot for both of us and thank goodness our friendship is OK and we keep talking and our families have vacationed together and spent a lot of time together.”

Jessica continued, “But while we were shooting it, at the very beginning, I looked right at him and I said ‘are we going to be friends after this?’ because it felt way too upsetting and too intense. But I’m very happy to say that we are still very good friends!”

Just a few days before, Oscar and Jessica stepped out for the series finale screening together.