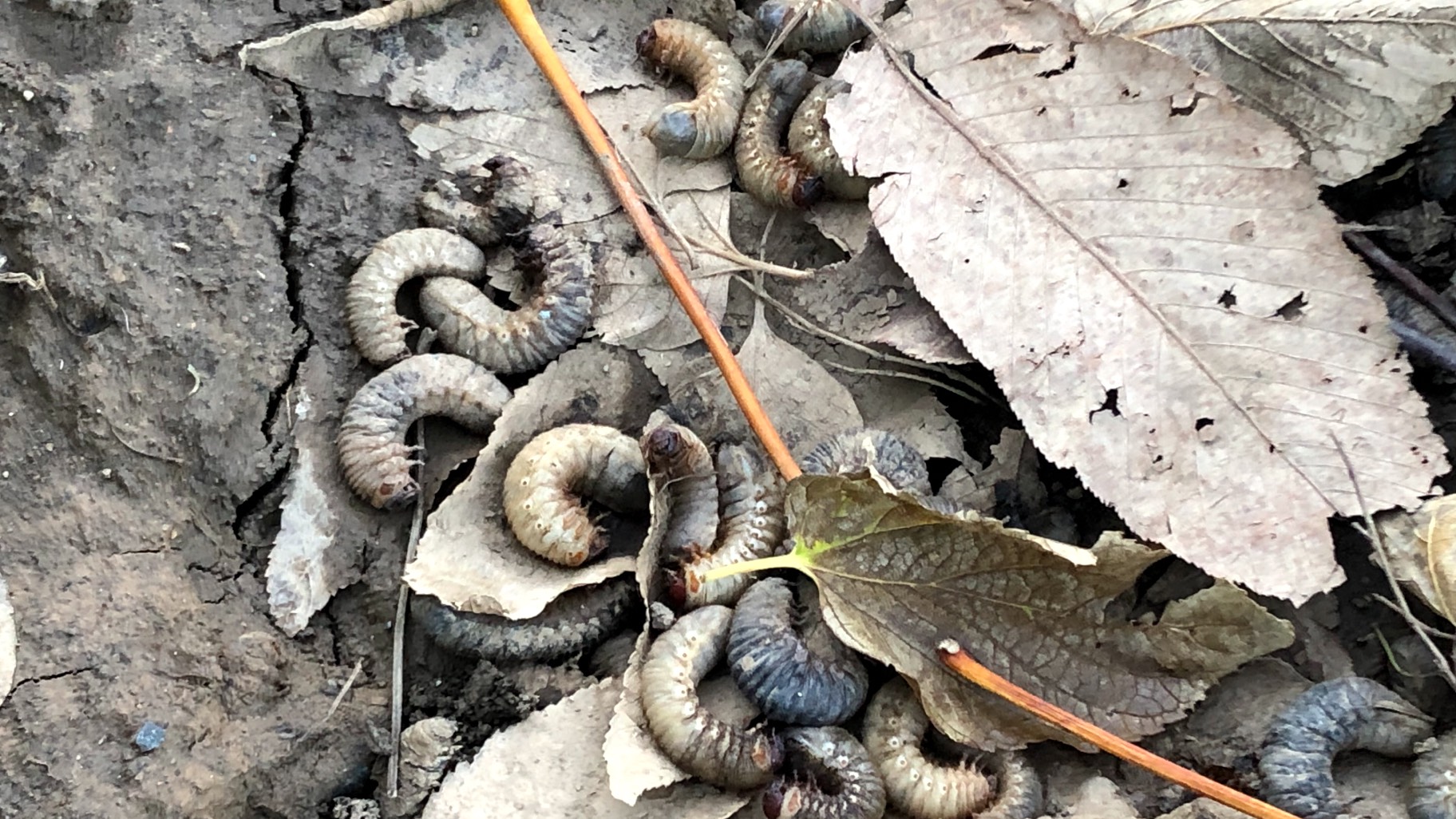 The mystery grubs that ate their way through a sizable portion of Lincoln Square’s Welles Park have been unmasked: They’re the larvae of the June beetle, according to the Chicago Park District.

So the whodunit’s been solved, but the how of the freak infestation at Welles (and, to a lesser degree, at nearby Winnemac Park) is still a big question mark. And the grubs aren’t talking.

“Beetle grubs are often present in smaller numbers in many parks,” said Park District spokeswoman Michele Lemons. “We have not determined the cause for the grub population surge, but experts have suggested that the weather patterns may have contributed to the large numbers.”

The grubs have decimated large swaths of turf at both parks, dining out on plant roots and tunneling through the soil. Hordes of them surfaced on park sidewalks and paths — a June beetle calling card, along with a habit of crawling on their backs.

Though there are natural biological controls that can be applied to combat an infestation, including microscopic organisms called beneficial nematodes, the size of the grubs in question at this late stage of their development calls for a chemical treatment.

The Park District will be using Dylox, Lemons said. Treatment has been scheduled for Thursday at Welles and next week at Winnemac. People should avoid the affected areas for one to two hours after the chemical is applied, she said.

Or perhaps longer. According to experts, targeting larvae at this stage can lead to a large number of dead, smelly grubs on the surface. Looky-loos, consider yourselves warned.

The Park District will fertilize and seed the fields next week, and seed again in the spring as soon as weather allows.

“The field will remain closed until we have adequate root growth to withstand typical use from sports. No organized sports will take place until the grass is established,” Lemons said. “Depending on weather conditions this fall
(and) spring, the fields will reopen for use between late May and late June. We will do our best to get the fields open for play as early as possible.”

Between Welles and Winnemac, the Welles Park Parents Association organizes nearly 1,000 baseball and softball games in the spring. The group is exploring alternatives, with the goal of providing “as close to a ‘normal’ spring 2022 season as possible.”