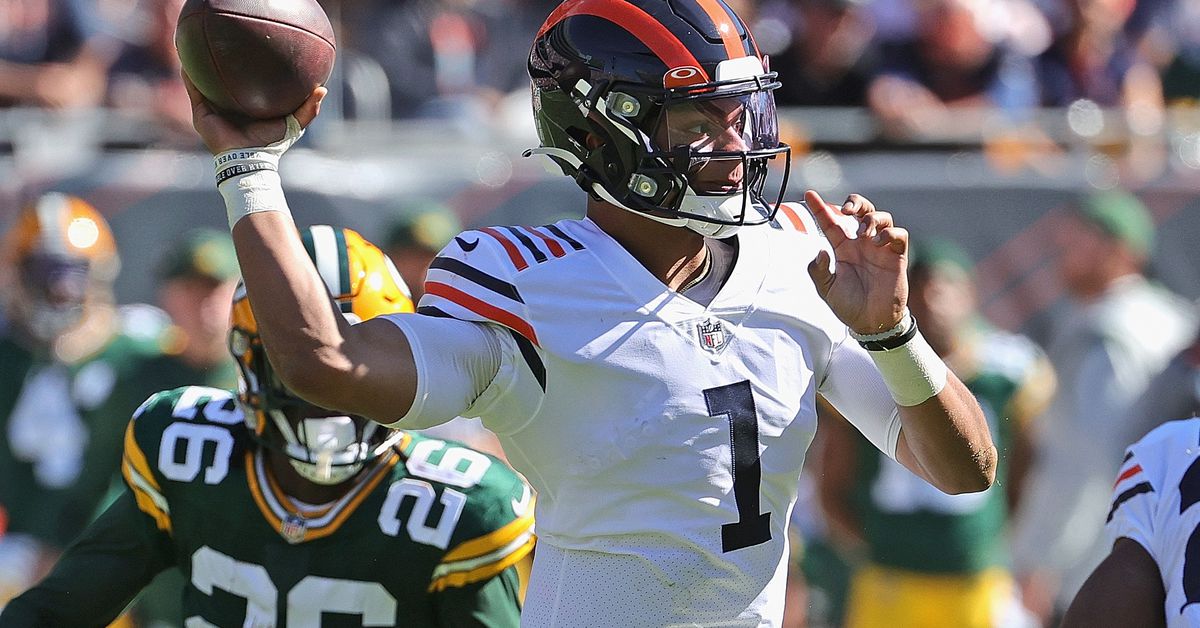 “We went into the Cleveland game and we probably put too much on his plate mentally, decision-making wise,” coach Matt Nagy said, referring to the debacle against the Browns in Fields’ first start in Week 3, when he was sacked nine times and threw for 68 yards in a 26-6 loss. “We’ve scaled back with that and it’s helped him. He’s done a really good job.

“I think what we’re doing is we’re finding some throws that we see he does well within the offense, so we want to do more of those.”

But Nagy insists he sees progress that might not be as easily discernible to the naked eye.

Both Nagy and quarterbacks coach John DeFelippo pointed to Fields’ improved ability to read defenses and make decisions off what he sees — basically play quarterback — as indicators that Fields eventually will get there.

“His decision-making in general has been pretty good, and that’s growing,” Nagy said. “Once he keeps getting that better and better, the athletic stuff of making plays and making throws is gonna come.”

Nagy pointed to a pair of three-play sequences as evidence Fields is making progress. On the opening drive, he made a tough throw look easy on an 11-yard pass to Darnell Mooney near the left side line. He followed that with another pinpoint throw, dropped perfectly between two defenders for a 20-yard completion to Allen Robinson. And then a deep throw to Marquise Goodwin that drew a pass interference penalty on Packers cornerback Isaac Yiadom for a 26-yard gain to the 1-yard line.

“His second- and third-level throws have gotten better and better each week — that’s the No. 1 thing that sticks out,” DeFilippo said. “When he cut that post loose [on the Goodwin pass interference play] and saw that with the safety cheating over towards the left hash — that was a real, real play.”

The other three-play series was in the third quarter. Fields checked down to running back Khalil Herbert for an eight-yard gain, made a quick throw to Damiere Byrd on a smoke route that Byrd dropped. And an 11-yard throw to Mooney on an RPO. Modest results, but a good sign, Nagy said.

“Decision-making, that was different,” Nagy said. “Those were [quarterback] decisions. I loved that.”

Nagy also pointed to the Bears’ 10-play, 80-yard touchdown drive in the fourth quarter as a sign of things to come.

“We were challenged with some different things within that — whether it was a scramble, decision-making, a throw,” Nagy said. “That was one of the better drives of the season — and for sure, I think, Justin’s best. That’s what gets you excited. Now we need to do more of that. And how do we get that?”

That’s a good question. Not only how, but how soon?