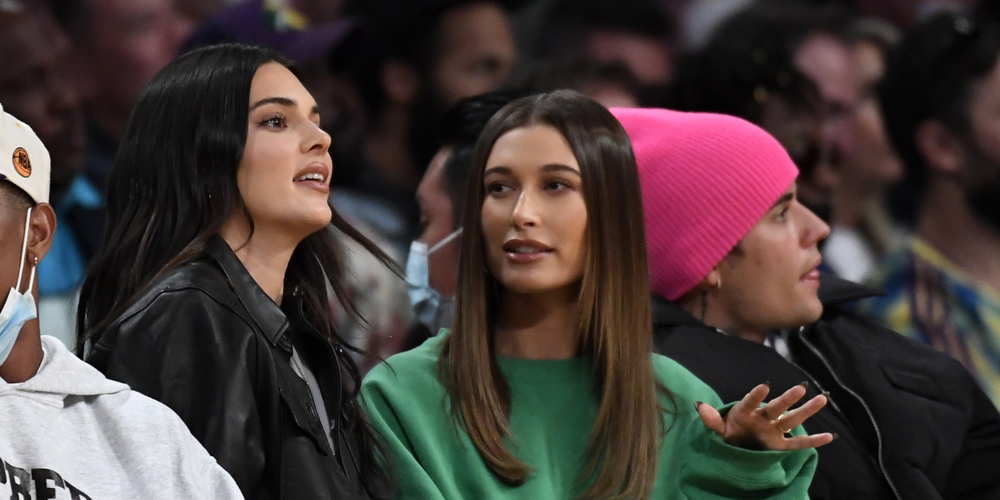 The two longtime friends were joined by Hailey‘s husband, Justin, who wore a bright pink beanie to the game.

Kendall was cheering on boyfriend, Devin Booker, who plays for the Suns. The Arizonian team won the game, 115 to 105.

Following the game, Hailey cozied up to Justin wearing a green pumpkin face sweater, and matching her lime green bag to it.

Over the past weekend, Kendall and Hailey were seen grabbing a late night dinner together.

If you didn’t see, Kendall got called out by Devin in a cute way, and she had a great reaction!

Click inside to see 10+ pictures of Kendall Jenner, and Hailey and Justin Bieber at the Lakers vs. Suns basketball game…