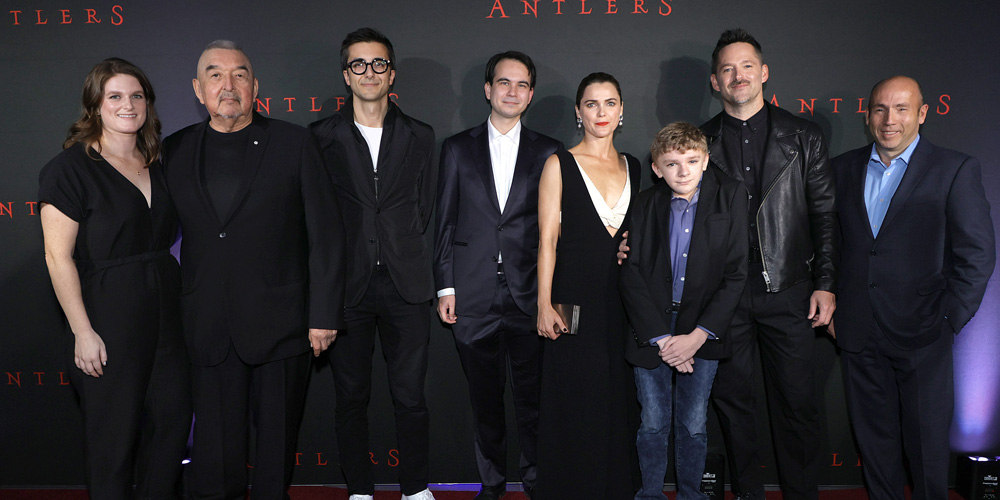 Keri Russell hits the red carpet for the premiere of her new movie, Antlers, at Regal Essex Crossing on Monday (October 25) in New York City.

The 45-year-old actress met up with her co-stars Graham Greene and Jeremy T. Thomas at the event, as well as producers Nick Antosca, Henry Chaisson, and J. Miles Dale and director Scott Cooper for the special screening.

Here’s the summary: In an isolated Oregon town, a middle-school teacher and her sheriff brother become embroiled with her enigmatic student, whose dark secrets lead to terrifying encounters with a legendary ancestral creature who came before them.

Antlers, which also stars Jesse Plemons, will open this weekend in theaters.

Earlier in the day, Keri was seen promoting the movie on GMA.